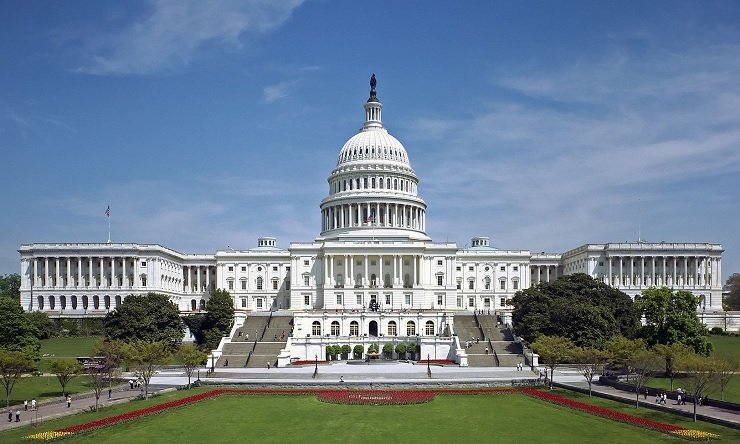 It hasn’t gotten much coverage in the mainstream media, but a number of Senators and U.S. Representatives have taken to the floors of Congress to raise the warning about infanticide. The Senate held a vote on the issue on Feb. 25. Here is a sampling.

In New York, Governor Andrew Cuomo recently signed legislation that legalizes abortion not just at the point a fetus is viable outside the womb, but right up until delivery. As egregious as this law is, it pales in comparison to efforts in Virginia that sparked outrage across the country.

[Virginia House members] recently proposed barbaric legislation that would repeal all restrictions on third-trimester abortions. The repeals include the requirement that two physicians certify that a third-trimester abortion is necessary to prevent the woman’s death or impairment of her mental or physical health. Appallingly, the legislation would allow abortion even at the very end of pregnancy just as a woman is going into labor.

During a radio interview, Virginia Governor Ralph Northam defended the proposed abortion bill and has now come under fire for casually discussing how the law would permit an infant to die on the table shortly after birth.

Shockingly, Governor Northam and [Virginia House members] don’t see anything wrong with this horrifying scenario. Instead, they argue they are simply “protecting a woman’s constitutional right” because she requested an abortion moments prior to delivering a child.

Governor Northam made an ill-fated attempt to clarify his comments that this would only happen if the infant had an abnormality, but he only succeeded in confirming his original intent. For those on the left who would seek to justify their radical abortion agenda due to a child’s “abnormality,” I would urge them to listen to the arguments by John Franklin Stephens and reconsider trading the lives of the unborn for the votes of radicals who would.

Dr. Alberto Giubilini and Francesca Minerva — published an outrageous paper in the Journal of Medical Ethics, justifying the deliberate, premeditated murder of newborn babies during the first hours, days and even weeks after birth.

The ethicists said: “When circumstances occur after birth that would have justified an abortion, what we call after-birth abortion should be permissible.” In other words, the same conditions that would justify the killing of a baby in utero justifies the killing of that baby even when she is born. They — these two individuals — made it clear that because a child does not have dreams about the future at birth, that that somehow is a disqualifier to personhood.

The infanticide that they proposed, Mr. Speaker, is here. After-birth abortion is here.

A couple of weeks ago, New York Governor Cuomo signed into law a bill to allow abortion until birth; it even removes penalties for infanticide. Other states including Virginia, Rhode Island and New Mexico have similar anti-child statutes under consideration.

The violent assault on children, Mr. Speaker, must end.

Not only have over 61 million unborn babies been killed since 1973 by either dismemberment, where the child is torn apart, arms and legs and torso literally dismembered, or by chemical poisoning — a death toll that equates with the entire population of Italy—but the pro-choice crowd now is legislating to extend the violence after birth.

Mr. Speaker, we cannot look away when a child’s fundamental human rights are being violated with such lethal actions. Pass the Born-Alive Abortion Survivors Protection Act now. Mr. Speaker, give us that chance to vote on this.

I call “born-alive abortion” what it is: Infanticide. No matter how our stances on abortion might vary, I hope we can all agree that if an abortion fails and a child is born alive, the child must be given the same medical care that any other living, breathing infant would otherwise be given.

I cannot express how strongly I support the Born-Alive Abortion Survivors Protection Ac, a bill I cosponsor that would protect babies who are born alive during botched abortion procedures. I cannot fathom how any person would oppose it, but every single member of Congress should be forced to vote either for or against infanticide. The American people deserve to know where each of us stands on this humanitarian issue.

How did they vote on Infanticide?

So far, the only relevant vote in this session of Congress is a Senate Bill, “A bill to amend title 18, United States Code, to prohibit a health care practitioner from failing to exercise the proper degree of care in the case of a child who survives an abortion or attempted abortion.”

To find out how a particular Senator voted, click here (scroll down to see the votes listed by home state):

I want to ask each and every one of my colleagues whether we’re okay with infanticide. This language is blunt. I recognize that and it’s too blunt for many people in this body. But frankly, that is what we’re talking about here today. Infanticide is what the Born-Alive Abortion Survivors Protection Act is actually about. Are we a country that protects babies that are alive, born outside the womb after having survived a botched abortion? That is what this is about. Are we a country that says it’s okay to actively allow that baby to die — which is the current position of federal law? That’s the question before us, plain and simple… Despite opposition and setbacks, despite some strange rhetoric about this bill over the course of the last week, I am hopeful in the long term. Deep down, each of us knows that every member of our human family ought to be protected, and deserves to be cherished and loved. The love we see every day in the eyes of moms and dads for their newborn babies is an inescapable reminder of that fundamental truth. Love is stronger than power.