Modesty: In Scripture and in Life 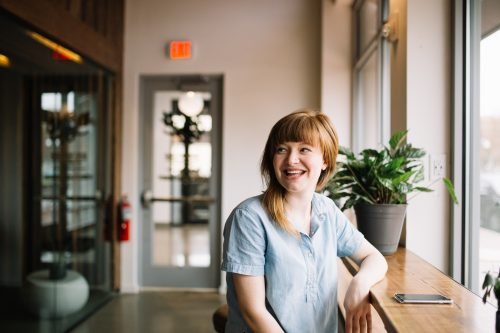 In Genesis, we read that Adam and Eve became “one flesh” and were “naked and not ashamed” (Genesis 2:24-25). This refers to the original union between Adam and Eve — a union with one another, within themselves, and with God. But as we know, this intimate union was soon shattered by sin.

It’s in this context of a fallen world that Karol Wojtyla (later Pope John Paul II) takes up the issue of shame in his book, Love and Responsibility. First, he notes that shame is a phenomenon of the human person — only persons experience shame.

For John Paul II, the person is a unique entity of inherent dignity and worth; in his famous two-fold dictum (the personalistic norm):

Thus, when it comes to persons, negatively, they cannot be used as mere objects; and, positively, they must be loved.

It is in this sense that pornography reveals — not too much, but too little: that is, too little with respect to the whole dignity of the person; it incites the viewer to see only one aspect — the sexual values — as all that matters. Pornography, therefore, “obscures the essential value of the person.”

The first place to start is intent (see my wife’s book, Emotional Virtue, ch. 10). Wojtyla writes: “What is shameless in dress is that which clearly contributes to a deliberate obscuring of the most essential value of the person by the sexual values” — that is, when someone deliberately seeks to accentuate their sexual values in a way that overshadows their true dignity as persons.

In terms of concrete specifics, Wojtyla points to the consideration of function for an outfit, for example, “during physical labor in hot weather, while bathing, or at the doctor.” If the clothing essentially serves the function, then it’s not immodest: “When a person uses dress like that within the framework of its objective function, then we cannot see shamelessness in this.”

But Wojtyla then follows, noting that to employ such dress outside the context of its specific function does become immodest. For the dress no longer serves the function, but is obviously done for some other reason, presumably to get attention.

A common place where people struggle with modesty is at the gym. On the one hand, one might say that work out clothing (often tight and revealing) serves the function of working out. And to some extent, this is true. But here’s the question I would pose: would you wear this same outfit if there were no mirrors around (say, at a local fitness center), or if you thought no one would see you? If the answer is “no,” then the outfit is not just about function.

Again, the way in which Wojtyla treats pornography is instructive here: “This tendency aims at evoking in the recipient … a conviction that the sexual value is the only essential value of the person.” But if we are true to ourselves and how God made us, then we will seek to appreciate our sexual values in a way that subordinates them to our true dignity as persons.

How can we — in our thoughts, words, and actions — help to foster a civilization of love based upon the inherent dignity of the person?

Photo by Brooke Cagle on Unsplash.