One Family’s Response to Smartphones and Tablets 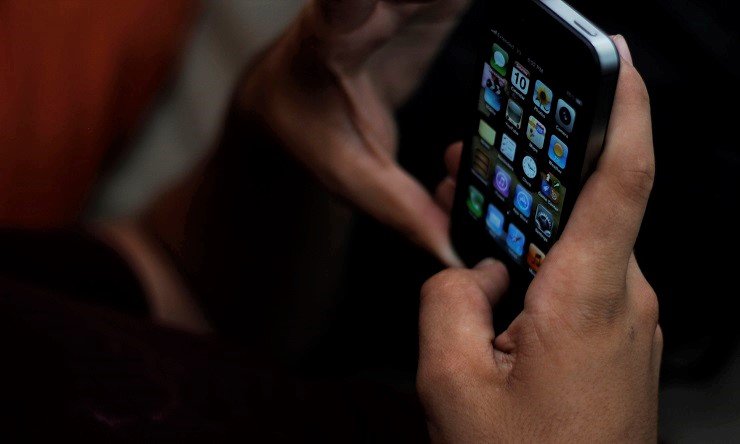 The experiment is over. The results are in. We now know that our over-use of smartphones and tablets is devastating.

The question is what to do about it, now that Pandora’s iPhone box has been opened.

In preparation for Benedictine College’s Technology and the Human Person conference, I’m exploring not just the negative effects of smartphones but the successes to weigh against them. Here is what the Hoopes family does.

My son John Paul is no lover of basketball, but he is a member of his (fledgling classical) high school’s basketball team.

Why? Because, as we have told him for the past several years, Hoopeses have to play a sport. They can run (Maria is in a running club sponsored by nuns who attend Benedictine College), they can swim (several professors’ kids are in the YMCA’s swim club) or they can play recreation league soccer. But they have to do something.

They also have to attend the great religious opportunities Atchison offers, and do their homework.

Why? Because all of these things are the very opposite of digital media obsession.

Jean Twenge in her book iGen noted that as digital media rose after 2007, so did depression, anxiety and suicide. Then she demonstrated that the correlation is no coincidence. Kids who spent a lot of time watching TV and using smartphones, tablets and computers were more likely to be anxious, depressed and suicidal. Kids who regularly played sports (or otherwise exercised), attended religious services, read books, hung out with friends face-to-face, and did homework were less likely to be depressed, anxious or suicidal.

Last week, I mentioned the “ABCs of human needs”: Autonomy (feeling “in control”), Belonging (being “in community”) and Competence (being good at something), according to Dr. Douglas Gentile. Using social media, like playing video games, gives kids the feeling that they have all three, but doesn’t help them gain the skills needed for any of them.

But Twenges positive behaviors do.

Sports give you the rewards of video games but in real life. Faith activities enhance your self-control and belonging while making you more confident. Academic activities increase your self-possession and competence while cementing you to your academic community.

In a highly controversial move, the entire nation of France banned smartphones at French high schools.

This move has been highly controversial in the Hoopes household as well. It was even more controversial when we took away the tablet that the local high school had demanded our older kids have. We told the school: Nope. No longer.

So it was refreshing to hear what France had to say about the same topic.

“If we want to prepare children in the 21st century, we must give them the tools of modernity,” said Education Minister Jean-Michel Blanquer in The New York Times.

That sounded like what our high school said in favor of tablets, until he listed what these “tools of modernity” are: “a mastery of math, of general culture, the ability to flourish in social relationships, a capacity to discuss with others, to understand and respect others.”

In the same article, Monique Dagnaud, a French researcher, pointed out that smartphones teach the opposite of the virtues needed in school — smartphones offer instant gratification but schoolwork requires patient learning that doesn’t pay off for years.

That’s what we want for Hoopes kids.

The Wall Street Journal reported another reason smartphones are incompatible with school. The University of San Diego’s Ayelet Gneezy with Kristen Duke tested 520 undergraduates and found that the closer their smartphones were to them, the less well they were able to perform — the devices’ very presence, even in their backpacks, distracted them.

Alas, though, Dad has to change, too.

However, at the Hoopes household, all of my preaching about smartphones has been undercut by my own addiction to mine.

Watching Dr. Cal Newport’s excellent Ted Talk (well worth 13 minutes) convicted me to change that. Newport’s book Deep Work goes even further than the talk in establishing the importance of distraction-free work to reach excellence.

Paul Greenberg recently added up all the waking hours we spend on mobile devices and discovered that it is more than three months of time lost each year.

He listed all the things we could be doing instead: Gardening, advocating for important causes, reading, exercising, investing, practicing a musical instrument, learning a foreign language, or just spending all-important uninterrupted “dead time” with our family.

He didn’t include “praying,” but he should have. We spend 2 hours and 30 minutes a day on our phones. Imagine what grace we could unleash if we spent an hour in front of the Blessed Sacrament each day instead.

When parents put their phones away, they say “life is worth living and my family deserves my full attention.”

Lord, give me the grace to say that to my children.