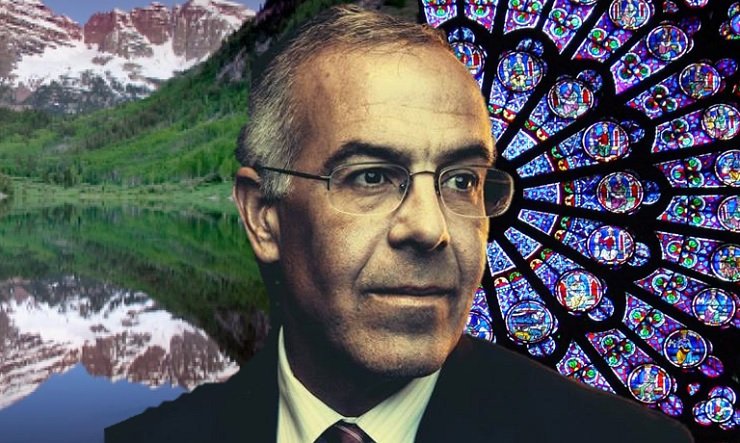 Secular Jewish New York Times columnist is on the cusp of accepting the Christian faith, and his new book tells Christians what we do that encourages and discourages people like him.

I knew I had to read David Brooks’ The Second Mountain when I read Rod Dreher’s tweet about it.

“Plane landed as I finished final pages,” Dreher tweeted. “My first thought: I’ve got to change my life. Many, many people are going to finish this luminous book and have the same thought.”

I have always liked David Brooks. I like him more now.

I have followed his career for decades, reading him from the time he was part of the fledgling publication The Weekly Standard, up to when his column “How to Leave a Mark on People” was the assigned reading for a work retreat at Benedictine College.

Brooks was an Alexander Hamilton fan decades before it was cool but embraced Hamilton’s new popularity. He observed, a quarter century ago, that “It takes a rude man to make a civil society,” but last year  lamented the failure of Never-Trumpers like himself. Brooks first introduced me to brain science developments and the sociological developments of Johnathan Haidt.

He has long flirted with religion. In 2004, he defended evangelicals by introducing New York Times readers to John Stott. In 2007 he wrote that, based on the sociological evidence, “If you really wanted to supercharge the nation, you’d fill it with college students who constantly attend church, but who are skeptical of everything they hear there.”

But while he saw the utility of religion, he kept it at arms length. Until now.

“Some people have dramatic stories of how they came to faith,” he writes in The Second Mountain. “I want to illustrate how normal it can be. It can happen to the most spiritually average people. But you wind up in an astonishing place, believing that God is, in Paul Tillich’s phrase, the ground of being.”

The Catholic Church plays a role in his conversion, which he calls “the walk to Chartres.”

“Chartres Cathedral casts a spell every time I visit,” he writes, “like a point of contact between our world and some other unseen one.” He admires Dorothy Day and Mother Teresa for living in contact with both worlds but dubs himself a “border stalker,” walking the line between the two.

Then, he breaks through to the other side. Sitting on a rock by American Lake in the manicured wilderness of Aspen, Colorado, he pulls out a book of Puritan prayers and is captivated by one called “The Valley of Vision.”

“Lord, high and holy, meek and lowly,” he prays, with the mountains reflecting in the waters, “Thou has brought me to the valley of vision, where I live in the depths but see thee in the heights.”

He suddenly deeply experiences “the ground of being.”

“Knowledge crept across my skin. I didn’t so much feel at one with nature. I had a sensation that there is an animating spirit underlying all creation,” he writes.

“Hemmed in by mountains of sin I behold thy glory,” he prays, from his book. When he hikes back to civilization, giddy, he has reached Chartres.

And yet … he hesitates.

As a child, Bible stories were helpful myths. Now, Brooks says, “the myths feel true”; in fact, he calls the Bible “the ground of truth.”

He calls the Beatitudes “the moral sublime, the source of awe, the moral purity that takes your breath away and toward which everything points,” then ends the book with a “manifesto” that is essentially an articulation of the beatitudes as a program of renewal in 21st century America.

So, David Brooks is now a Christian, right?

Not quite. “I feel more Jewish than ever before,” he writes, and his faith in the resurrection of Jesus “comes and goes.”

So he’s still up for grabs. What could win him? The most helpful part of his book, for Catholics, lists “ramps and walls” Christians build that repel or welcome someone like him.

First: “The siege mentality,” when Christians feel victimized by the world and retreat into our own tribal fortresses.

Second: “Bad listening,” when instead of trying to understand where a seeker is coming from, we offer one-size-fits-all “bumper sticker” answers.

Third: “Invasive care,” when well-meaning Christians intrude into the lives of others uninvited, answering unasked questions and urging compliance with unsought advice.

Fourth: “Intellectual mediocrity.” Ideas prove their strength by being brutally challenged, writes Brooks, but Christians too often settle for “vague and mushy sentiments” out of false charity.

Meanwhile, six “ramps” welcome him in.

One: Ritual and liturgy, which unite us with each other, along with “the moral order and a sacred story.”

Three: Prayer. “Just as old couples become more like each other over time,” he writes, “the person who spends years hearing and responding to God’s company becomes more like him.”

Four: Spiritual consciousness. Brooks points out that the secular world of material cause and effect leaves people flat. We know life is more than that.

Five: The language of good and evil. The world, where “the word ‘sin’ is now mostly used in reference to dessert” has no satisfying account for the moral order we all sense.

Six: Christian witnesses. He feels “sheer shock” at seeing the selfless acts of Mother Teresa, Doorthy Day, and others.

So, David Brooks, welcome to Chartres, and thank you.

We who live here are glad to see you and greatly appreciate your honest account and the mirror you hold up to us. Ultimately, we hope to see Jesus there.