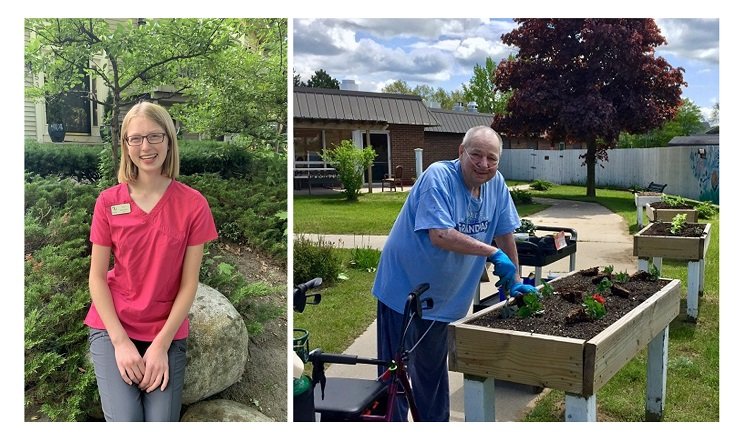 Rori Richardson spent the summer in service to the elderly.

Richardson is a Gregorian Fellow, class of 2022, from Traverse City, Mich., who is a dual-major in Biology and Spanish.

She worked at Medilodge serving its elderly residents, providing one-on-one discussions and conducting group activities for residents with dementia.

“I grew in flexibility as I served wherever my help was needed each day,” she said.

Mother Teresa often spoke of the importance of serving the elderly, saying that “Loneliness and the feeling of being unwanted is the most terrible poverty.”

Medilodge is a secular organization, but Richardson said she was inspired to work with the elderly because of her faith. “My Catholic middle school made a monthly field trip to Medilodge, so I grew up visiting the residents that I now serve daily.”

“I was surprised by the joy that I experienced while working,” she said. Service turns out to be the most fulfilling kind of work available. “I had an amazing time,” she said.