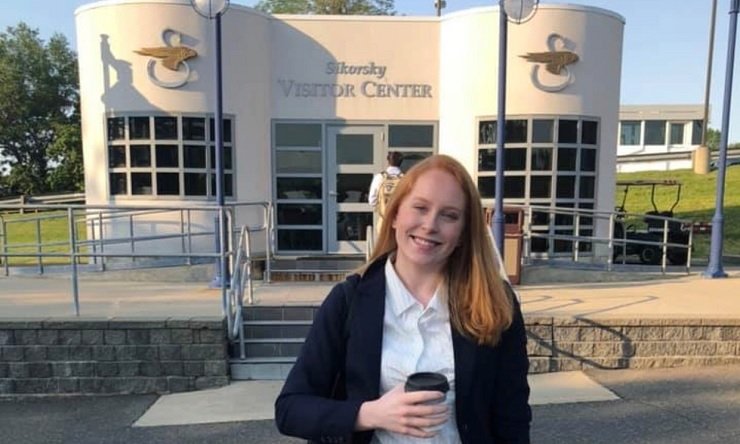 “I have very few photos of my Lockheed Martin/Sikorsky internship because photos were strictly forbidden on their premises. But I do have one!”

That is how Taylor Shroll, class of 2020 from Tempe, Ariz., reported her three months as a Navy Program Management Intern for Lockheed Martin in Stratford, Conn.

The Finance and Accounting major said she he learned valuable leadership lessons, heading a team of nine.

As part of her program, she contributed to a formal proposal delivered to the Republic of Korea Navy — managing meetings, reviewing and editing sections of the document, and making sure requirements were met.

She also tracked and analyzed monthly financials for five foreign maritime Naval helicopter projects, keeping them within time and budget restraints. “The programs I worked on were all foreign military helicopter sales involving the MH-60R Naval helicopter,” she said. “I was surprised by the amount of labor, materials, and engineering it took to build just one aircraft.”