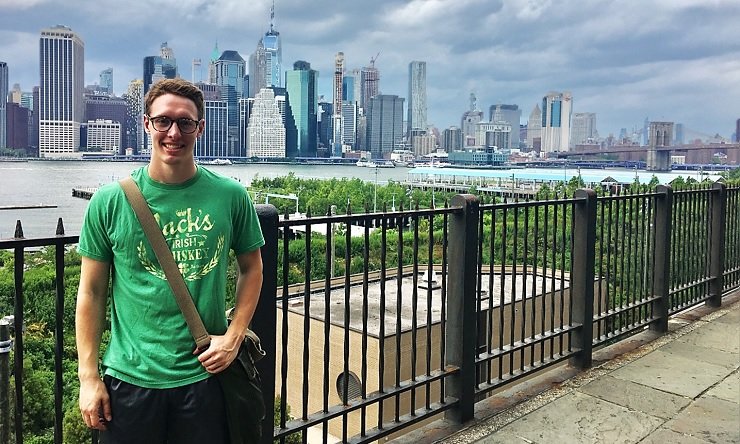 The Gregorian Fellows Leadership Program at Benedictine College in Atchison, Kansas, promotes Catholic identity in public life by forming a new generation of leaders who unite faith and reason in their work. On Fellows Fridays, the Gregorian Institute will introduce you to some of these extraordinary students.

Jack Edwards and Ian Reilly both studied at the Institute of Classical Architecture and Art in New York City this summer.

Jack Edwards, class of 2022, is from Williamston, Mich. 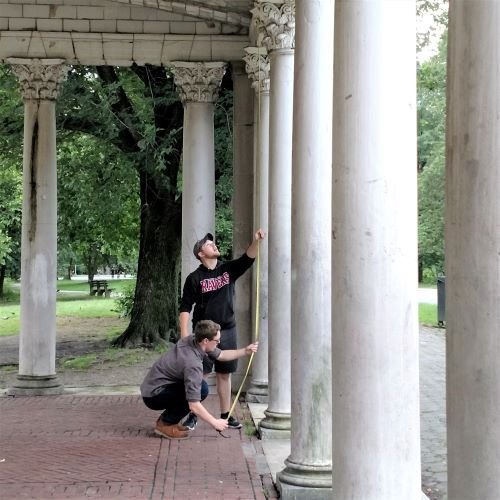 He said the Benedictine College architecture department helped him set up the Summer Studio program in which he helped design a new entry pavilion into Prospect Park in Brooklyn.

“The classical tradition is thriving as a contemporary practice of architecture, even more so than I had initially thought,” said Jack.

As one example, he cited Carroll Gardens and Cobble Hill in Brooklyn.

“They were such beautiful and peaceful neighborhoods within the urban context,” he said. “It was ironic that they used to be low-income dwellings and are now worth millions. It served as a reminder that if more developments were built in the classical tradition, beautiful homes could become more valuable over time.”

“I also really enjoyed the visit to Yale University, specifically learning about the residential colleges designed by James Gamble Rogers, and how they cultivated a greater sense of community, with their courtyards and living rooms,” he said. “That entire visit got me excited about the future of our own campus development, moving forward in the years to come.”

Reilly also participated in the Summer Studio in Classical Architecture, learning how classical architecture can be incorporated into modern urban settings by sketching and studying classical buildings around New York.

For his final project he helped design a classical building from scratch.

“I also had the opportunity to meet many professionals working in NYC, and toured five different firms that specialize in classical and traditional architecture,” he said.

The experienced was complemented by his summer job, working with a construction company in Bristow, Va.

“It was surprising how many young architects work in classical architecture, and the passion they have for both their work and classicism in general,” he said. “Classicism seems to be rising in popularity once again.”

The architecture department at Benedictine College is dedicated to classical architecture.