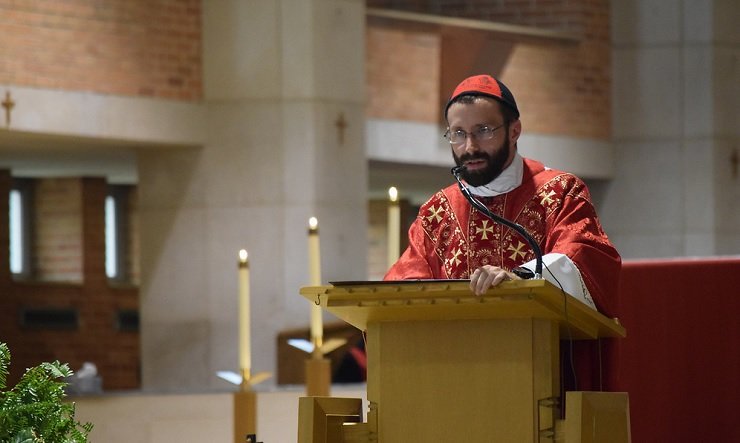 Fr. Nathan Haverland, pastor at St. Gregory the Great Catholic Church in Marysville, Kansas, will receive the Outstanding Young Alumni Award from Benedictine College on May 10.

“I studied science, all of creation. Then I gave myself to the one who made it all in the first place,” he said. “I wanted to be an astronaut — to sail among the stars. Little did I know I would do just that, but as a priest.”

Haverland came to Benedictine College wanting to be an astronaut and studied nuclear engineering after graduating in 2005.

To pursue his desire to be an astronaut, Haverland had only two Kansas choices. Only Benedictine College and the University of Kansas offered degrees in astronomy and physics, and after a visit to KU, Haverland knew it was not for him.

He enrolled in Benedictine College, despite the fact that he had grown up without religion in his life.

That all changed at Benedictine. During his junior year, he fulfilled his Theology requirement with a course that changed his life. Later that year, he was baptized and confirmed and received his First Communion.

“It was very beautiful — it was the beginning of my life as a Catholic,” he said. “I still never would have imagined that I would be a priest at that point.”

But it was the thought of going to the seminary that brought the most peace to Haverland. He visited with Archbishop Joseph Naumann of the Archdiocese of Kansas City in Kansas and began studies for the priesthood. 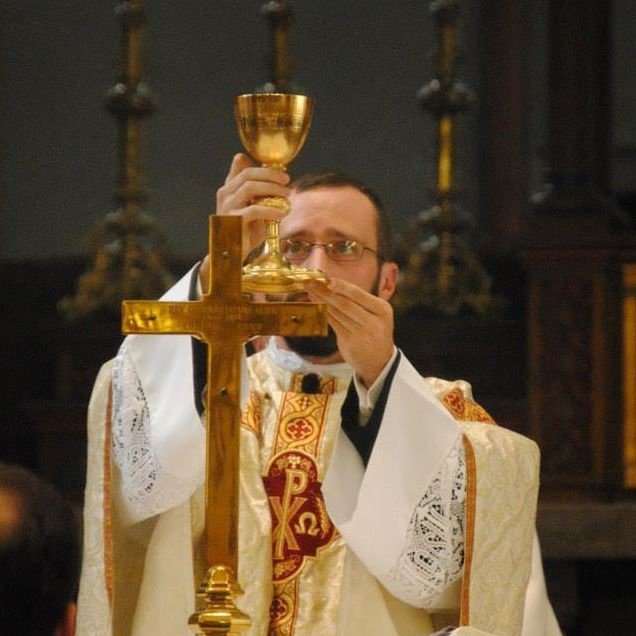 He was ordained in 2013 and was able to offer his first Mass at St. Benedict’s Parish church, where he had been confirmed just nine years before (shown).

When he gave the Convocation homily to his alma mater, he joked with students that his scientific studies were not totally wasted.

“You have to know nuclear engineering if you are going to make something out of nothing!” he said with a smile.

He went on to cite other places where science and religion mix ironically in the New Testament: in biology when Jesus heals the sick, astronomy when the star appears over Bethlehem and chemstiry, when Jesus turns water into wine.

On a mores serious note, he noted the compatibility of faith and science.

“People often think the two are somehow opposed to each other, but history shows that the two have worked well alongside each other,” he said. “The conflicts between science and religion tend to occur when either of them steps out of their area of expertise. But overall, the two shouldn’t be contrary to one another because they study two different things. Science studies the universe and theology studies the author of the universe.”

Benedictine College’s Outstanding Young Alumni Award recognizes alumni who are under 35 years old, have distinguished themselves in their community and profession, and who support the values promoted at Benedictine College. Each year the honoree returns to address the graduating seniors at the traditional brunch the day before Commencement.