Stop Abortion Lawmakers: What Parishes and Parishioners Can Do 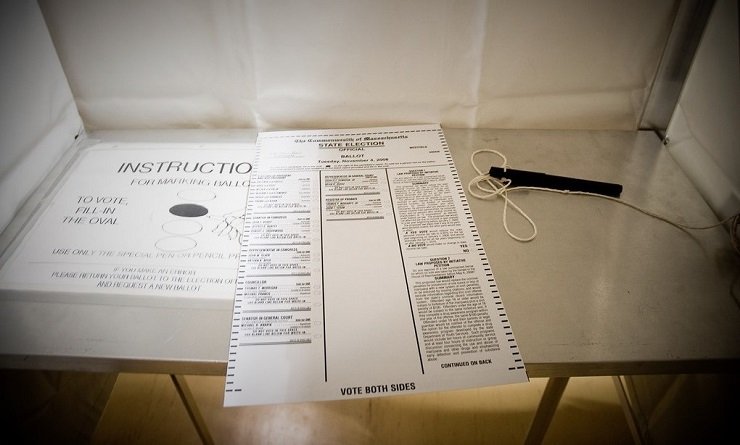 The institutional Church needs to stop hushing itself into silence and shackling the pro-life political efforts of the faithful.

With right-to-life decisions increasingly being made at the local level, every election counts. The November 2020 elections are fast approaching. We need to encourage our faithful Catholics to exercise their rights and duties as American citizens, motivated by their faith. We should never take our freedoms for granted, since they can so easily be diluted, and then lost.

A good citizen, who understands that a democracy means self-rule by the people, and that their elected officials are directly accountable to them, makes every effort to inform him/herself on the main issues, and where the candidates stand on these issues, so that they can elect a public official who will advance their values, and resist wrong strategies.

Fr. Frank Pavone, President of Priests for Life, has some very good advice in his book Abolishing Abortion (2017). He cites Dr. Bernard Nathanson. After summarizing the work he and his colleagues did to launch the abortion industry, Dr. Bernard Nathanson has said to church leaders, “We would never have gotten away with what we did if you had been united, purposeful, and strong.” The pro-abortion forces still know that the biggest obstacle in their way is the Church of Jesus Christ. Only the Church has the divine guarantee that it will conquer the culture of death (p. 190)

Private citizens are encouraged to exercise their citizenship by discussing the issues of the day, presenting good reasons for their position, demonstrating where their opponents go wrong, and then attempting to shape public opinion. This leads to electing good representatives who will shape public policy. You shape public opinion by circulating voter’s guides, writing letters to the editor, many conversations, and referring people to reliable sources of information and political analysis.

Parishes and Dioceses: Be Not Afraid

Now, some parishes and dioceses are fearful of allowing their people to become actively engaged in the political process. They are terrified of the Johnson amendment (1954) which they mistakenly think forbids clergymen to discuss Christian morality, as it pertains to current issues, from the pulpit, or expressing their opinions in their parish bulletins, or allowing responsible groups (e.g., Priests for Life) to circulate voter’s guides.

Some diocesan attorneys strongly discourage any political involvement on the part of parishes. But this is a direct denial of the right to religious freedom and the right to freedom of speech. Fr. Pavone explains:

“There are two competing concepts of an attorney’s role. The first is that the attorney’s primary job is to keep us out of trouble. This kind of attorney will tell us all the things we should not do, so that we can avoid problems down the road. The second is that the attorney’s role is to help us fulfill our mission. This kind of attorney will ask us what we hope to do and then provide the kind of advice and protection needed to fulfill our mission” (p. 106).

The threat of the Johnson amendment has been greatly exaggerated. The IRS has used very vague language to explain exactly what it means, and what political activities in a parish are forbidden by it. They have used it to cast a chilling effect upon the churches and their role in helping people to select good candidates. This completely violates the right to religious freedom and the right to freedom of speech.

“Incredibly, in the sixty two-year history of the Johnson amendment, among the 300,000 churches in America, only one church has lost its tax-exempt status, and that just for one day. And not one has lost its tax-exempt status, even for a day, because of something that was preached in a pulpit, taught in a classroom, printed in the church bulletin, or distributed to the congregation. Pause for a moment to absorb that fact. What so many of us are afraid of — namely, that the state is going to require our church to pay large sums of taxes as a result of its political intervention – has never happened, not even once. Further still from reality is what some paint as a nationwide scenario of an entire denomination losing its tax exemption” (p. 84).

Free Speech Is a Right

“In the landmark Citizens United v. Federal Election Commission case in 2010, the Supreme Court affirmed in regards to speech affecting elections, ‘Speech is an essential mechanism of democracy, for it is the means to hold officials accountable to the people. The right of citizens to inquire, to hear, to speak, and to use information to reach consensus is a precondition to enlightened self-government and a necessary means to protect it’ (558 U.S. 310 [2010].

“The corresponding freedom of the church to speak and teach the truth, confirmed in the Bill of Rights’ freedom of religion clause, is mandated by the Church as well. This freedom is, in fact, implicit in the Great Commission left by Jesus Christ: “Preach the Gospel to every creature” (Mark 16:15). And “Teach them to carry out everything I have commanded you” (Matt. 28:20). Because the Gospel covers every aspect of human activity, the Church just be free to comment on political matters — particularly when human rights are on the line. It would be the gravest irresponsibility not to.” (p. 74).

The institutional Church needs to stop hushing itself into silence and shackling the pro-life political efforts of the faithful because of these concerns.

We need to motivate our Catholic people to become directly involved with the upcoming elections and responsibly exercise their citizenship. The fake barriers and minefields that our opposition has used to muzzle and squelch faith motivated people must be exposed with the light of good reason and truth.