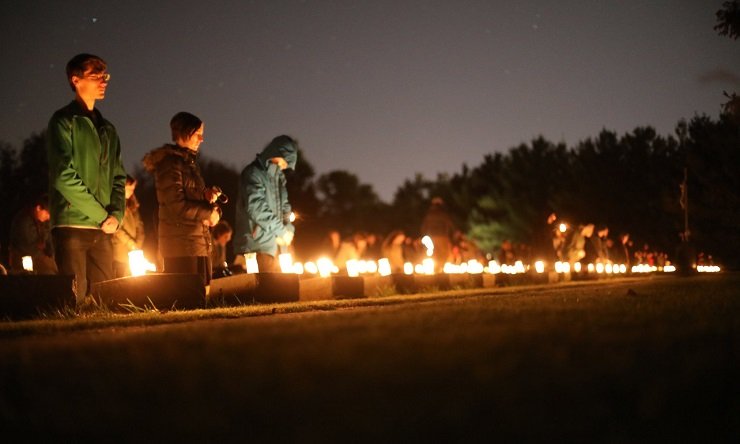 Do you ever get sick of hearing about the latest scandal in Washington, D.C., American chancery offices — or Rome?

Do you ever figure you really should be spending more time examining the latest outrage?

First, I love what “the Bacon Priest” said about our task in the world.

Father Werenfried van Straaten, who got his nickname for bringing food to the hungry, sent an inspiring message to a Catholic journalist — but in our social media age, his words apply to anyone with a smartphone:

“Choose carefully the news you send to us. Always give preference to what will give us hope and courage. Give us news of heroic deeds that will spur us on to heroism. Strengthen in us the conviction that Catholicism in the wide world is flourishing in its full vigor of love so that we can share in this fullness and find the courage also to be ready to sacrifice.

“Arouse in us by sweeping examples the consciousness that we, too, are capable of doing good and that a man who is full of God is able to do supernatural deeds and is even capable of martyrdom. We beseech you, search the whole Catholic world untiringly for such examples. We are convinced that you will find them. For heroism can never be missing from God’s Church.”

It is easy to find examples of Catholic betrayal and sin. The Church’s enemies have been doing it for centuries. You can easily paint the Church today as an embarrassing failure filled with liars and frauds.

But why would you?

Rather, do what Father Jacob Boddicker did.

“I know a lot of my brothers and sisters are worried and frustrated at things that are happening in the Church recently,” he posted October 27 on Facebook. Then he reported what he had seen in his “limited realm of influence.”

He explained: “These are little flowers I cultivated in my garden today; little victories granted here on my small patch of the Lord’s campaign against Hell.”

Yes, what is going on in the Church in places far away is important, he said. Then he added:

But brothers and sisters we are just infantrymen in a vast battle against Satan; if we run to the hilltops to try and take in the vastness of the war in order to determine what way it is going, we will not only inevitably be frustrated, anxious, and discouraged, but the battles placed immediately before us will go unfought and potentially be lost.

A third priest, Padre Pio, gives the ultimate advice for Catholics in our time: “Pray, hope and don’t worry.”

St. Pio of Pietrelcina practically made “Pray, hope and don’t worry” a motto. “Worry is useless,” he would say. “Our Merciful Lord will listen to your prayer.”

He expanded on the theme again and again.

“Do not fear,” he said. “Jesus is more powerful than all hell. At the invocation of his name every knee in heaven, on earth and in hell must bend before Jesus; this is a consolation for the good and terror for evil.”

But what if things are going terribly everywhere we look?

“Let the world turn topsy turvy, everything be in darkness,” he said. “God is with you … will we not be safe near him?”

But what about a time like ours, with vitriolic politics, a Church filled with sinners, and Catholics leaving the faith?

Padre Pio answers. “You must have boundless faith in the divine goodness, for the victory is absolutely certain.”

It could be that Jesus Christ, the king of the universe, has finally met his match in our time and that the Church that survived the great heresies, the schisms, corruption, religious wars, slavery and greed is finally defeated.

But I bet he hasn’t.

And it could be that Jesus Christ’s command to serve our neighbors and inspire their personal conversion is no longer operative and that our new job is to expose the wickedness of people far away and relentlessly tell the world how terrible prominent sinners are.

I think these priests are right: Our job isn’t far away, but right next door. The world doesn’t need our outrage, it needs our love, given to the flesh and blood people near at hand.