The Dignity of Every Human Life, Born or Unborn 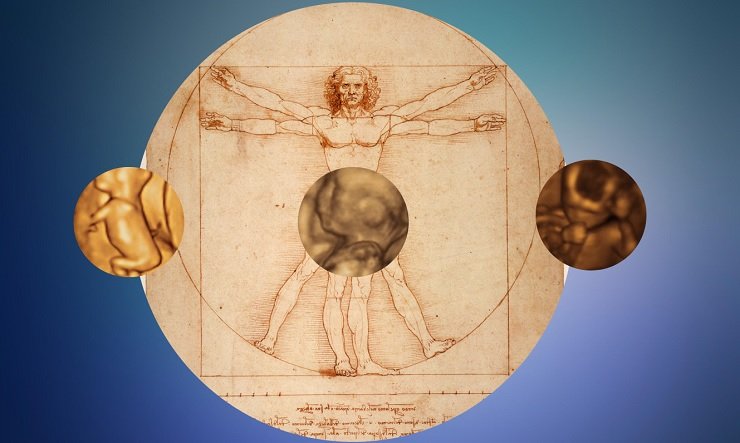 One of my graduate professors (Bishop Robert Barron) used to say that if you took the Catholic Faith and blew it up and scattered pieces of it around in various disconnected places, then you’d have modernity. A case in point is the modern world’s preoccupation with human rights. This is no doubt a legacy of our Christian heritage — but removed from its proper context, it often gets distorted (e.g., a human right to abortion).

Importance of the Body

Important here is the inherent connection between me and my body. That is, when the human organism comes to be, the person comes to be.

There are several pro-abortion academics who will acknowledge that the human being comes to be at conception, but that the “person” comes to be much later. Here, they identify the person — who alone is said to be the seat of moral and human rights — with things like consciousness, self-awareness, and the ability to communicate. As such, this is something that develops later, even well after birth.

For this reason, some thinkers (e.g., Peter Singer of Princeton) have expressed support for infanticide up to age two (after all, how “self-conscious” is a six-month-old?). Such a view is repulsive to most people, but it is consistent with the above outlook in terms of what constitutes “personhood.”

The Body Is the Person

If we take a baby a week before birth and a week after, not much has changed except for its location. What we want is to find the point at which a substantial change has taken place — that is, when a new entity has come about, not just some degree of development of the individual organism.

There really is no serious candidate other than conception. The gametes (the sperm or ovum) are genetically and functionally parts of mother and father. The embryo, on the other hand, at its earliest stages is genetically distinct from father and mother. Further, a difference in potency (or developmental capacity) implies a difference in nature. That is, a sperm taken by itself will not self-develop into a mature human being; a sperm, therefore, is a potential human being. An embryo, on the other hand — if provided nutrition and environment — will self-develop into a mature human being. This radical difference in potency or capacity between the newly conceived embryo on the one hand, and the sperm by itself on the other is enough to indicate that a new individual has come about with the completion of fertilization. Therefore, in contrast to the sperm by itself, the newly-conceived embryo is a human being with potential.

Further: when the individual organism comes to be, the person comes to be. We must resist this supposed dualism that sees the person as one thing and the body as another — as if the person were “trapped” inside the body. Ironically, here it’s the pro-abortion side that is pointing to a fuzzy dualism as to when the “person” comes to be, while the pro-life side is focused on the scientific beginning of the bodily organism (in other words, I didn’t have to appeal to the infusion of the soul at any point in the above to make the pro-life case; but ironically, the pro-abortion side’s appeal to “personhood” is a subjective notion disconnected from the scientific beginning of the individual organism).

Euthanasia advocates argue from the same premises as the pro-abortion advocates above. For example, when dementia has set in, at a point the “person” is supposedly no longer present even though the human being remains alive. At a point, this thinking would allow one to dispose of the “human being” precisely because they have ceased to be a “person” — since on this view, only persons have moral rights.

The fundamental problem with using such things as “consciousness” or “self-awareness” as the seat of human rights is that it’s so fluid: what exactly is the threshold one must cross to preserve one’s moral rights? What if a person’s IQ is below 40? What about the severely mentally-handicapped?

The only real basis for human rights (and human equality, for that matter) is that human rights flow from simply being human. Conversely, if we tie human rights to the development of some human trait (e.g., consciousness), the necessary threshold for human rights becomes arbitrary and is subjectively chosen by those in power.

Err on the Side of Life

This is precisely what John Paul II meant by the “culture of death” — as a war of the powerful against the weak; for the weakest are most vulnerable — especially the unborn who can’t even cry to defend themselves, but also the handicapped, disabled, and elderly.

What about the Transgender Issue?

Our unity as one thing — a body-soul composite — is enough to throw up an immense caution flag regarding transgender issues. For our bodies are integral to who we are.Therefore, it simply can’t be the case that someone could be, say, a boy trapped inside a girl’s body.

Further, the natural order is “always or for the most part,” as Aristotle taught long ago. It doesn’t have the necessity of mathematics — that is, genetic defects and the like sometimes occur. In other words, just because there are rare occasions of a person with mixed chromosomes (or mixed genitalia) does not mean that sex and gender do not have a basis in the natural order. We first recognize the order of things (i.e., always or for the most part), which then allows us to recognize something as a disorder. Just because some people are born blind doesn’t mean that eyes are not for seeing.

Another question often arises: Animals also have bodies. Why is it not wrong to kill them in the same way that it is wrong to kill human beings?

It is reasonable to treat human beings differently from any other creature. After all, we are different not just in degree, but in kind. For example, we’re interested in the DNA of other animals — not the other way around. Several of our distinctive activities indicate something fundamentally different in our nature (i.e., a spiritual soul):

We Have Always Known This

What Christians teach about the dignity of every human life was not something taken for granted in the ancient world, even among the likes of great virtue teachers like Aristotle and Plato. In other words, we should not underestimate the power of Genesis 1:26-28 — that every human person is made in the image and likeness of God. Nor should we underestimate how the Incarnation elevates and crystallizes our sense of the inviolable dignity of every human life.

Every person who’s ever lived still does, somewhere. Therefore, the conception of every human life brings about a person who will never not exist.