The Family: Even More Important Than We Thought 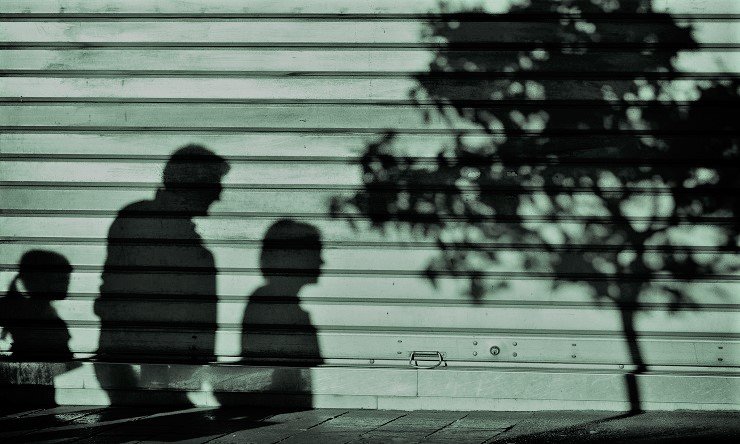 Our time is plagued by social isolation, but one bit of Catholic research suggests that the answer might be close at hand: Our own families.

The more you read, though, the worse it gets. “While the 10- to 14-year-olds had by far the lowest rate of suicides, that rate nearly tripled from 2007 to 2017,” said the report. But no one in the story could pinpoint why suicides are rising.

Perhaps a new book by a Catholic researcher would explain how things got so bad.

Looking for causes for the rise in suicide, the Journal noted the rise in depression among adolescents, drug use, stress and even social media addiction.

But a new book suggests that at the root of all of that is something so primal in us that losing it means losing our very selves: the family.

Mary Eberstadt’s 2012 book, Adam and Eve After the Pill, focused on the damage done to the relations to men and women (and children and young adults and our institutions) by the sexual revolution. Her new book, Primal Screams, takes the next step, sifting through the wreckage left by the breakdown of the family.

Family is crucial — and not just to human beings.

Eberstadt starts by talking not about human beings, but wolves. Researchers have discovered that, contrary to what we thought, “wolves live the way people do, in families made up of a mom, a dad and their children.”

And it’s not just wolves. Scientists now say flocks and herds are often merely families, and that animals learn everything from their mothers and siblings. These findings have led many institutions to ban orca and dolphin performances — because we now know these animals, separated from their family, experience deep distress.

In fact, says Eberstadt, an animal separated from its family suffers predictable consequences: anxiety, repetitive behaviors, shorter life spans, and self-harm — the same things that are on the rise in human populations in our day.

One fascinating finding Eberstadt reports is the enormous importance of our siblings.

Cousins who live nearby provide similar benefits — as, presumably, do the groups of children that used to herd together in rural communities, neighborhoods and city blocks, where a lack of siblings in one home would be compensated by those two doors down.

Siblings of the opposite sex provide specific social benefits, Eberstadt points out. “Growing up with an opposite-sex sibling makes teenagers and young adults more confident and successful in the romance market,” she says. They know what boys and girls are like up close. In the same way, same-sex siblings help with same-sex friendships.

On the other hand, missing family connections leads us to look for personal identity in unlikely places.

Eberstadt sums up the state of the nation after decades of divorce and “the great scattering” of family members. “Whichever way one looks — to the left or to the right, to culture or to politics, across the United States or across the pond — a remarkable fact appears, the question of Who am I? is now the most fraught of our time,” she writes.

She provides a great summary of how our personal identity went from being rooted in God, family and country to being attached to what one writer lists this way: “hip-hop and country-music tribes; bros; nerds; Wasps; Dead Heads and Packers fans; Facebook groups.”

That list could go on endlessly, with sexual, occupational and other differences added.

But Whom Am I? is a question that can only be answered via our relationships.

“No man is an island,” wrote John Donne. We are all part of humanity, by way of a family.

Eberstadt says it is hard to answer “Who am I?” without first answering “Who is my brother? Who is my father? Where, if anywhere, are my cousins, grandparents, nieces, nephews, and the rest of the organic connections through which humanity up until now channeled everyday existence?”

Catholics know why: God himself is relational — Father, Son and Holy Spirit — and when he came to redeem us, he entered a human family, called himself the Bridegroom, compared heaven to a wedding feast, and called us to be adopted sons and daughters of God.

Our faith tells us clearly what science is only now, belatedly, figuring out: the future of humanity passes through the family.