The Mary of the Bible, Part 1: The Assumption 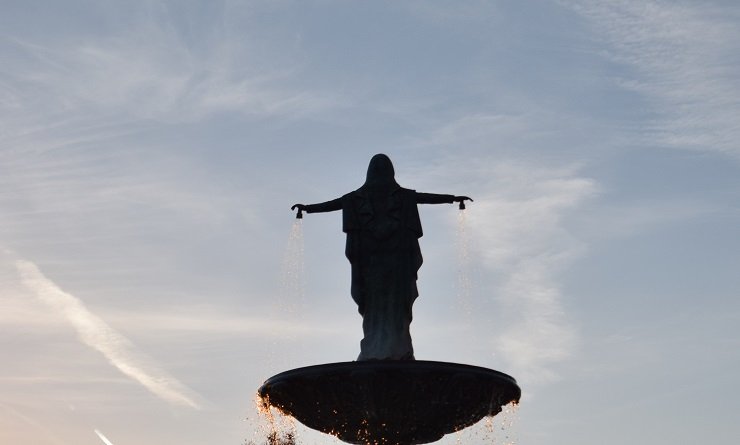 Have you ever been stumped on an airplane, sitting next to one of our Protestant brothers or sisters, feeling a bit defensive that maybe — just maybe — some of our Catholic doctrines really aren’t biblical?

In fact, what we believe about Mary — including her Assumption into Heaven, celebrated Aug. 15 — is deeply rooted in Scripture.

Note: To get the most out of this article, you may want to have a Bible handy as you read it since the biblical references are many. (In fact, there are too many for us to link them all!)

Mary is often the most difficult stumbling block for non-Catholics, often leaving them wondering, “Why all this attention on her and taken away from Jesus?”

Perhaps the most important thing for us to communicate is that salvation is a family affair; as Patrick Madrid put it, any friend of Jesus is a friend of mine. This is the way of the covenant, since covenants establish family bonds — between us and God, and with one another. Jesus is the vine and we are the branches; anybody connected to Jesus is connected to one another, and death does not sever this union.

In Christ, Mary becomes our mother. Of course, we don’t worship her — but we do honor and love her; and she loves us as her spiritual children in and through the work of her son.

This is the meaning of Mary as the New Eve; in John’s writings, he consistently refers to Mary as “woman.” This is not an accident; his Gospel begins with “In the beginning,” a clear allusion to the opening verses of Genesis. In referring to Mary as “woman” in John 2:4 and 19:26, John draws our attention back to an ancient prophecy about a certain woman — the woman whose seed will definitively defeat the serpent, the devil himself:

In referring to Mary as “woman,” Jesus is pointing out that Mary is the fulfillment of this woman, and he is her “seed,” who will defeat the evil one once and for all.

While the woman in Revelation has a few layers of meaning (she is the Church and the New Israel), it’s also clear that she is the mother of the Messiah (see Revelation 12:5, i.e., Mary); and she has other children: “those who keep the commandments of God and bear testimony to Jesus” (12:17). The meaning here is the same as in John 19:26-27, where Mary becomes mother — not just of Jesus — but also of the beloved disciple (who embodies all disciples). As the New Eve, Mary is the fulfillment of both Genesis 3:15 (the woman whose seed crushes the serpent) and Genesis 3:20 which describes Eve as the “mother of all living.” Mary is the mother of all the living not by nature, but by grace in Christ Jesus.

Mary is our spiritual mother and she always points to Jesus (“do whatever he tells you,” John 2:5); and she always participates in the work of her son — both in his suffering (see Luke 2:35: “a sword will pierce through your own soul also”) and in his resurrection (this is the meaning of the Assumption, see Catechism of the Catholic Church 966).

The language of participation is important here: as the moon participates in the radiance of the sun, so too does Mary (and all of us) participate in the work and life of God.

Often, frankly, this is the divide between Catholics and Protestants: Protestants tend to think in terms of a zero-sum paradigm — any piece of the pie given to Mary, the saints, or the sacraments is taken away from Jesus; whereas, Catholics think in terms of participation: it’s never a matter taking anything away from Jesus, but a matter of sharing more deeply in his life — through the sacraments, Mary and the saints, and so on (see CCC 970). Everything is rooted in Jesus and it all deepens our communion with Jesus.

Since the doctrinal language of the Church (e.g., Immaculate Conception) makes explicit what is implicit in Scripture, it is important to connect the dots. Typology always moves from the lesser to the greater: if God created the first Eve without sin, it’s fitting he would do the same with the new and greater one; thus, the Immaculate Conception can be seen as the implication of Mary as the New Eve. Here, sacred Tradition and the magisterium are of great help in coming to see with greater clarity the fullness of all that God has done for us in the New Covenant.

Importantly, Mary, too, needs a savior, as she declares herself (see Luke 1:47). She is saved by the grace of Jesus Christ — but in a special way: she is saved from sin beforehand, whereas we are saved after falling into sin. It’s as if God prevented Mary from falling into a swimming pool; whereas, he saved the rest of us after we were already drowning.