The Mary of the Bible, Part 2: The Coronation 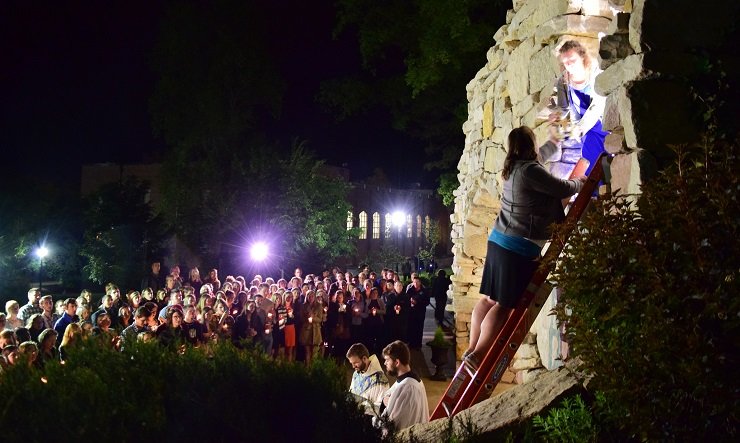 How can we more fully enter in the mystery of Mary  —  not as an “add-on” to the Catholic Faith, but as the embodiment and centerpiece of God’s plan for all of us?

This is part two of our examination of how what Catholics believe about Mary  —  including her Coronation, which we celebrate Aug. 22  —  is deeply rooted in Scripture.

Many wonder how in the world can Mary be considered “queen” when she is in fact Jesus’ mother — not his wife! But this is to think only in terms of European monarchies, where the queen was typically the king’s spouse. But in ancient Israel, things were different.

In fact, it was specifically the mother of the Davidic king that was queen. In fact, since kings had multiple wives — such as Solomon who had seven hundred wives — this made sense (after all, they only had one mother). The “queen mother” was an office known as the gebirah. Every single Davidic king is introduced alongside his mother; and when the kingdom definitively crumbles and the first major wave of exile gets under way in 597 B.C., the queen mother is taken immediately after the king — indicating her very high standing in the kingdom (see 2 Kings 24:12; Jeremiah 29:2).

In 1 Kings 1-2, we see the contrast between being the king’s wife versus being his mother: in chapter one, Bathsheba — as wife of the king — has to bow down and do obeisance just to talk to King David, her husband (see 1 Kings 1:16, 31). But in chapter 2 things look very different, when her son Solomon is on the throne. In fact, this is a very important scene, as a number of the key aspects of the office of the queen mother are on display — for example, her role of bringing the needs of the people to the king and acting as an intercessor. In 1 Kings 2:13-17, Adonijah approaches Bathsheba (mother of King Solomon) with a request to bring to the king, indicating the queen mother’s significance in this capacity:

Seated on the Throne

Notice the display of honor given to the queen mother by King Solomon, her son:

“So Bathsheba went to King Solomon to speak to him on behalf of Adonijah. And the king rose to meet her, and bowed down to her; then he sat on his throne [kiseh], and had a seat [literally “throne,” kiseh] brought for the king’s mother; and she sat on his right” (1 Kings 2:19).

These are all clear symbols of honor, including being seated at the right hand of the king (see Psalm 110:1) — and she is literally seated here on a “throne,” next to the king.

One question people sometimes have about 1 Kings 2 is that Solomon ultimately does not grant Bathsheba’s request. While there is a lot behind the scenes between Adonijah and Solomon, it is not necessarily the case that Bathsheba herself becomes a type of Mary; rather, the office of the queen mother is a type of Mary’s role in the New Covenant.

What we have, then, in the queen mother of the Davidic Kingdom is an earthly portrait of what Mary does in a heavenly way in the New Covenant: as the queen mother had the role of bringing the needs of the people to the king, so too Mary brings our needs to the ultimate king, her son Jesus Christ.

Ark of the Covenant

The Ark of the Covenant was the holiest object in all of Israel. It was built with the most precious acacia wood available and overlaid with gold. It was kept in the Holy of Holies of the Tabernacle and later the Temple (see Exodus 25:10-22). The Ark held a jar which held the Manna, Aaron’s priestly rod, and the Ten Commandments (see Hebrews 9:4). The Ark was the most revered object in all of Israel; there’s no way an ancient Israelite could ever have said, “I love the Lord — just get that Ark away from me!”

After the Babylonians destroyed the first Temple in 586 B.C., the Ark was never seen again. When the rebuilding of the Temple was complete in 515 B.C., it did not have the Ark of the Covenant in it.

This makes all the more significant the way in which chapter eleven of Revelation ends. John sees a vision of the heavenly Temple and he recounts seeing the Ark of the Covenant — after it had been missing for over five hundred years:

“Then God’s temple in heaven was opened, and the ark of his covenant was seen within his temple” (Revelation 11:19).

This would have been ecstatic for someone like John from a Jewish background, having gone centuries without the Ark!

John moves seamlessly from the Ark to the Woman, crowned with twelve stars (Revelation 12:1; keep in mind that the chapter divisions are not original and that chapter twelve needs to be read on the heels of chapter eleven). There is no way someone from John’s background could mention seeing the Ark after all these years, and then just move on to something else. Rather, John is telling us that the New Ark is the Woman — Mary herself.

St. Luke paints the same portrait of Mary. In describing her journey to visit Elizabeth, he does so in a way that intentionally parallels the movement of David bringing the Ark of the Covenant to Jerusalem. One or two parallels might make one wonder if it might be just a coincidence; but as the parallels add up, Luke’s intent becomes all the clearer — Mary is the New Ark of the Covenant. Here are the parallels from 2 Samuel 6:

Even the geographic region of both journeys is the same, namely, the hill country of Judea (see 2 Samuel 6:2; Luke 1:39).

But perhaps most significant of all is the Greek word employed by Luke in 1:42, which is normally translated as “exclaimed.” If I were to ask an audience to guess what movie I’m thinking of, and I simply gave the clue “good versus evil,” they would be at a loss. But if I went on to say “light saber” — that would make it pretty clear. The Greek word behind “exclaimed” in Luke 1:42 is definitely a “light saber” moment.

The Ark and Mary’s Assumption

The acacia wood used to make the Ark, especially with it being overlaid with pure gold, was sometimes referred to as “incorruptible wood.” This points ultimately to Mary’s Assumption; she goes before us — receiving what we all hope to receive at the end of time — namely, the resurrection of the body. Mary, as first and model disciple, uniquely participates in the work of her son. And though she was preserved from sin from the beginning (and in this sense was not subject to death), most of the Tradition believes that Mary did in fact die. Her son was also sinless (and therefore not subject to death, strictly speaking), and yet he entered into death on our behalf.

It is exceedingly fitting, then, that Mary, too, would enter into death, as way of fully participating in the mystery of her son. This is why the doctrine of the Assumption simply states that “when the course of her earthly life was finished, [Mary] was taken up body and soul into heavenly glory” (Munificentissumus Deus, cited in CCC 966) — leaving open-ended the question of whether she did in fact die.

In a sense, the entirety of the Faith comes together in Mary: she is the model disciple in being the first to “hear the word of God and do it” (Luke 8:21; see Luke 1:28, 38-39 as well). While there is a distinction between Jesus’ spiritual and biological family, this does not necessarily entail a separation: Mary is, in fact, first on both accounts — as biological mother and model disciple, who becomes mother of all disciples.

Jesus’ Transfiguration is a sign or “sacrament” of our own resurrection (see CCC 556). In Mary’s assumption, we see fully the redemption of the body (see Romans 8:23); we see what God wants to do with each one of us at the end of time. Truly, in Jesus and Mary we see that God has definitively overcome the grave, a victory in which we all will one day participate.

Click here for Part 1, on the Assumption.
This appeared at Ascension Press.
Pictured: Young women planning to discern religious life crowning Our Lady at Benedictine College in Atchison, Kansas..