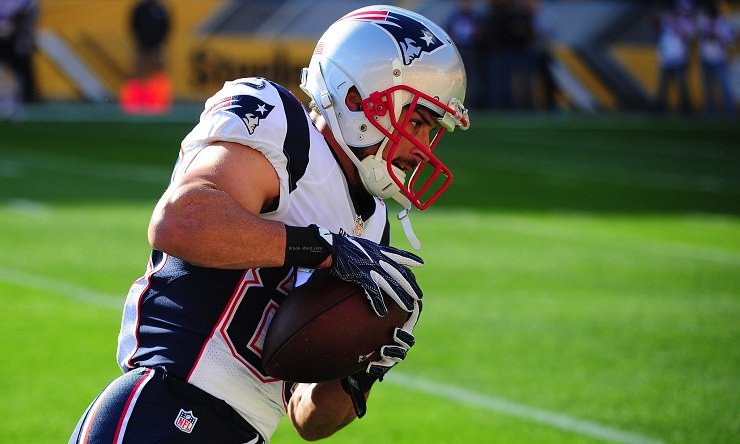 Do you hate the Patriots? Join the club. Many do.

From where I sit, 34 miles from the Kansas City International Airport, I would have been thrilled if the Kansas City Chiefs had beaten the Patriots on Sunday night and were headed to the Super Bowl against the Rams.

I am also an admirer of the Patriots, though, and you should be too.

Don’t worry. You can simultaneously hate what is bad about the Patriots while appreciating what is good.

You don’t have to believe the worst stories about the Patriots to distrust them or their coach Bill Belichick.

But you also don’t have to look far in the New Testament to see Christ himself give us as examples those who are not paragons of virtue.

Jesus wanted us to learn from the dishonest steward, saying: “The sons of this world are wiser in their own generation than the sons of light.”

I think he also would have wanted us to be “as wise as Bill Belichick and as innocent as Tim Tebow.”

So what can we learn? First, that winning takes humility.

Yes, you heard me right. I’m attributing “humility” to the New England Patriots.

By that I don’t mean that the Patriots organization is ego-free and self-deprecating (though Tom Brady sometimes sounds that way).

What I mean is that the way they win takes humility.

It took humility to use the great Rob Gronkowski as a blocker for running backs no one has ever heard of. It took humility to turn the “Greatest of All Time” quarterback Tom Brady into the guy who hands the football off to the unknown Rex Burkhead to win the game.

St. Thérèse began her spiritual journey recognizing that she had neither the talent nor the temperament to be a spiritual giant. Instead, she decided to be “little” — to do small things and do them well. That was sanctity enough for her.

Similarly, the Patriots would rather do the small things that you need to advance the ball six yards, then four yards, then 15 if you’re lucky, and win, than make YouTube’s Greatest Plays of All Time.

Second, winning is, in large part, about denying power to your opponent.

The Patriots game plan not only treated their own players with humility, but recognized the greatness of their opponents. In the Chiefs, the Patriots faced the amazing Patrick Mahomes (whose play all year, including in this game, was better than Brady’s), the track-star receiver Tyreek Hill who has foiled all attempts to stop him, and the indefatigable tight end Travis Kelce.

So what did they do? They refused to give those guys the ball. The Patriots held the ball for twice as long as their opponents and ran twice as many plays.

It’s the same in the spiritual life. Don’t give the devil a minute you don’t have to. Keep away from the places of temptation and weakness that defeat you. And win.

Third: Rely on your brothers and sisters in Christ.

While the Patriots played a team that was, by almost every measure, their superior, they did have one thing that the new, young, Kansas City Chiefs maybe haven’t had time to develop yet: A deep and abiding trust at their core.

When it came down to the end of the game, and Tom Brady needed to slip out of tough situations, he kept turning to people who have been there for him for years of hard knocks, especially Rob Gronkowski and Julian Edelman.

We can only survive in the spiritual life with the help of faithful people who are there for us day in and day out, no matter what.

Fourth, don’t let the haters get you down.

Last, don’t forget that the Patriots did all of this in a stadium filled with 70,000 noisy, angry fans taunting them.

Worse, Arrowhead Stadium is just a microcosm of the world outside it, where millions more haters watched.

Yet despite it — and despite the interceptions, penalties and mess-ups they suffered — they kept going.

It’s hard to play hard surrounded by hatred. But Jesus warned us that this is what Christians face, too.

So, however you feel about the Patriots, learn from them.

As an Aleteia colleague put it, they’re a rag-tag bunch of cast-offs  — not a bunch of first round draft picks. Yet through humility, discipline and perseverance, they pulled it out.

If that kind of excellence doesn’t give glory to God, then St. Paul was wrong.