The Rise of Fortnite and What It Does to Families 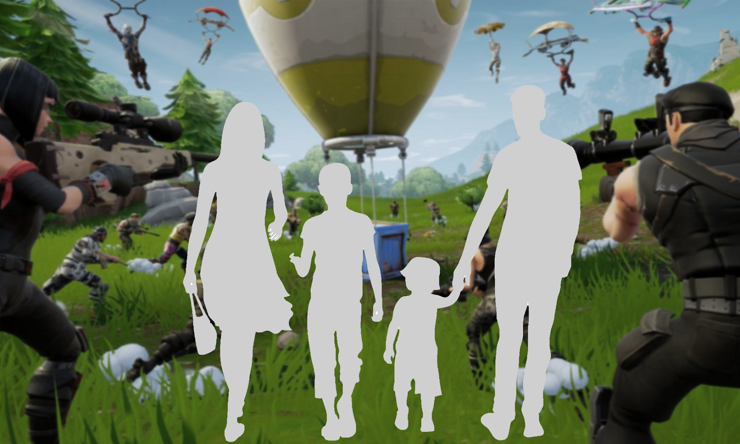 There is a dominant force taking hold in American homes and on Wall Street: the free video game Fortnite.

As Benedictine College prepares for its Symposium on Technology and the Human Person March 29-30, I am focusing on what Pope Francis said in his 2015 encyclical Laudato Si’. “Technology tends to absorb everything into its ironclad logic. … In the most radical sense of the term power is its motive—a lordship over all.”

Video games in general — and Fortnite in particular — are an excellent example.

The first problem with Fortnite is how addictive it is.

If you want to understand Fortnite, you could watch a trailer or follow a full game. But it might be even more helpful to watch the Jimmy Kimmel Show’s “YouTube Challenge – I Turned Off the TV During Fortnite.” The video is more disturbing than funny.

Bloomberg Business recently reported on the astronomical growth of the game. Fortnite had 40 million players in January 2018, and that number grew by more than 14 million a month to reach 200 million players —a number equal to the population of Brazil — by November.

The game is free to play, but the Epic Games company has made $2 billion from the sale of the various electronic add-ons that are offered throughout the experience of playing it.

The Wall Street Journal explained how the game makes money and entraps players.

Fortnite was specifically designed to work the same way, only at a far more sophisticated level. Reports the Journal, “The more people play Fortnite, the more data is generated about what captivates players the most and what drives players to quit.” Game designers use the information to perfect their trap.

The next problem is the way Fortnite changes kids.

My children tell the story of a friend who bragged constantly about how much Fortnite he played. He would be up until 3 or 4 in the morning, long after his parents went to bed. Soon, they were telling us of other changes in the child’s life: He had left the challenging academic program he was involved in at school and was being given remedial academic help instead.

The Wall Street Journal article found the same thing. It shares several stories of “sweet, articulate, creative, precocious” kids who are changed by the game. They start out interested in catching snakes, building machines, and exploring with their friends. They end up in their basements with the game’s headsets on, shooting at enemies and only meeting friends “virtually.”

Among the psychological harms suggested by the Journal: Compulsive behavior, disrupting families’ ability to address conflicts, depression and attention-deficit hyperactivity.

Technology often uses what makes us human to make us less so.

Video games are hard to quit because they give players — especially young men — exactly what they crave. Douglas Gentile, a psychologist at Iowa State University, calls them the ABCs of human needs.

But it’s a vicious cycle. While giving players a heightened illusion of control, camaraderie and success, it makes them less likely to gain all three in the real world.

My own family decided to ban video games at home years ago, simply because they caused too many fights. My son hated the decision at the time, but now that he is an RA at a men’s dorm where he deals with gaming addicts, he thanks us for it.

If you don’t want to ban video games altogether, Focus on the Family gives great advice about using them responsibly, listing no-nos like starting kids too young or giving in to the request for “just one more level” when it is time to turn the game off.

It won’t be easy. Psychologist Richard Freed demonstrated with one boy’s story the extreme challenge it is to curtail gaming, once begun.

Nonetheless, he says, “By limiting children’s access to gaming, they are more likely to find joy in real-world activities — such as spending time with family, reading, creative and outdoor play, and school. Such limits also help children learn that technology is best used as a tool, not a toy.”