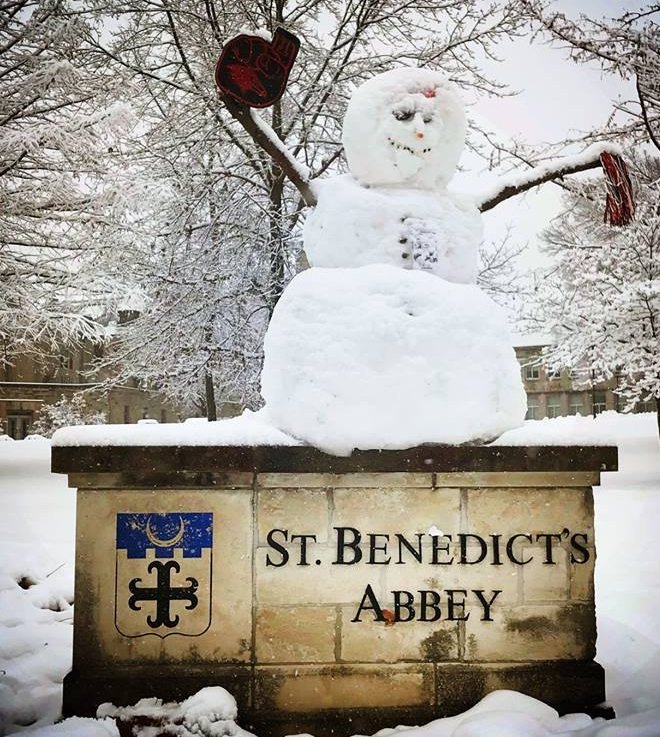 One of the “perks” of going to Benedictine College, which is on the same campus as St. Benedict’s Abbey and down the street from Mount St. Scholastica Monastery, is its proximity to monks and sisters.

It is great to see and interact with men and women who have given their lives to Christ.

The young monks of St. Benedict’s Abbey joined students in a massive snow-ball fight and capture the flag game that was organized on the weekend of a snow-storm that covered campus.

“Snow this packable and throwable is a gift to be received,” said Benedictine Brother Leven Harton of the Abbey, “and then thrown at your opponent as you rush their fort to steal their flag and win eternal — well, temporal — glory for your team.”

Monks invited students to the Abbey and dubbed the event “Team Maurus vs. Team Placidus.”

“There will be war; and hot chocolate,” said the invitation.