What Frightens You? A Lesson From ‘Risen’ 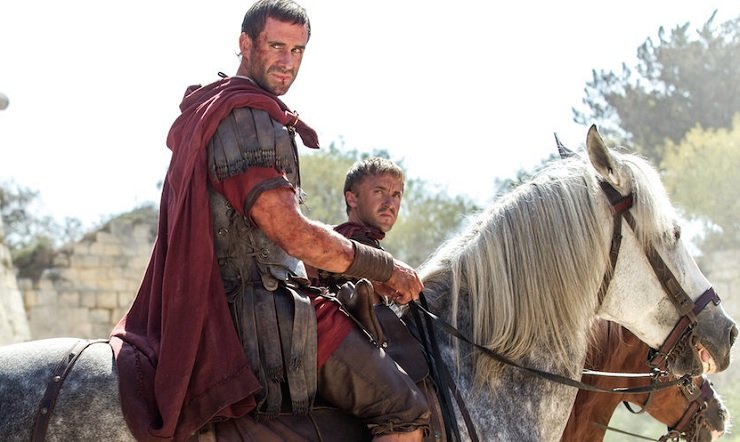 I recently viewed the movie, Risen, the story of the Roman military leader in Jerusalem at the time of Christ’s passion and death. On Pilate’s orders, Clavius (Joseph Fiennes) is ordered by Pilate to make certain Jesus (Cliff Curtis) is dead on the cross.

Clavias does as he is told, ordering the soldiers to commit the final acts of death against Jesus and the criminals hanged on their own crosses with Him that day. Without giving too much away, Clavius learns later that Christ’s body has been removed from the tomb.

He goes to where Christ’s apostles, the eleven have gathered, and Jesus is among them. Clavius sees and cannot comprehend. He follows from a distance as the apostles escape Jerusalem and Pilate’s soldiers, but the trip moves from that of a pursuer to Clavius’ own journey of reconciling what he has seen with what he cannot comprehend.

Again, not to give too much away if you haven’t seen the film, but Clavius, who has joined the disciples in avoiding the pursuing military forces, is resting, awakens, and sees Jesus.

Clavius tells Jesus he, Clavias, doesn’t know what to say. “Speak your heart”, Jesus responds. …as Clavius struggles, Jesus says “What frightens you?”

“Being wrong. Betting an eternity on it.”

I am not a theologian or historian, so I will leave the veracity of Clavius’ existence and story to others. The intimate conversation in the film stays with me. How many times have I felt truly alone, and worse, with no hope? What brought me back? Knowing the love of the Lord was in my midst.

Having had conversations with younger friends, asking them to examine their inner selves has been its own journey. “What are you afraid of?” has brought the same response: Being wrong. Making a mistake.

As Christ exhorts us, leave the past behind, know him, and you will know yourself.