What (Soon-to-Be) St. Newman Taught Me 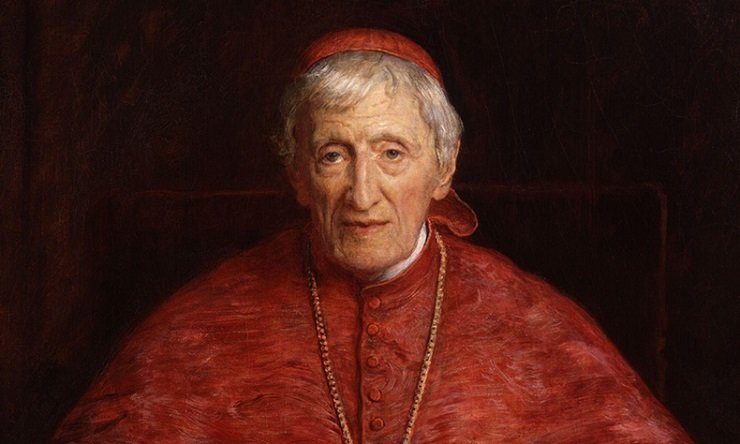 Blessed John Henry Newman is going to be canonized a saint. That announcement, made February 12, is great news. His work has been foundational to me — and my family.

My family has a history of extreme reactions to Cardinal Newman.

My grandfather — a Spaniard who was a voracious reader in several languages — went blind in his old age and donated his treasure trove of books to the the University of Arizona library — all except one British author.

“If I ever regain my sight,” he told me, “Newman is all I will want to read.”

Later, when I moved to San Francisco as a young graduate with only $57 in my pocket, the first thing I did was walk to the offices of Ignatius Press to buy Newman’s Plain and Parochial Sermons, written in the 1830s when he was still an Anglican priest. The book cost $54. The next thing I did was find a friend’s apartment to crash in and maybe get dinner.

It was a bad decision financially, but one that has done wonders in my spiritual life. After that, I have spent a lifetime getting to know Newman better. Here are my favorite lessons from the British convert.

I learned from Newman to stop thinking of heaven as a reward God gives those who work hard. Instead, I learned heaven is a place where people who know and love God get to know and love him more deeply.

“Supposing a man of unholy life were suffered to enter heaven. He would not be happy there; so that it would be no mercy to permit him to enter,” wrote Newman. “When he arrived there, he would find no discourse but that which he had shunned on earth, no pursuits but those he had disliked or despised, nothing which bound him to aught else in the universe, and made him feel at home, nothing which he could enter into and rest upon.”

Newman once warned that the sin of “notoriety” had been turbo-charged by the “new media” of his day: large circulation daily newspapers.

“Never could notoriety exist as it does now, in any former age of the world; now that the news of the hour from all parts of the world, private news as well as public, is brought day by day to every individual,” he wrote. It used to be that only the very rich could cultivate a public persona by spending money on “houses, gardens, and parks.” But now, anyone can achieve notoriety by being covered in the newspaper.

“Notoriety, or, as it may be called, newspaper fame, is … a sort of idol, worshiped for its own sake, and without any reference to the shape in which it comes.”

Newman taught me that our brains don’t convert us — our hearts do.

Newman’s Grammar of Assent shares this brilliant insight into how you can’t argue someone into the faith. You have to love them in.

“The heart is commonly reached, not through the reason, but through the imagination. …. Persons influence us, voices melt us, looks subdue us, deeds inflame us. Many a man will live and die upon a dogma: no man will be a martyr for a conclusion.”

Newman did that for me. He also taught me that it’s hard to be loving with everyone.

I spent my junior year of college at Oxford University, where Newman’s ministry began, and attended several talks about him and his works. One was by an Oxford man active in Newman’s cause.

He shared that the Vatican Congregation for Saints’ Causes received testimony from an acquaintance of Newman who said that whenever he visited Newman, he found him to be surly and abrupt — not saintly at all.

After exhaustive interviews with people who knew Newman, the Vatican filed this testimony with a note that said something like: “Since no other visitor to Newman has described a similar experience, we are forced to conclude that Newman’s normally sunny mood was only darkened by visits from this particular individual.”

In other words, even saints had certain people in their lives that they had a hard time dealing with.

Then, Newman helped me focus on each day’s holiness.

Once, when Newman was stuck in Italy, sick and unable to find a boat back to England, he found himself bursting into sobs.

He decided, while he was stuck, he would keep busy visiting churches in the area. There he found peace, which he expressed in a poem that was later made into a hymn:

“Lead, kindly Light, amid th’ encircling gloom … The night is dark, and I am far from home … Keep Thou my feet; I do not ask to see / The distant scene; one step enough for me.”

Heaven is a long way off and life is hard. So be it. One step is enough right now.