When Radio Was King, Community Followed 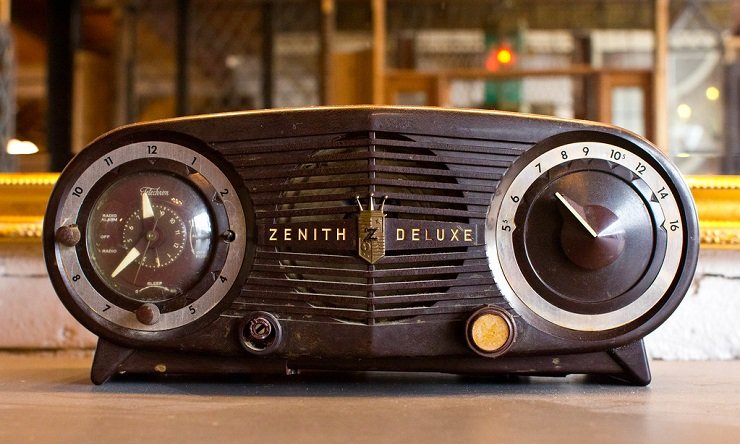 Among my teaching responsibilities at Benedictine College, I handle two sections of a course called “Media and Society”. It is a General Education fulfillment as well as a core course for our Journalism-Mass Communications majors and minors. We’re in the midst of discussing the impact of radio in the course of our history. Suffice to say, I can speak to that topic, personally.

Students ask me what was my “favorite” time during more than 40 years I spent in broadcasting. My response is, basically, the period from early 1972 to about the end of 1986.

Radio was still a very interactive and personal medium, making the connection between personality and listener, and with all of us “listening” together, no matter where we were. In the “early” years, I was playing music, and emoting, somewhat youthfully, on my midday show as “Mike Edwards” at KDTH in Dubuque, Iowa; I posted a Sound Cloud clip from early 1973 if you are at all curious.

In my case, radio in that period (and certainly, in the 1960s) had a communal feel to it. Hundreds, perhaps thousands of individuals were listening to the same song, played by the same disc jockey, but the listeners were touched, each in their own way, emotionally, by what they heard. We all belonged, together, no matter our economic or social status. As an air personality, I couldn’t “see” you, but I had a good idea who you were and, as important, why you were listening. We were sharing the day’s ups and downs, together, and I tried to select songs that people enjoyed, and could sing along to (and you did, correct?). It’s a format that still is in place in smaller markets across the country, including in Atchison, on KAIR-FM.

The other communal experience tied to radio and music was the types of songs people listened to.

I pointed out the tone of music changed as the Vietnam conflict grew in scope and anger from those for and against our involvement grew. “For What It’s Worth” by Buffalo Springfield, “Ohio” by Crosby, Stills, Nash, and Young and “War” by Edwin Starr stand out. Yet, in the midst of the anger, hurt, and raw emotion, there were the Carpenters, with “We’ve Only Just Begun,” “It’s Going To Take Some Time” and so many others.

Looking back, I believe their music, sincere, heartfelt, and honest, paired with beautiful orchestral arrangements, kept us together as a generation suffering the loss of our own in Vietnam. I am not one to assign some sort of “message” to pop songs, especially, but thinking back, there was a peace-filled message in the Carpenters’ many hits.

There are those emotions, those “other voices” which draw us away from each other, and, ultimately, from God’s love, and we need our familiar, loving voices, as communities of faith, to give us the peace, joy, and love we seek.

For God so loved the world that he gave his only Son,
so that everyone who believes in him might not perish
but might have eternal life.
For God did not send his Son into the world to condemn the world,
but that the world might be saved through him. John 3:17