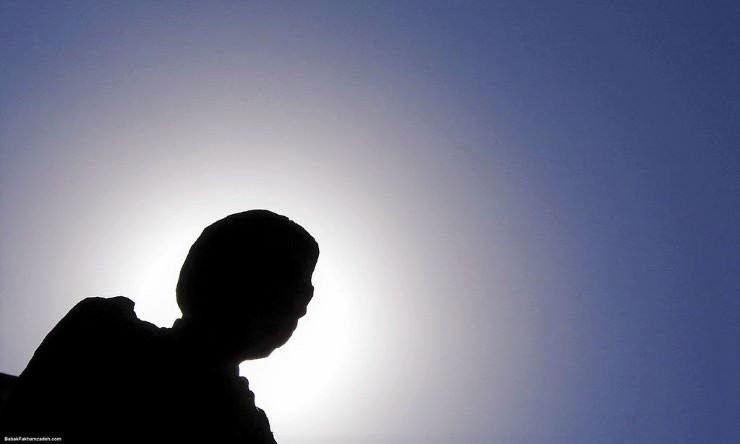 Jesus warned several times about too much religiosity.

“Not every one who says to me, ‘Lord, Lord,’ shall enter the kingdom of heaven,” he said, “but he who does the will of my Father who is in heaven.” He even specified that some very pious people will be cast away: People who “prophesy,” “cast out demons” and “do many mighty works” in his name.

In another Gospel, he seems to suggest that even frequent Mass-goers might be in that bind. He says some will tell him, “We ate and drank in your presence, and you taught in our streets,” and will hear back from him, “Depart from me, all you workers of iniquity!”

So, how do you know if you’re too “pious”? You know you’re too religious when …

When your pious practices interfere with your state in life, which should come first.

I learned this from Father C.M. Buckley, who lived on my dormitory floor in college. He understood college students’ habits so well, he offered a 10:00 p.m. daily Mass — and he understood our weaknesses so well that he told us, “I don’t ever want to see you at that Mass if your homework isn’t done.”

You are obliged to go to Sunday Mass, but you are not obliged to go to Daily Mass. God is more pleased by your fulfilling the obligations of your state in life than he would be if you skipped them to spend time at Mass, or a Holy Hour or Vespers.

If you’re in college, your studies come first. If you’re a parent, your family or work comes first.

When you are pious for the sake of your own glory instead of God’s.

John the Baptist had a huge following, but in the end he stepped aside, saying, “He must increase; I must decrease.”

St. Benedict Laboure felt the same way. The homeless French saint used to spend hours kneeling in prayer. But when he heard someone else coming into the chapel, he would quickly sit down. He didn’t want to be seen being holy because he was afraid he would start praying in order to look good, not for God.

I love the way St. Josemaria Escrivá put it: “Don’t wish to be like the gilded weather-cock on top of a great building: However much it shines, and however high it stands, it adds nothing to the solidity of the building. Rather be like an old stone block hidden in the foundations, underground, where no one can see you: because of you the house will not fall.”

When you pray more in public than you do in private.

It can easily happen, though, that that is the only form of prayer we never do. We pray at meals, special events, and Mass — but we never quite get around to personal private prayer. That has to change.

We all saw St. John Paul II’s public prayers. But Monsignor Slawomir Oder, when he headed up the late pope’s cause for canonization, discovered much more. For instance, Pope John Paul II slept on the floor of his room most of his life as a form of mortification, and rumpled his bed to make it look slept in.

He did this for God alone, when no one else would know. That is how our spiritual life should mostly be.

When you don’t know why you are performing an act of piety.

Catholics genuflect to the tabernacle because it holds the Real Presence of Jesus Christ, their Lord and king. For most of us in most of our life, this has meant genuflecting toward the front of the church before getting into our pew.

Consequently, many people now genuflect before getting into a pew even when there is no tabernacle in the center of the church and therefore no reason to genuflect. They kept the pious practice, but lost the reason why.

Be careful of any pious practices you do for no good reason. Divorced from its true purpose, these can easily become empty or even superstitious gestures.

When your piety is burning you out.

Ronald Knox, in his book Enthusiasm, traces the history of various heresies, and he keeps seeing the same pattern emerge: A group of people discover what they take to be a purer, more intense expression of Christianity. They demand more from their followers than the Church does. Often, these groups grow rapidly and then fade just as fast when people get tired of the discipline.

John Ghaly described how that happened to a friend who thought “you were a bad Catholic” if you didn’t make a daily holy hour, Mass, Rosary, and Liturgy of the Hours. “But when I was doing all those things I was miserable, and I was getting to the point where I was about to just quit everything. I couldn’t find any peace or happiness.”

I like the way one theologian here put it: “Beware of anyone who takes what is merely recommended and makes it obligatory, or takes something the Church permits and makes it impermissible.”

So that’s when you know you’re being too pious.

Stay tuned for part 2: “You know you’re not being pious enough when …”