5 Ways Your Name Day Is Better Than Your Birthday 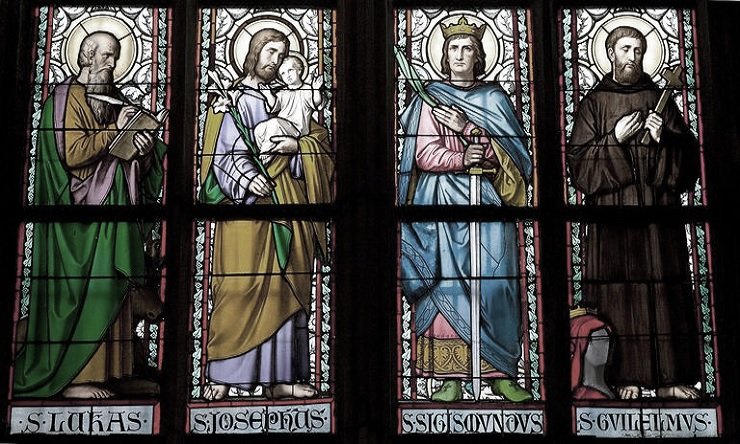 Why do we celebrate our name days — the feast day of the saint after whom you were named, or the patron saint you chose?

In many countries, your name day is more important than your birthday. To try to understand why, I asked people who are experts in name changes — the monks and other religious who took a saint name as their own. Here are their reasons.

In Germany, where Catholics traditionally celebrated name days more than birthdays, there was a saying: “Every cow has a birthday.” No cow has a home in heaven, however.

“Your name is given in heaven!” Sister Joseph Andrew Bogdanowicz of the Ann Arbor, Michigan, Dominican Sisters of Mary, Mother of the Eucharist, told me.

Lay people see this especially at confirmation, she said, when we pick a patron.

“Different people choose for different reasons,” she said: “perhaps it is a saint they simply have great devotion to and wish to honor; perhaps it is a saint who excelled in a virtue they realize they may lack; it could be someone with whom they have a special connection through their interests or work or education; or it may be a saint that is special to someone whom they love.”

Whatever the reason, she said, “we also believe the saints choose us — and put a special devotion in our hearts to them.”

Second: Your name gives you your mission.

In the Bible, when someone is given a new name, they also receive a new mission. Abram, or “exalted father,” was renamed Abraham, “father of a multitude” when he founded a new people. Simon was renamed Peter, “Rock,” when he was called to be the steady center of gravity for the Church.

Sisters and monks say they have learned the meaning of their names over time in their roles in religious life.

Sister Joseph Andrew had no idea that her double name meant “Increasing Strength” when she requested and received the name.

But now she sees how the names fit. “So many times I relied upon good St. Joseph to give my family the strength we all needed,” she said, and now after 30-plus years as a vocations director she appreciates that “St. Andrew was the first apostle called — the first to ‘leave all things to follow Christ!’”

Father Simon Baker, the chaplain of Benedictine College in Atchison, Kansas, said he almost thought his name had failed him. He was Carl before becoming a monk but he knew that Christianity entailed the cross, so he took the name of Simon of Cyrene.

But “for a long time, I’ve actually realized I don’t have a heavy cross. I pretty much love my life. I have a lot of great friends I respect and listen to. I am not persecuted,” he said. He asked Jesus why that was, and got an answer: “If Simon had his own cross to carry, he wouldn’t be able to carry mine.” Now he realizes, “My job is to help others with their crosses.“

Third: The name puts the presence of another in your life.

In Hinduism, chants, which are often names, are meant to bring a presence into the room.

This is somehow true for Catholics. We pray “In the name of the Father and the Son and the Holy Spirit” so that our prayer will be made in the presence of the Trinity.

“A real presence changes the environment it enters,” said Brother Angelus Atkinson at St. Benedict’s Abbey. “I think this was at play when the Abbot gave me the name Angelus. … This event defines me and ‘explains’ me more than any other way I could try to describe myself.”

All of which got me thinking about my own name, and helped me realize that …

Fourth: Your name gives you a new identity.

It used to be the case that a name was assigned at Baptism, when you literally became a “new person” in Christ.

“I almost think of Carl as the before Christ version of me,” Father Simon said. It’s the same with Father Gabriel Landis, a Lutheran convert. “I do, think that I am a different person, or I am becoming a different person with my name change,” he said.

Names function the same way for women who change their name when they start a new family. Which brings me to my own name.

Fifth: Your name embeds you in the life of the Church.

That’s why I’ve always felt specially chosen to be a Thomas — the doubter who, unlike the others who doubted, was willing to voice his doubts, allowing Jesus to clear them up. It is my mission to do the same thing.

So celebrate your name day and the mysterious power it represents that shapes who you are — and who you are meant to become.