Another Actress’s Story Shows What Real Choice Looks Like 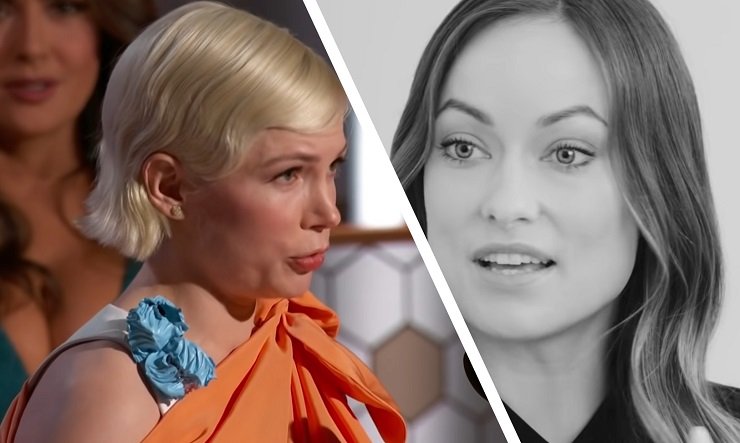 By now, the comments of a Golden Globe award winning actress on her abortion have gone viral, and spawned a thousand commentaries.

But the words of another actress — and countless less glamorous women — make the opposite case.

Michelle Williams, who won the Golden Globe for her role as dancer Gwen Verdon in the television show “Fosse/Verdon,” telling her audience to vote for abortion.

“I’ve tried my very best to live a life of my own making, not just a series of events that happened to me,” she said. “I wouldn’t have been able to do this without employing a woman’s right to choose, to choose when to have my children, and with whom.”

Apparently, Michelle Williams got pregnant and felt like the only way forward was to kill her unborn child. Which sounds like she lacked choice.

Elizabeth Daly of Veritas films posted a great counter example: A YouTube video of Olivia Wilde, who got pregnant shortly after landing the role that would be her big break.

In an interview with Sam Jones (it features profanity in its title, but you can find it here) Wilde talks about auditioning for Reed Morano, director of the TV series “Meadowland.”

The two hit it off and shared a vision for the role, so Wilde got the job. But then calamity hit — or so Wilde thought.

“I got pregnant,” she said. “I was thrilled but panicked that I had finally gotten this role that I was so excited for, and now was probably going to have to give it up.”

She said she even felt like her pregnancy was a betrayal.

She explained: Morano “took a risk on me. She could have given it to these brilliant Oscar nominees, and she gave the role to me and now I let her down. I felt like I was a 16-year-old who got pregnant in high school and had to tell my mom.”

Wilde remembers calling the director, with hunched shoulders and shaking hand, to break the news. “I have to tell you something,” she said. “I’m pregnant!”

Morano’s reply: “Dude, that’s great! That’s the greatest preparation for this role you could possibly do.”

The difference in the two approaches couldn’t be greater

Williams, apparently, felt like she had no choice but to have an abortion if she wanted to have a career. Wilde’s director respected and even appreciated her choice to have her baby.

But, of course, all of this analysis ignores that there is one person in each story who had no choice at all: The baby.

And that’s where a third example comes in: A friend who lamented her abortion and would tell all who tried to comforted her, “No. I killed my child.” She was truly “Rachel weeping for her children,” who “refused to be consoled.”

Her story is like many others recounted at Project Rachel.

One woman was convinced she would feel relief at her abortion. But, “Soon the relief wore off and I felt increased self-loathing. … Now I am overcome with grief and sadness.”

Another is fed up with people telling her to “get over” her abortion and stop crying about it. “I can’t even grieve properly. What am I supposed to grieve? I have nothing,” she said.

“I still cry,” said another, years after her abortion. “Not a day goes by that I don’t think of my lost child. When I wake up in the morning, I know I’ve had an abortion. I would never wish this pain on anybody.”

That’s the less glamorous reality of abortion that women deal with every day.