Be the Servant They Need 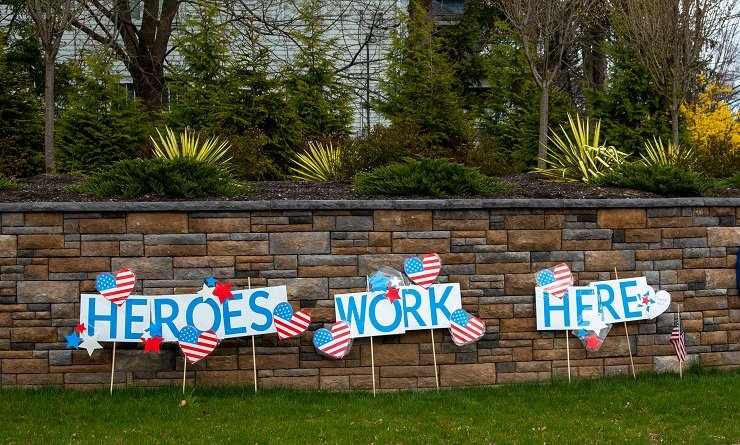 As they continued their journey he entered a village where a woman whose name was Martha welcomed him.
She had a sister named Mary [who] sat beside the Lord at his feet listening to him speak.
Martha, burdened with much serving, came to him and said, “Lord, do you not care that my sister has left me by myself to do the serving? Tell her to help me.”
The Lord said to her in reply, “Martha, Martha, you are anxious and worried about many things.
There is need of only one thing. Mary has chosen the better part and it will not be taken from her.”
— Luke 10:38-42

“Therefore I tell you, do not worry about your life, what you will eat [or drink], or about your body, what you will wear. Is not life more than food and the body more than clothing?
Look at the birds in the sky; they do not sow or reap, they gather nothing into barns, yet your heavenly Father feeds them. Are not you more important than they?
Can any of you by worrying add a single moment to your lifespan?”
— Matthew 6:25-27

I’m hearing and viewing a great deal of commentary about everything under the sun, as are you. It can be COVID, it can be the national questioning of what has happened in our nation, and where we go as a people.

“When I was your age” won’t work. When I was their age, I was married, had two children, and trying to stay employed in what was an increasingly volatile broadcasting business. By our tenth anniversary, I had been at six jobs in six different markets. We should have had a VIP parking space at the U-Haul Center.

Through all the bad times, mixed with plenty of good times, my family persevered, for which I am truly thankful. I finally “retired” from radio in late 2005, as I had accomplished most everything I had set out to do, plus a host of things I hadn’t imagined.

Maybe that’s the key, which I have stumbled on at this point in life.

It’s (finally) understanding that, as St. Benedict tells us in the Chapter 57 of The Rule: That God May Be Glorified in All Things (1 Pt 4:11).

Benedict was speaking of the price to charge for items created by the monks, and, more deeply, seeking humility in all deeds.

Perhaps the message I can share with my dear younger friends, and with former students expressing their bewilderment and despair at the wounds of the world is, present yourself as a humble servant of God, one who wishes to change one heart at a time. Trying to change a crowd, a mob, or the angry world in one sitting is doomed to failure. Celebrate each individual victory, the change of heart. Know you are on as much a mission each day as you might be in a faraway place.

There is much sadness, personal grief, fear, and trepidation among us. But, seek out the “doers,” not the “talkers”. Talk is cheap. Accomplishing good, one deed at a time far outpaces a lonely expression. It’s also much more difficult. But, as Jesus gently chided Martha: follow the word and apply it, as did Mary.

Much joy will appear, when you least expect it, when you truly serve the Lord.