Ideas have consequences when they inspire and mobilize people. That was true in 1776 and it is true in the riots today.

The idea that changed the world in 1776 — starting from America, then spreading — were the ringing words of the Declaration of Independence: “We hold these truths to be self-evident, that all men are created equal, that they are endowed by their Creator with certain unalienable Rights, that among these are Life, Liberty and the pursuit of Happiness.”

The idea that is having consequences today is the “1619 Project,” a series of articles published in 2019 by The New York Times, led by journalist Nikole Hanna-Jones and timed with the 400th anniversary of the arrival of slaves to Virginia.

The series of articles do an invaluable service by telling the stories of the slaves, whose voices are too often ignored. Many of us want to think of “slavery” but not of human beings being bullied and frightened into submission. Slavery in the United States was not an abstract societal ill but a series of brutal, dehumanizing acts against individual women and men, children and families.

However, in her lead essay, Hannah-Jones wrote that “one of the primary reasons the colonists decided to declare their independence from Britain was because they wanted to protect the institution of slavery.”

Prominent historians took great issue with that assertion, and in fact the paper eventually corrected the statement to specify only “some colonists.” Nonetheless, the idea remains that America in its founding and in its core is dedicated not to life, liberty, and happiness — but to slavery. The riots that tore down statues of founding fathers had exactly that thought in mind.

It is important to note two things: First, that to think of America as fundamentally dedicated to slavery is not strange at all. Second, that it is nonetheless untrue. Our founding principles inexorably ended slavery.

It is easy to see why people would doubt the sincerity of America’s founding principles.

From the very beginning, founding fathers like John Quincy Adams saw that “Slavery is the great and foul stain upon the North American Union.” 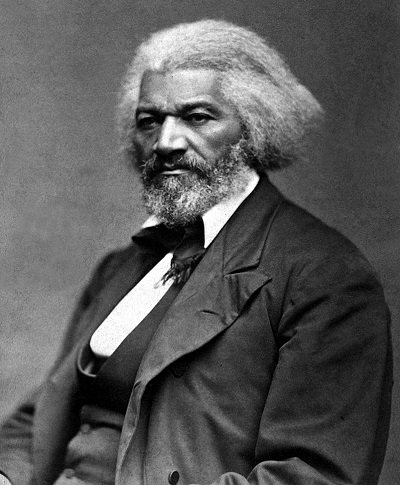 Frederick Douglass (1817-1895), who had escaped slavery in Maryland, gave a speech on July 5, 1852, in Rochester, N.Y., in which he explained what July 4th celebrations felt like to a black person.

“What, to the American slave, is your 4th of July?” he asked. “I answer; a day that reveals to him, more than all other days in the year, the gross injustice and cruelty to which he is the constant victim. To him, your celebration is a sham; your boasted liberty, an unholy license; your national greatness, swelling vanity … all your religious parade and solemnity, are, to him, mere bombast, fraud, deception, impiety, and hypocrisy — a thin veil to cover up crimes which would disgrace a nation of savages. There is not a nation on the earth guilty of practices more shocking and bloody than are the people of the United States, at this very hour.”

But that is not all Frederick Douglass said. He also knew that the Liberty Bell tolled the death knell for slavery.

“The 4th of July is the first great fact in your nation’s history — the very ring-bolt in the chain of your yet undeveloped destiny,” he wrote. “The principles contained in that instrument are saving principles. Stand by those principles, be true to them on all occasions, in all places, against all foes, and at whatever cost.”

Martin Luther King Jr. also saw more than hypocrisy in the Declaration. He saw the light of destiny. 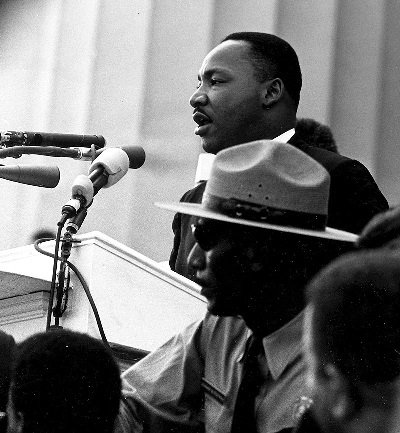 Rev. King, like Douglass, saw the fine line between hypocrisy — refusing to practice what you preach — and “speaking a truth into existence,” in which you repeat your high ideals in order to reform your behavior.

In his 1963 Letter from Birmingham Jail, he described the hypocrisy of America’s Founding Principles:

“Before the pen of Jefferson scratched across the pages of history the majestic word of the Declaration of Independence, we were here. For more than two centuries our foreparents labored here without wages; they made cotton king; and they built the homes of their masters in the midst of brutal injustice and shameful humiliation.”

But he also saw the power those principles have to transform America:

“Standing up for the best in the American dream and the most sacred values in our Judaeo-Christian heritage,” he said, would carry “our whole nation back to those great wells of democracy which were dug deep by the founding fathers in the formulation of the Constitution and the Declaration of Independence.”

Later that year, he would expand on that theme in his “I Have a Dream” speech given at the Aug. 28 March on Washington, D.C.

“When the architects of our republic wrote the magnificent words of the Constitution and the Declaration of Independence, they were signing a promissory note to which every American was to fall heir. This note was a promise that all men, yes, black men as well as white men, would be guaranteed the ‘unalienable Rights’ of ‘Life, Liberty and the pursuit of Happiness,’” he said. “Now is the time to make real the promises of democracy.”

Even Pauli Murray (1910-1985), the civil rights activist often cited as the most radical, resoundingly praised the nation’s founding documents.

In a 1976 interview, she said Americans founding principles were more than “pretensions.”

“I want to see America be what she says she is and I consider it part of my responsibility to do that. It’s a kind of patriotism,” she said. She described a visit she had made to Washington, D.C.:

Today, the newest, most popular representation of the founding fathers recognizes the same thing.

In his newly streaming musical Hamilton, Lin Manuel-Miranda’s nonwhite cast goes to great lengths to point out that anti-slavery forces were pushing hard from the very beginning in America. In the musical based on historian Ron Chernow’s work, New York’s Alexander Hamilton excoriates southern slavery in one Cabinet battle with Virginia’s Thomas Jefferson.

John Laurens, who along with Hamilton encouraged George Washington to arm slaves and grant their freedom in return, is front and center to the story, decrying slavery repeatedly. The musical seems to agree with Frederick Douglass, Martin Luther King Jr. and Pauli Murray’s insistence that the founding was no mere cover for slavery — but an important step in the fight against it.

In fact, activists in the biggest civil rights movement of our day can relate directly to this understanding of the Declaration of Independence.

Counting the October life chains across America, the yearly January marches that take place in Washington, D.C., San Francisco, and everywhere in between, as well as weekly sidewalk counseling and other activities, the right to life movement is indisputably the largest civil rights movement of our day.

Its prophets do the same thing earlier civil rights leaders did: They point to the Declaration of Independence as the foundation of their cause. 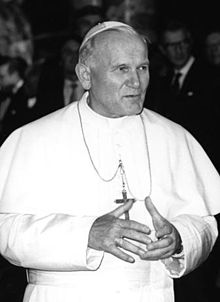 St. John Paul II pointed out in 1997 that America’s founding principles make it great — but that the nation needs to follow them better, starting with the right to life.

“The continuing success of American democracy depends on the degree to which each new generation, native-born and immigrant, make its own the moral truths on which the Founding Fathers staked the future of your Republic,” he said. “The credibility of the United States will depend more and more on its promotion of a genuine culture of life, and on a renewed commitment to building a world in which the weakest and most vulnerable are welcomed and protected.”

“America can become a sign of peace for the world. From here, a sign of care for the weakest of the weak — the unborn child — must go out to the world. If you become a burning light of justice and peace in the world, then really you will be true to what the founders of this country stood for.”

It took decades, but the Declaration of Independence and Constitution ended the terrible trade of slavery, and helped unite us across the racial divide.

We celebrate the Declaration this July 4 hopeful that it can unite the country again — and confident that its principles will one day end the terrible trade of the abortion industry as well.