Fatima Movie Shows Kids How to Change the World 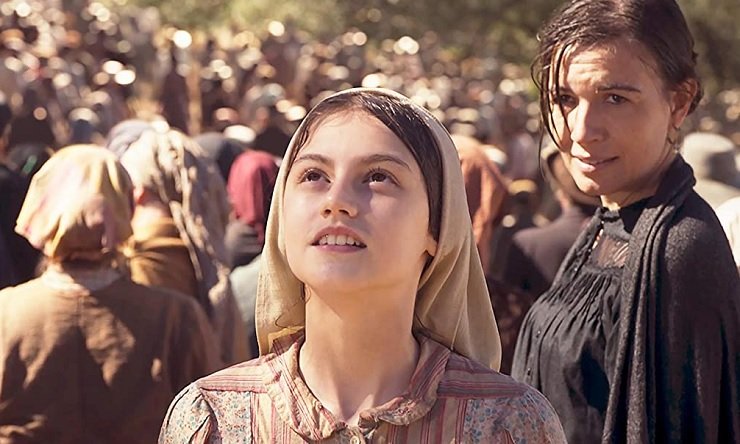 Children can change the world.

That is the message of Fatima — both the 1917 apparitions to child shepherds in Portugal and the 2020 movie about their story. It is also the theme of the Fatima Family Handbook I wrote.

Children are capable of far more than we give them credit for. Here are some lessons kids (and adults) can learn from the movie.

The first lesson is the year the film’s story opens, 1989: A year that teaches that prayer solves enormous problems.

The Berlin Wall fell, and the communist bloc followed, starting in 1989. I love what Jody Bottum wrote about this: “Maybe the single most important person in the 20th century’s long struggle against communism wasn’t Ronald Reagan … [but] a 10-year-old girl named Lucia dos Santos.”

The Fatima children, led by Lucia, who is the focus of the movie, were entrusted with Our Lady’s message that we should all pray for peace, and for the conversion of Russia. This inspired the world and inoculated countless people against the propaganda machine that tried to make communism into the inevitable atheistic future of the world.

Second, the war references in the movie teach a related lesson: War fails whenever it is tried.

The Fatima movie shows the reality of war, with wounded soldiers returning shell-shocked, or not returning at all, to their families, and with the vision of the assassination attempt on the pope.

That is entirely appropriate. The other Catholic figure that had an outsized impact on the events of 1989 was Pope John Paul II, who suffered an assassination attempt on the May 13 anniversary of the first apparition of Our Lady of Fatima.

He knew firsthand that war didn’t solve Europe’s problems. “Liberation Day” in Poland celebrated the wartime defeat of the Nazis — but it was put on Poland’s calendar by an atheistic communist regime who seized the country and outlawed the faith. Pope John Paul would return to Poland as pope to preach human dignity.

“The events of 1989 are an example of the success of willingness to negotiate and of the Gospel spirit,” he later wrote, in the encyclical Centessimus Annus. The Gospel won what war couldn’t.

Third, the movie shows that sin is a kind of war, a war on God.

The Fatima movie delves into territory that people tend to avoid with their children, showing Satanic temptations and a vision of hell.

Every parent should decide for themselves what is appropriate for their children, but my thinking on what children should see was transformed by Barbara Nicolosi, one of the film’s screenwriters, who wrote years ago that “Children have the right to be rightly disturbed.” While many disturbing sights should certainly be kept from children, other disturbing sights ought to be shown to them, she argues.

Our Lady apparently agrees. In 1917 and in the movie she shows the children a vision of hell that terrifies them. Our Lady knows the devil is at war with her children, and that they deserve to be warned.

Fourth, the movie shows what a powerful example children can be.

The children are leaders in the movie in a way that is different in kind from most “child hero” movies. The Incredibles’ siblings, Harry Potter’s pals and the Spy Kids are all children who must be stronger than adults to win the day. The Fatima children conquer in ways any child can imitate: sacrifice, obedience and prayer.

“Why would she choose a child, of all people?” asks a character in the movie about the visions, then answers his own question: “Innocent messengers make the message more authentic and unassailable.”

Lucia’s words as an old women are a perfect mission statement for children: “I can only give you my testimony. I cannot give you answers for everything.”

Fifth, the movie can begin a deeper dive into Fatima.

If the movie isn’t right for your children, look at other presentations of the story: The 1952 movie is top-notch and the Holy Heroes audio version is excellent.

Tell them that children can change the world through the three Cs of Fatima: Consoling Jesus, Converting Sinners, and Committing to Mary. The Fatima Family Handbook explains each, with a kid-friendly version of the whole story, what Church teaching says about it, and “Your Fatima Family Action Plan.”

“Our Lady needs you — all!” St. John Paul told a group of children at Fatima. She needs all of our children, too.