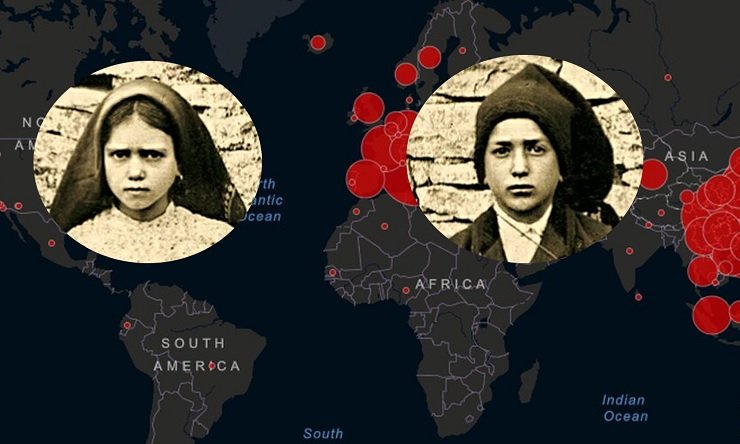 Jacinta Marto died alone. Her family and well-wishers couldn’t be with her because a pandemic had imposed restrictions worldwide. The one thing she wanted before she died was the Eucharist, but even that was denied her.

If that sounds familiar, it should.

In February of 2020, exactly 100 years after Jacinta’s death in February of 1920 in the wake of the Spanish Flu pandemic, the coronavirus pandemic started to hit the news in the West with a vengeance, and would soon be too big to ignore.

Sts. Jacinta and Francisco Marto, patrons of the sick, helped prepare the world for both pandemics.

From 1916-1917, three shepherd children in Fatima, Portugal, began to see visitors from heaven, first an angel and then Our Lady of Fatima. The visions culminated in a Miracle of the Sun when Francisco was 9 and Jacinta was 7, which was witnessed by thousands and attested to by believers and nonbelievers alike.

Our Lady asked the children to tell the world: “They must not offend the Lord any more, for he is already too much offended!” and she predicted a terrible war would follow if people did not repent. World War I was still raging, and World War II followed, but also the Spanish Flu pandemic that would take the lives of Francisco and, indirectly, Jacinta Marto.

“With the canonization of Francisco and Jacinta, I wanted to propose to the entire Church their example,” said Pope Francis in 2017. “After the encounter with the ‘Beautiful Lady,’ as they called her, they frequently recited the Rosary, they did penance and offered sacrifices to bring about the end of the War, and for the souls most in need of divine mercy.”

As we long for the Eucharist, we can look to Francisco and Jacinta as models. 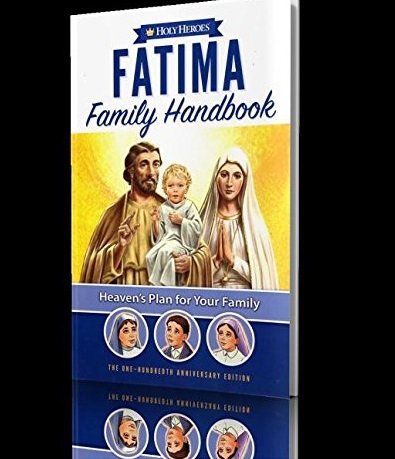 In 2017, I wrote a Fatima Family Handbook that, providentially, is being reprinted right now. It gives practical ways to follow the two children in consoling Jesus, converting sinners and committing to Jesus through Mary. One was visiting the Blessed Sacrament.

In the year and a half he lived after the visions, Francisco’s life was marked by longing for the Eucharist. He liked to squirrel himself away in the church, praying very close to the “hidden Jesus” in the tabernacle.

He died on April 4, 1919, at age 10. Jacinta would linger on, as Our Lady warned her she would do. She suffered greatly in her sickness, becoming separated from her family to go to a hospital in a Lisbon orphanage. She had one enormous consolation: She could see the tabernacle from a chair in a passageway outside her room, gazing as long as she was able.

This is what we do, exiled by pandemic from Communion, and only able to perhaps visit the tabernacle or see it through the “window” of our screens.

We can also follow their example by offering our sufferings for the conversion of sinners.

In canonizing the two children, Pope Francis said, “Our Lady foretold, and warned us about, a way of life that is godless and indeed profanes God in his creatures. Such a life — frequently proposed and imposed — risks leading to hell.”

Francisco and Jacinta were models of doing penance so that sinners could be saved from that fate worse than death.

When his father asked him one night why he was crying, Francisco said: “I was thinking of Jesus who is so sad because of the sins that are committed against him.”

The sins the children were worried about seem to fit our time even better than their own.

Jacinta, warned her mother after Our Lady showed the children a vision of hell: “Mother, fly from riches and luxury.”

She also said, “To be pure in body means to be chaste, and to be pure in mind means not to commit sins; not to look at what one should not see, not to steal or lie, and always to speak the truth, even if it is hard.”

Commenting on Jacinta’s concern for sin, Pope Francis said, “today too, there is much need of prayer and penitence to implore the grace of conversion.”

In his Urbi et Orbi prayer for the pandemic, Pope Francis listed the ways we have fooled ourselves in following false promises. “This Lent your call reverberates urgently: ‘Be converted!,’ ‘Return to me with all your heart.’ You are calling on us to seize this time of trial as a time of choosing,” he prayed, and told us all: “Faith begins when we realize we are in need of salvation.”

If he is right and sickness and suffering is a call to repent and return to God, then God is calling to repentance as never before. Francisco and Jacinta show the way.

coronavirus pandemic, Hope in a pandemic