Gregory the Great vs. the Plague 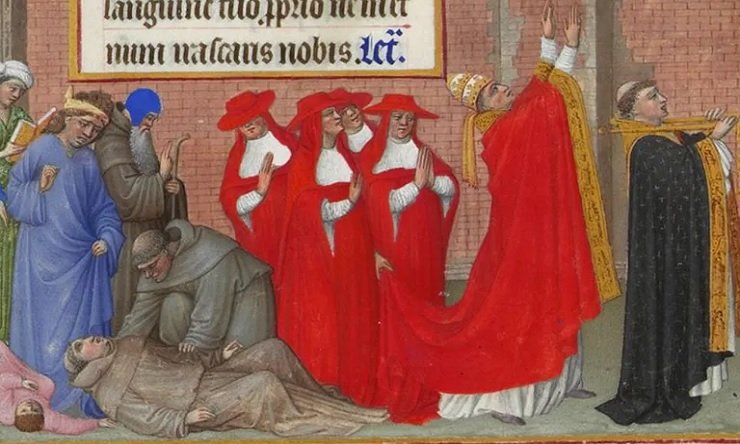 The Gregorian Fellows leadership program at Benedictine College is designed to train and launch Catholic leaders rooted in their faith and ready to be effective in contemporary society. By forming its students deeply in the mission, advancing its mission through alumni in every walk of life, and extending its mission regionally and nationally, Benedictine College hopes to Transform Culture in America.

Dr. Joseph Wurtz, the director of the Gregorian Fellows Leadership Program at Benedictine College in Atchison, Kansas, provided this reflection for Gregorian Fellows separated from each other by the coronavirus pandemic.

I know these last four weeks have been a difficult adjustment for all of us. As we enter Holy Week, I wanted to let you know that I will be praying specifically for each of you. It is also important to put these times in perspective so I thought I would leave you with a short reflection.

The year 589 was one of widespread disaster throughout the Roman Empire. The ancient civilization had all but disappeared and barbarism was spreading throughout the crumbling Empire. The Tiber flooded over destroying buildings and ruining the food supply, including the granaries of the Church that were the storehouses of corn.

Pestilence followed on the floods, and Rome became the epicenter of death. Business was at a standstill, and the streets were deserted save for the wagons which hauled countless corpses for burial in common pits beyond the city walls.

To add to the severe misery of this time, the plague hit Rome and in February 590, took the life of Pope Pelagius II. These were bleak and uncertain times. How would the Church survive amid the many storms that were raging?

In God’s Providence, a very capable leader was chosen. Though he did not seek it and in fact, tried to resist it, he humbly acquiesced and accepted the position of Holy Father.

This Holy Father brought the Church from the depths of despair, built alliances with warring factions, evangelized England, and prayed and fasted until the plague abated and Rome was spared. He once remarked, “I face danger with a joyful soul.”

Yes, you know it, that man was Gregory the Great – our patron. Let us never forget that the Lord’s work exceeds ours – infinitely.