In Defense of ‘Mary Did You Know?’ 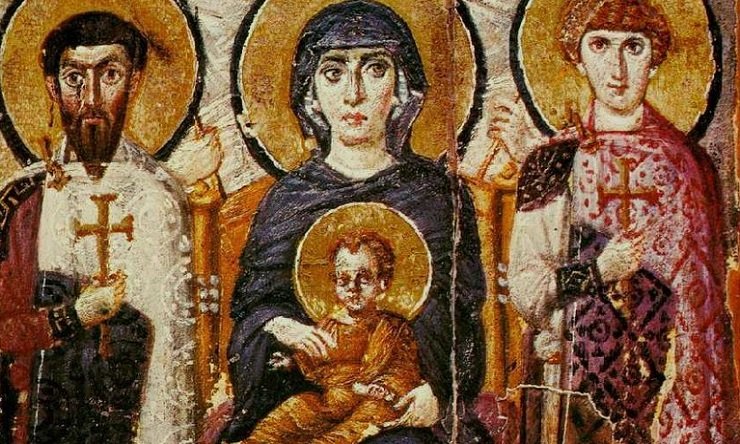 I rise in defense of the song “Mary Did You Know?”

I first defended the song when the a-capella Pentatonix version of it was new, and it attracted two kinds of commenters:

Count me in a third category: I like the song and do understand what all the fuss is about. Now that I am seeing arguments about the song returning, I want to answer the two best objections; to its theology and to its art.

Objection 1: The theology is bad!

Writers have made the very good point that this Evangelical Protestant dabbling in Marian spirituality, while admirable, falls far short of the fully developed Catholic understanding of the role of the Mother of God. It has Mary asking questions that we know Mary knew the answers to.

That is true. The song is best used as a conversation starter, not as a statement on the soteriological significance expressed in by Marian dogma.

But I think it is defensible even on its own terms.

First, I think it deserves some leeway simply because it is a question song, in which rhetorical questions are asked but not answered. Think “Blowing in the Wind” or, to keep it Christmas, think “Do You Hear What I Hear?”

The questions are meant to raise issues, not settle them, and in this they are very much in the spirit of the Gospel precisely when it mentions Mary herself, who is constantly “pondering these things in her heart.”

One gets the idea from the Gospel of Luke that Mary certainly understood her significant role in salvation history, but nonetheless spent a lifetime processing that information (and later, some theologians say, spent the last years of her life sharing her wisdom with John and Luke).

Second, the most troublesome question in the song doesn’t trouble me, for one. “Did you know that your Baby Boy has come to make you new? / This Child that you delivered will soon deliver you.”

Yes, as we will celebrate on Dec. 8, Mary was immaculately conceived: She was already “delivered” when she delivered Jesus. But she was delivered precisely by the death and resurrection of Christ, which from the point of view of the manger was an event in the future. This is possible for God, who is not constrained by time, but for Mary, who is constrained by time, the fact that the act that caused her past deliverance was still in the future was definitely worth spending some time pondering.

Third, if we wanted to get all technically theological about Christmas songs, we might stop and ask ourselves why we’re celebrating the incarnation in so many songs on Dec. 25 instead of on March 25 — the feast of the Annunciation. That is the day we commemorate as the day on which the Word became flesh.

But I get why we celebrate it the way we do — the Nativity is the dramatic moment at which the incarnation goes public. But I also get why “Mary Did You Know?” is okay though theologically imprecise in the same way that singing “Joy to the world, the Lord has come!” at the Nativity instead of the Annunciation is okay though theologically imprecise.

Objection 2: It is just bad art!


Another argument against the song is that it’s just a bad song. On the one hand, that’s a matter of taste. Some like it, some don’t. On the other, there is the question of where it falls on the musical spectrum.

A quick review: There are two kinds of art. The first is fine art: It is expensive to produce, high-quality and appeals traditionally to upper classes. Classical, Baroque and Romantic concert music are examples. Then there is folk art, which is more affordable, but also high-quality and appeals to working classes: Folk music, bluegrass and traditional music are examples.

There are also two kinds of pseudo-art. Middlebrow imitates fine art and reaches for it but doesn’t … quite … make it. Examples would be Les Mis, Kenny G. and I suppose Easy Listening music. Kitsch would be music of less taste, less artistic merit, and with low intellectual demands. Hate to say it, but all our favorite pop music falls in this category.

I am not sure where Mary Did You Know? falls in the pseudo-art category, but it certainly isn’t fine art or even folk art. I, for one, don’t mind. There are lots of expressions of our faith that are well-loved and nourishing but are “pseudo-art” of one kind or another: The Divine Mercy picture, for one, and, to keep it Christmas, many nativity scenes and Christmas tree ornaments and, indeed, much Christmas music, is “kitsch.” We love them anyway.

Yes, this should be kept out of the Mass (the “music of the people” that Vatican II specifies means folk art, not psuedo-art), and yes, Vader Did You Know is hilarious, but why be upset about pseudo art that pops on the iPhone playlist? I, for one, say bring it on. It is part of our desperate need for Christmas.

This article was edited after this response by Father James Dean.