In Tragedies Great and Small, My Advice to Me: Do Not Be Afraid 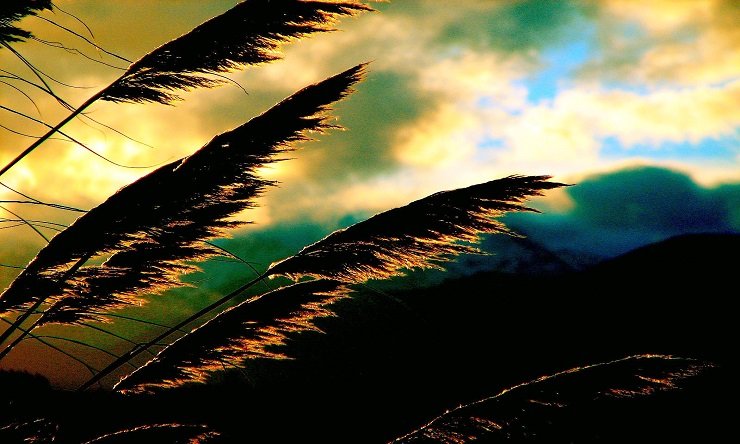 So do not fear, for I am with you; do not be dismayed, for I am your God. I will strengthen you and help you; I will uphold you with my righteous right hand.

How to comfort a troubled spirit? There is no magic remedy. There probably isn’t any ready advice from an “expert”. Sometimes, events unfold, and you are surprised, and, perhaps, chastened.

I was in radio news in Kansas City the morning the space shuttle Challenger exploded in 1986. My wife, who was having a meeting in her office not far from the station, with our station playing  at a low level. She told me later she heard a different tone in my voice as I read early news bulletins ahead of joining our network coverage; she quieted everyone. ”Something’s very wrong! Listen..” After my shift ended, I went to pick up our son at school. His first words: “It’s true, isn’t it?” “Yes..” “I knew it!” was his disgusted response. He trusted me to tell the truth. Yes, the adults in charge had failed, people died, and his dream was crushed.

In early 1982, I was at a radio station in Waterloo, Iowa, as News Director. Early one morning, I was  informed by a news staffer that a man in a nearby town had murdered his infant son in a rage overnight. As a father, I was very upset..and was determined to stare down this monster, face to face, after his court appearance that afternoon. I sat, with other media, in the courtroom. The door opened, and it wasn’t someone with horns and a tail. The guy looked like me.

I was the messenger of human failing. I rethought my profession many more times after these events.I was afraid I could not be impartial. As it was, in 2005, I “retired” from broadcasting with the intent to find the path to help others hone their God-given talent  and  skills to communicate effectively and honestly, and with humility. My path has taken me to Benedictine College, on the cusp of my 13th year.

I have had many conversations with current and former students, as well as colleagues and friends about the effect studying the Rule, and, especially, Chapter 7, where Benedict exhorts his followers to carefully measure their ascent and descent of their personal ladder:

Accordingly, brothers, if we want to reach the highest summit of humility, if we desire to attain speedily that exaltation in heaven to which we climb by the humility of this present life,  then by our ascending actions we must set up that ladder on which Jacob in a dream saw angels descending and ascending (Gen 28: 12). Without doubt, this descent and ascent can signify only that we descend by exaltation and ascend by humility.

The song “Wake Up, Everybody” was released in the mid-1970s. It was a modern R&B and  pop hit and, nearly 50 years on, is a personal testament by the writers, emotionally rendered by Teddy Pendergrass, It is such a simple message. We must be the change of heart the world sees, to challenge other hearts, and other souls, to set aside their fear and join us on a path that will be rough, but will take us, together, to a better place.

In the midst of anger, sorrow, doubt, and fear that grips us as Americans, we search for an answer, but, maybe, we have to not only determine the questions but what we, individually, are able to do for one other. You and I cannot change every human heart  filled with fear, but we can discern God’s plan for us to assist, with good great sincerity and, yes, our personal “descent”, so that another may realize a release of pain and, together, one with one, begin  the path of healing.