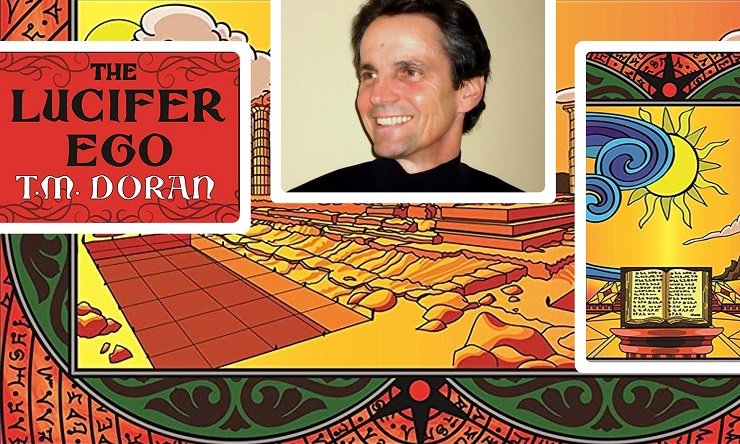 Something remarkable happens in the opening pages of T.M. Doran’s gripping new novel The Lucifer Ego, but in order to explain it, allow me to set the stage.

The novel is Doran’s self-published sequel to his critically acclaimed, traditionally published Toward the Gleam, an apologetics-infused adventure story that imagines what battles J.R.R. Tolkien might have faced in his day if he had discovered an enthralling prehistoric manuscript from a super-advanced civilization. 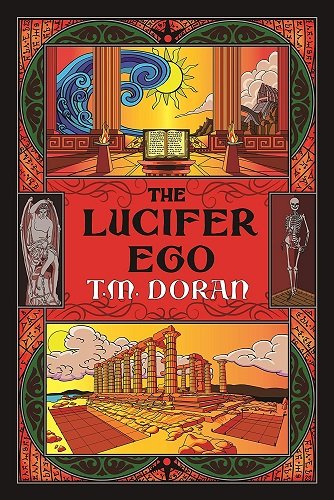 The Lucifer Ego quickly drops us into the mid-2010s aftermath of those events. Following a mysterious opening chapter that reads like a Christopher Nolan-inspired film noir, the novel moves to a familiar monastery. Lyle Stuart — a hard-boiled archaeologist who bears but doesn’t use the nickname Frodo for reasons that, at first, seem simple enough — is meeting with his uncle, the abbot whose predecessor took responsibility for the manuscript’s safekeeping. But the artifact has somehow been stolen, and the abbot asks Lyle, who ought to have expertise in such areas, to track it down. Less swashbuckling than staid, Lyle chafes at having to sacrifice any of his hard-earned sabbatical on what he sees as not even amounting to a fool’s errand.

During their conversation, Lyle notices that the abbot “was wearing the traditional garments of his Order, with nothing to distinguish him from Porter or any of the other monks.” A general reader would pass over the line thinking the description to be illustrative of the abbot’s humility — a notion that is confirmed with several deft touches of characterization that follow. Doran has thus reached out to baseline readers, as it were.

But catechized Catholics — or anyone well associated with liturgical vestiture — should immediately be asking themselves, “Where’s his pectoral cross?” Patience rewards them. Later in the chapter, Lyle meets another monk who is less interested in recovering the ancient manuscript than in restoring his superior’s peace of soul. The abbot, says the monk, “thinks he’s a failure…To hell with the artifact, I want our abbot back.”

We can now draw a conclusion: the abbot’s not wearing his pectoral cross because he has, in a sense, renounced his position as abbot. He believes himself to be so derelict in duty that to wear the sacramental sign of his office would be an offense.

That’s remarkable. For what Doran has done in this seemingly small moment is indicative of his accomplishment as a writer. Were I not to work at a college at which I regularly see an abbot with a pectoral cross, I might have missed that detail — one that Doran has left implicit, and one that Lyle, a skeptic at best, could not be expected to notice as conspicuously absent. Yet any reader will still understand the abbot’s humility. To construct such moments of both skilled characterization and literary surprise is the mark of a good mystery writer. To place sufficient clues and leave the solutions for a reader to discover is the sign of a great one.

The good news is that many such moments await readers in this novel. An itemized list of effects that Lyle examines contains “a worn Roman Missal” — suggestive of faith to many readers; indicative that the owner was probably a daily Mass-goer to Catholics. An innocent-looking skeleton in a scientist’s office hangs “from the ceiling as from a gibbet” — evocative of tragic death on the surface; an ominous portend of a crucifixion to come for vocabulary-savvy believers. Such deeply layered literary effects reward a second reading and distinguish Doran’s work as something more than one-off beach reading. And as with his previous novels, Doran uses these details to draw the reader’s focus to the big picture: the big eschatological picture. At least one major character, in other words, will encounter the throes of redemption and the painful cost thereof.

Walking the fine line of what to make obvious and what to leave implicit, however, takes much practice, and even the most studied writers profit from a professional literary editor’s perspective. Walker Percy and Flannery O’Connor deeply benefited from Caroline Gordon’s fastidious sense of classical aesthetics, even if they didn’t incorporate every little change she suggested in her scrupulously detailed and voluminous edits. Doran — and any writer hoping to self-publish — might consider taking advantage of a such a bookish reviewer.

Early in the novel, for instance, Lyle is contemplating his friendships, such as they are, when he thinks that he is “someone who liked to put things — and people, too, for that matter — in neat little boxes.” The judgement is too heavy-handed, especially at the beginning of the novel; even if there were an omniscient narrator, such an appraisal hits too hard and does too much of the heavy lifting of characterization without portraying it. The character’s limited point of view has been broached by out-of-bounds omniscient interference.

Similarly, a tense dialogue at one point proceeds with enticing narrative tension until the following line arises: “If she had been watching the man, she might have detected a hint of doubt.” Who can be making this observation? Not the man, for to refer to himself in the third person would require ample setup, precedent, and heroic self-knowledge. Not the woman, for how would she know what she didn’t see? Not the omniscient narrator, for there is none. Not a supernatural presence, for that would be the basest deus ex machina. Pardon me if I’m dropping into an overemphasis on literary epistemology, but a line like this in which there is no apparent perspective as set up by the story itself breaks the action and indeed the necessary tension of the scene.

In another place, Doran tries almost the opposite technique to set up one of the novel’s climactic moments: “The next few seconds were a jumble of memories and sensations, hard to piece together for the rest of his life.” William Faulkner and Cormac McCarthy can get away with such time-shifting lines because their stories depend on and even flaunt a kind of narrative fluidity, an infusion of kairos into the everyday. But without that kind of setup, Doran’s use of the technique too forcibly apprehends the reader. How can this character have this future knowledge in this present story-telling moment? Why are we being wrenched into retrospective?

Literary editors have been trained — usually by great books themselves, and also by a broad knowledge of aesthetics — to spot such divergences. The early drafts of The Great Gatsby aren’t so great — but Maxwell Perkins saw what needed to be done, and Fitzgerald somehow summoned enough humility to make the changes. Such success stories abound in the industry, and of course the opposite is, tragically, sometimes true. Gordon Lish, for instance, is generally blamed for ruining Raymond Carver’s early stories of what one scholar has termed twelve-step redemption by cutting them down to minimalistic suburban horror tales bordering on the nihilistic. Thankfully, Carver finally parted ways with Lish and re-released the now-famous stories as he wanted, but the point remains: a literary editor can be a blessing or a curse.

Ridding oneself of the office, however, does not seem to me the answer. While self-publishing may be in vogue and certainly appeals to those who can marshal the significant intellectual resources to shape the book through all its complex phases, the loss of a dedicated literary editor often means some rough edges in the final product. True, authors may have other, sensible reasons for going rogue from the publishing industry. But fine-tuned aesthetics proper to literary art should not go with it.

Again, the good news is that, for the most part, such is not the case with The Lucifer Ego. The many skillful moments of wonder and exhilaration more than make up for the occasional lapse in narrative perspective. Those new to Doran will encounter a tightly plotted mystery infused with the soul of a modern thriller, and readers who enjoyed Toward the Gleam will find themselves happily lost again in Doran’s enticingly imagined world of “inconvenience rightly considered.”

This appeared at Catholic World Report.