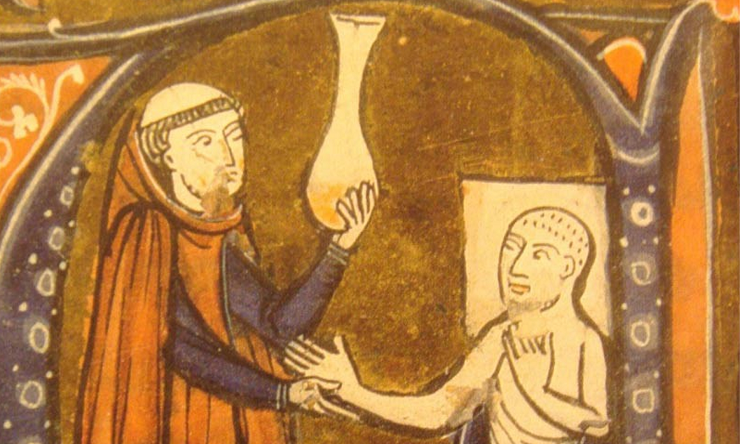 “What will we remember from this time?” asked Pope Francis about the COVID-19 pandemic. “The things that unite us.”

“Live the Rule” was the slogan in Benedictine College ads when I first learned about the college. Now, that is our guiding principle once again as the college steps up its efforts to serve students who are testing positive for COVID-19 and students stuck in quarantine because a roommate or friend tested positive.

It has meant that we have had to create a new team at the college: our quarantine squad, making sure students are getting what they need and that they aren’t being left alone. One staff member suggests we call the project “RB 36” — because chapter 36 of the Rule of St. Benedict is all about serving the brothers.

Benedict has great advice in that chapter.

First, Benedict says there is no greater responsibility than caring for the sick — who are Christ himself.

“Care of the sick must rank above and before all else, so that they may truly be served as Christ,” writes Benedict, “for he said: I was sick and you visited me (Mt 25:36), and, What you did for one of these least brothers you did for me” (Mt 25:40).

Christianity transformed the world in so many ways, but treatment of the sick was a dramatic one. We don’t just love the sick because of Christ — we love them as Christ himself.

I always remember what Pope Francis said about caring for the elderly. Benedictine College graduate Sister Bernadette Rose of the Little Sisters of the Poor was present when the pope visited the sisters in Washington, D.C., and reported what he said:

If it’s just one of those days when everything is hard, you can look at that difficult resident and say, “You know, Jesus, you’re really being a nuisance right now. You are really being spoiled, Jesus!” He shook his finger when he said it.

“Let the sick on their part bear in mind that they are served out of honor for God, and let them not by their excessive demands distress their brothers who serve them,” says the Rule.

This is one that men especially need to learn. “Women who complain about childbirth haven’t experienced firsthand how hard it is to be a man with a cold,” I like to say, to be funny. My wife, who has served me when I am sick, knows that it is less ironic than I might pretend. Benedict was probably dealing with men like me when he wrote that Rule.

Third, St. Benedict tells those serving the sick to put up with a lot.

“Still, sick brothers must be patiently borne with, because serving them leads to a greater reward,” he said.

Our own “RB 36” plan has valuable advice for college students on what to do for peers who are stuck in quarantine, sick or not.

“Ask ‘What do you need?’ but also offer a suggestion,” it says. “Reach out to your fellow Raven regularly. Even a ‘thinking of you’ text or phone call can be a welcome connection. So can FaceTime and Zoom.”

“Let a separate room be designated for the sick, and let them be served by an attendant who is God-fearing, attentive and concerned,” says St. Benedict, in advice all too familiar in our time of coronavirus.

But he adds some extravagances for the time: “The sick may take baths whenever it is advisable, but the healthy, and especially the young, should receive permission less readily. Moreover, to regain their strength, the sick who are very weak may eat meat, but when their health improves, they should all abstain from meat as usual.”

What are the equivalents for our time? “Arrange a virtual dance party, movie watch, book club, or game to play,” is the advice for college students. For adults, special food brought to the hospital is usually allowed and always appreciated.

As he does so often in the Rule, St. Benedict spells out the duties of the Abbot, saying, “The abbot must take the greatest care that cellarers and those who serve the sick do not neglect them, for the shortcomings of disciples are his responsibility.”

This is the tremendous practicality of St. Benedict. who doesn’t just share pious platitudes, but wants things to ensure it actually get done. Which is the final piece of advice: Do something today. As Pope Francis points out, the kindnesses we do now will be remembered for a lifetime.