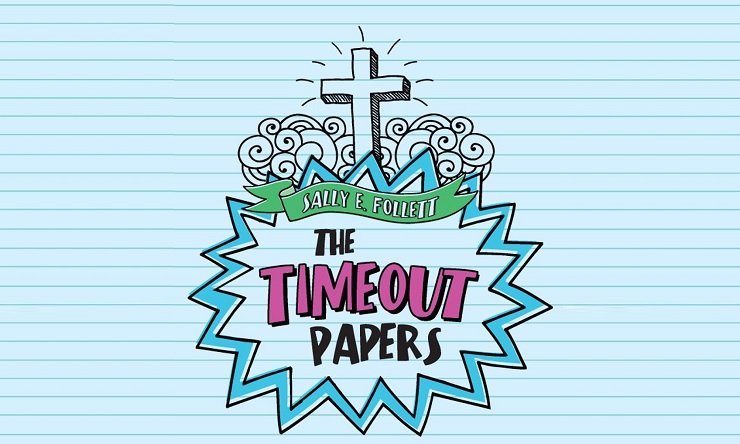 I loved the idea of the TimeOut Papers from Sophia Institute Press when a mom in our community shared it with me, and looking through the book impressed me so much that I wrote to its author, Sally E. Follett, to find out more.

The book is a spiral bound notebook of one-page chapters that explain the “why” behind virtues and vices. Follett composed them to hand to her children when they were in time out for one offense or another. Their job was to copy out the applicable lesson.

The book teaches lessons about basic virtues and vices. And it gets very specific.

Each lesson applies human and Bible wisdom to common childhood misdeeds I’m sure other parents will find as familiar as I did. Chapter titles include both “Sneaking Food” and “Rejecting the Food Provided” — both “Leaving a Mess in the Bathroom” and “Flushing the Wrong Things.”

There is of course “Screaming,” “Whining,” “Talking Back” and “Tattling.” But the book also teaches positive lessons: “Being Thankful,” “Putting Others’ Needs First” and “Helping My Neighbor.”

Surely there are stories behind some of the entries, such as “Breaking Municipal Laws.” There are also some tough topics: “Spending Too Much Time With Technology,” “Looking at Immoral Things,” and “Disrespecting an Elderly Person.”

But what the book amounts to is a practical lesson in applied spirituality.

Follett is a mother of four in Texas. Before writing the papers, Follett was frustrated by her typical modes of discipline: anger and lecturing.

After one son’s offense, “I remember just bowing my head in our home school room and asking, ‘God what should I do?’” she said. “In a short flash of infused understanding — which by the way surprised me — I understood that I should write why it was wrong for him to do that sin and a prayer asking forgiveness, and have him copy it for his punishment. “

After writing that first paper, she felt peace. The more she wrote and used them, the more friends began to ask for copies of the papers for their families. She began to wonder if she might have a book on her hands.

Her children to this day remember the lessons fondly.

“Now that I am starting a family of my own, I have a much greater appreciation for the TimeOut Papers,” says an adult son. “It gently guides children to deeper thoughts about the impact of their actions.” He said the papers had a greater impact than any other discipline method in his life.

Follett’s 17-year-old appreciates that it was “a good way to receive discipline without anger.” One daughter, who had to defend herself against the brothers surrounding her, remembers the papers on hitting and fighting. Another, the obedient son, remembers watching others write.

“My favorite papers are the ones that teach children how to forgive and ask forgiveness,” Follett said.

That comes from her background as a Catholic convert. She was a Lutheran when she met her future husband.

“When I finished college and just after our wedding, studying Catholic Apologetics became one of my hobbies. The truths I found in the Catholic faith blew me away,” she said. “Learning about the approved apparitions of The Blessed Mother made me wonder how had I gone over 20 years without ever hearing about this on TV?”

The faith transformed her take on discipline. “As a child I felt an unholy fear of God. In the Catholic Church I met the mercy of God,” she said.

She especially appreciated the Sacrament of Penance, a “true gift of God” that transforms lives. “Where is the most merciful place on earth? The nearest confessional,” she said. “It is there that I found spiritual healing and new beginnings.”

“The TimeOut Papers are really a way to help children know what is virtuous, how to do better next time, and how to talk to God,” Follett told me. “I’ve been praying for each family that receives a book, [that they will raise] children that will go out and be a light to change the culture.”