Paul Spoke of Love in a Time Not Unlike Ours 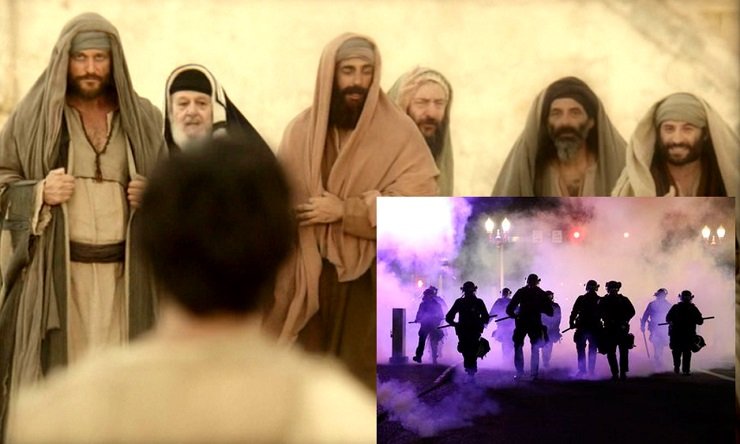 Brothers and sisters, rejoice.
Mend your ways, encourage one another,
agree with one another, live in peace,
and the God of love and peace will be with you.
Greet one another with a holy kiss.
All the holy ones greet you.
2 Corinthians:11-13

It strikes me as ironic that, of all people God chose to change a heart, Paul would be the one. As someone universally disliked and distrusted in his world, it took a dramatic act to “encourage” Saul, then Paul, to change his heart.

In the film “Paul, Apostle of Christ”, Paul is in prison, nearing his end (although the Emperor Nero and Paul’s captors seem to want to know more about how someone could change to the degree Paul accomplished). Paul (James Faulkner) tells Luke (Jim Caviezel) to deliver a message to Paul’s followers, who are in discouragement and disarray over Paul’s captivity.
“Write this down-We cannot repay evil for evil. Evil can only be overcome with good.”

Luke reminds Paul of the incessant evil the Romans have brought down on Jesus’ followers. “This world … doesn’t know a thing about love!”

Paul repeats that the only response is … love … “Love that is not easily earned … love that rejoices in truth.”
“Do you understand?”

Luke still can’t believe the degree of forgiveness and mercy Paul has for his captors and for a world seemingly bereft of love, but Luke begins to understand.

What do I see? I see a repeat of the civil unrest of the mid 1960s, the tumultuous events following the murders of Dr. King and of Robert Kennedy, and the culmination of all that pent up energy in the disorder around the Democratic National Convention in Chicago in August 1968. One image that remains in my memory is of walking up Michigan Avenue and seeing at each stoplight island, a Chicago police officer and his motorcycle and a National Guard member, with a rifle. “I don’t know this country” was the first response of a 20 year old just doing a job.

Recent events, and the response of our fellow citizens, has been dramatic and, at times, violent. I will say, in Kansas City, Mo., there is conversation, there is outreach, there is an open door to healing. What direction all involved take remains to be seen. But, there is hope. There is hurt. But, there is love.

My wise wife reminds me, often, we control what we can control. We can’t change everything, but if there is one small piece of progress, we have achieved.

In the midst of doubt and sadness, I see so much else in my world that is beautiful. I see weddings for former students this month, and the announcement that another former student and her husband are expecting (with the anticipated birth date the same as mine!). There is (still and always) faith, hope, and love. And, especially now, the greatest of these is love.