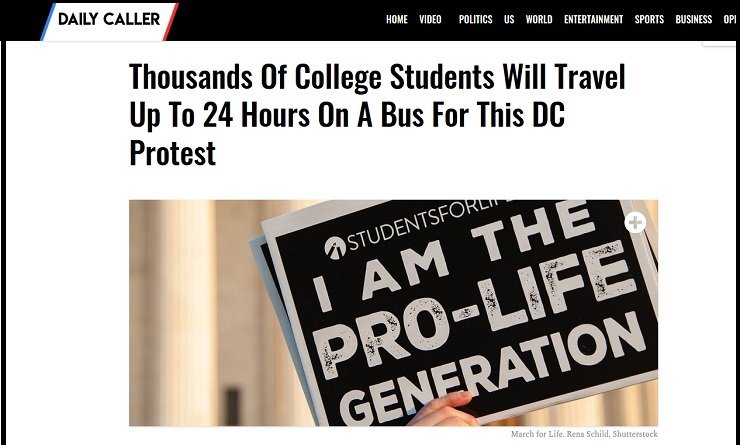 NOTE: Images from the March will be added below throughout the day on Friday, Jan. 24.

Brenedictine College students (and Gregorian Fellows) were in the news as more than 15% of Benedictine College’s student body  traveled to the March for Life in Washington, D.C. This year is the 40th year in a row the college has joined the March.

Mary Margaret Olohan at the Daily Caller reported: “College students throughout the United States will take bus trips up to 24 hours long as they head to the nation’s capital” — a reference to the long trip from Atchison, Kansas.

She quoted Ian Reilly, a Gregorian Fellow and Benedictine College Sophomore architecture major: “Abortion is an evil that claims millions of lives and disregards human dignity on many levels. It will always exist in our country unless young Americans, both men and women, speak out against it.” Reilly is the son of Cardinal Newman Society president Patrick Reilly.

Below are pictures of Benedictine College at the March for Life, which will be updated throughout the day of the March. 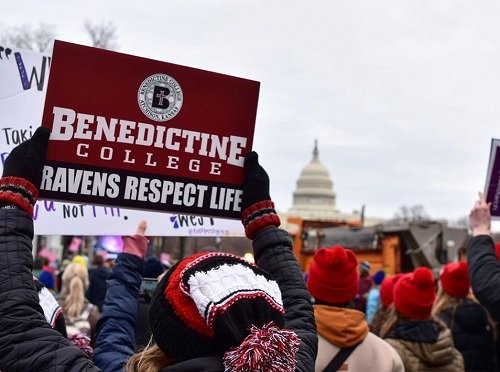 Ravens at the U.S. Capitol Building.

VIDEO: Ravens say the rosary, led by Gregorian Fellow Chris Rziha, at the end of the March.

Ravens at the U.S. Supreme Court across from the U.S. Capitol. 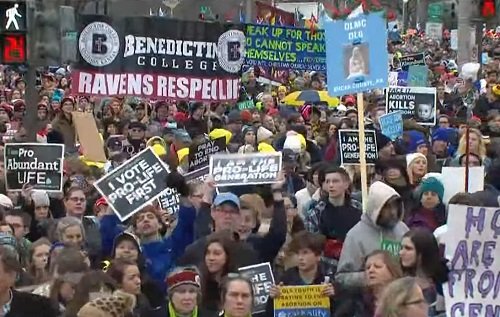 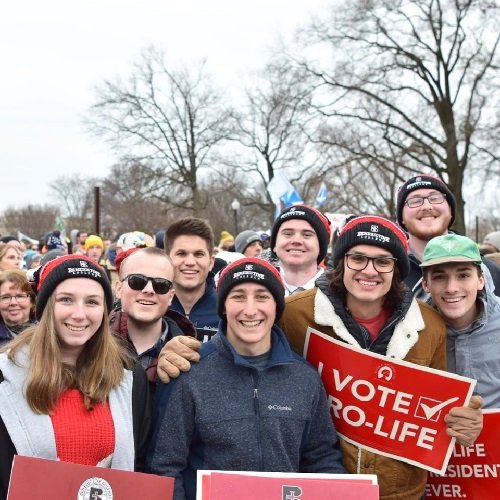 Ravens (and Gregorian Fellows) for Life …. 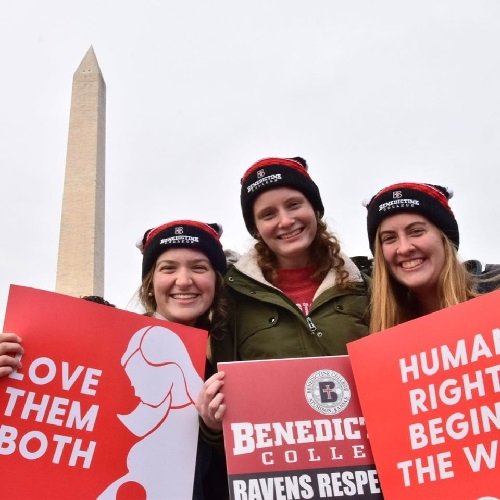 Ravens at the Wasington Monument. 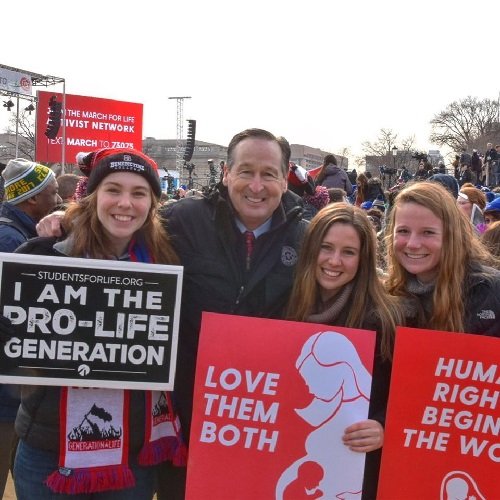 President Stephen D. Minnis and Benedictine College students at the 2020 March for Life. 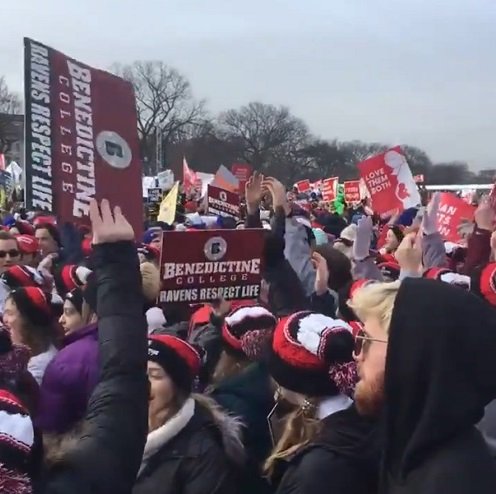 Students raise Ravens Respect Life signs above the crowd at the March for Life. 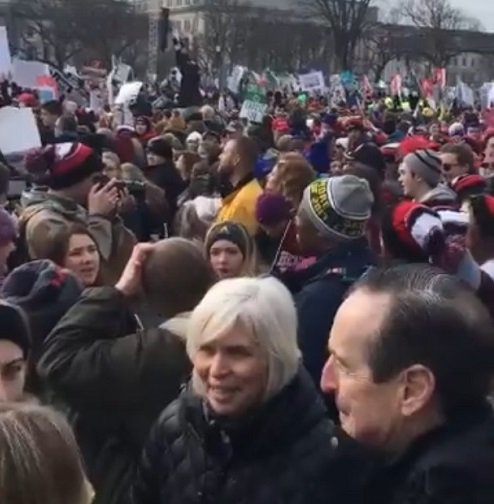 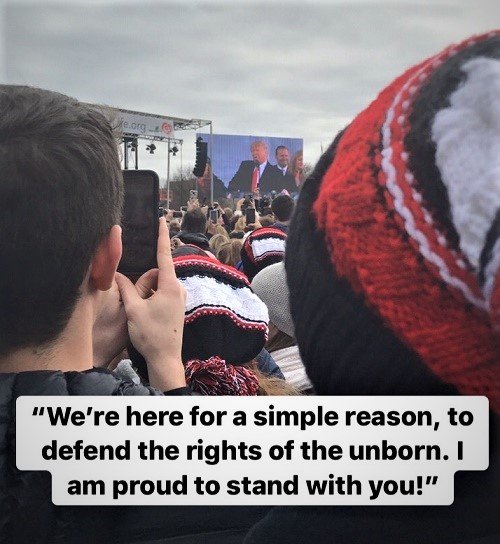 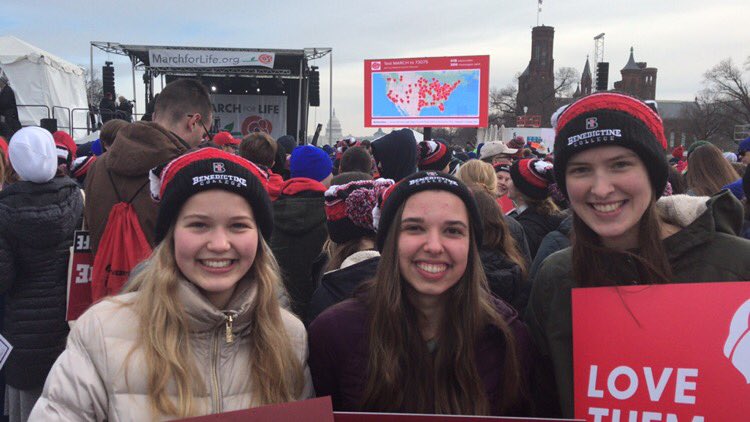 Ravens at the March for Life rally point Friday morning. 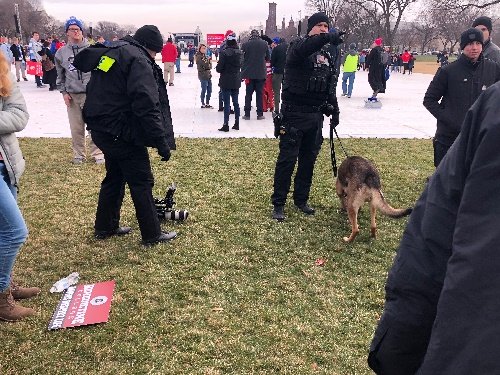 With the President attending the March, Benedictine College faced increased security on the Mall in Washington, D.C.

Benedictine College Ravens at early morning Mass at the Church of the Nativity in Washington, D.C. 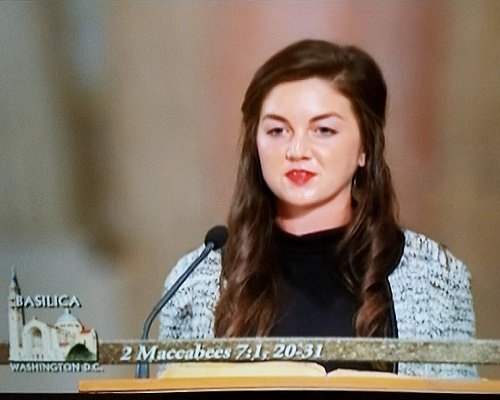 Gregorian Fellow Brigid Hoagland, Benedictine College class of 2019, reads the first reading in the Basilica of the National Shrine of the Immaculate Conception in Washington, D.C., for the Mass for Life Jan. 23. Kansas Archbishop Joseph Naumann, chairman of the U.S. Bishops’ pro-life committee, was the main celebrant. 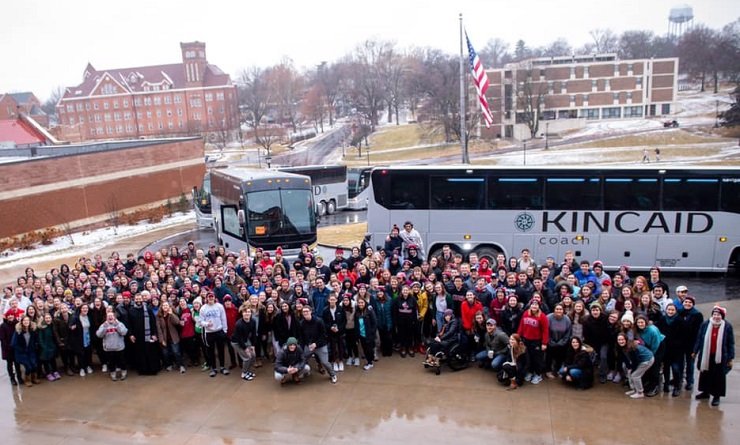 More than 270 students departed Kansas for the March, in addition to monks and faculty members, including the President of the College, Stephen D. Minnis. 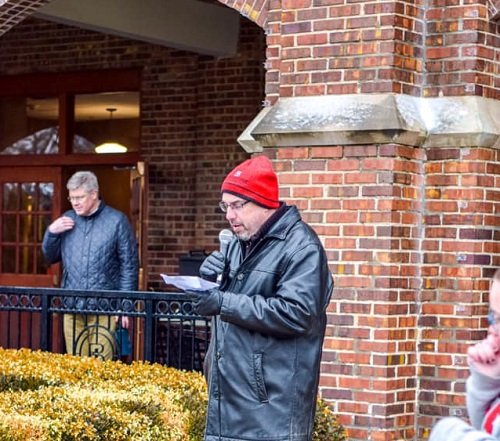 Abbot James Albers, who has participated in the March for Life for decades, blessed the travelers before they departed. 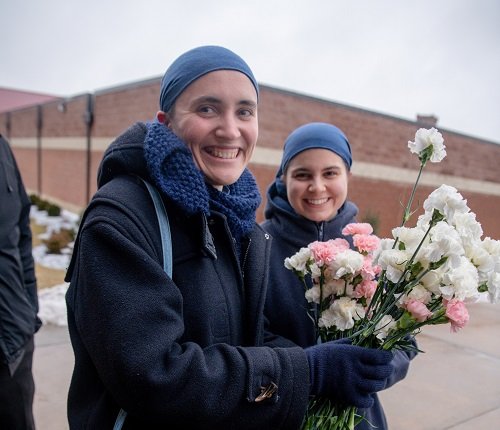 The Little Sisters of the Lamb helped pass out flowers to students. 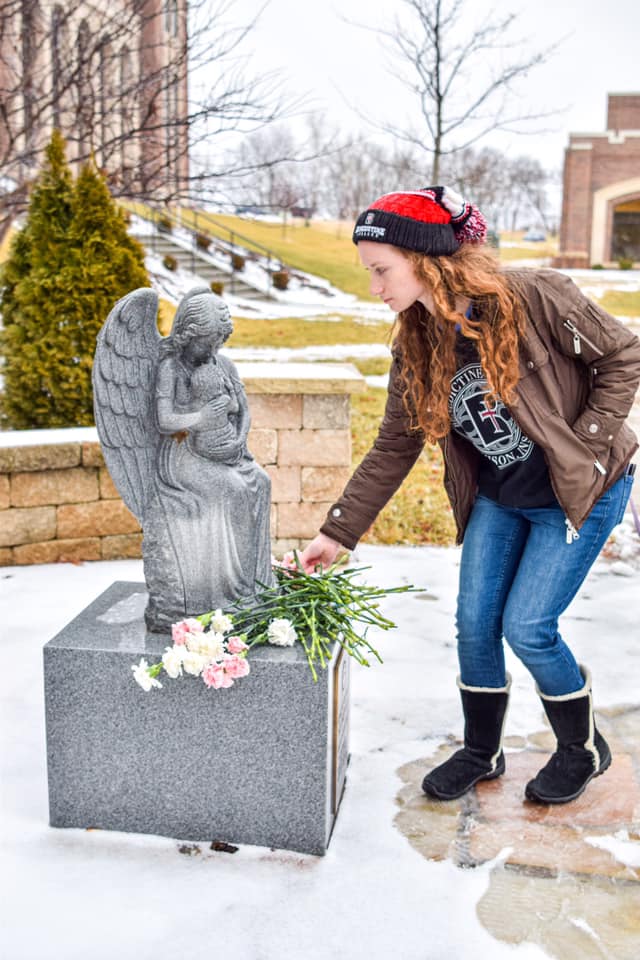 Students placed flowers in front of the Memorial for the Unborn, honoring those Ravens Who Might Have Been but were lost to abortion. 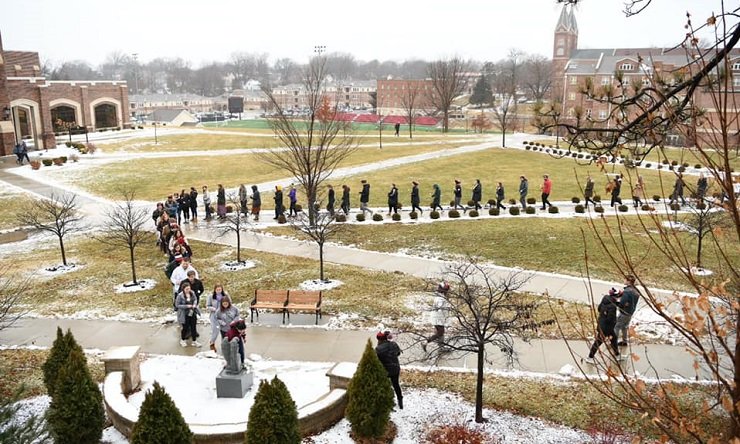 The procession is a moving beginning to the March for Life journey from Benedictine College each year. 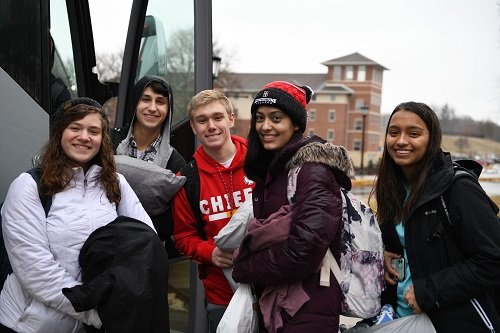 After the procession students boarded buses … 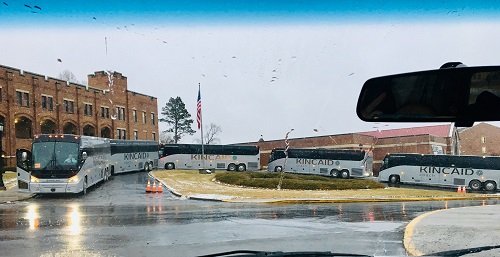 And then they were off!