Rediscovering the Power of Marital Prayer 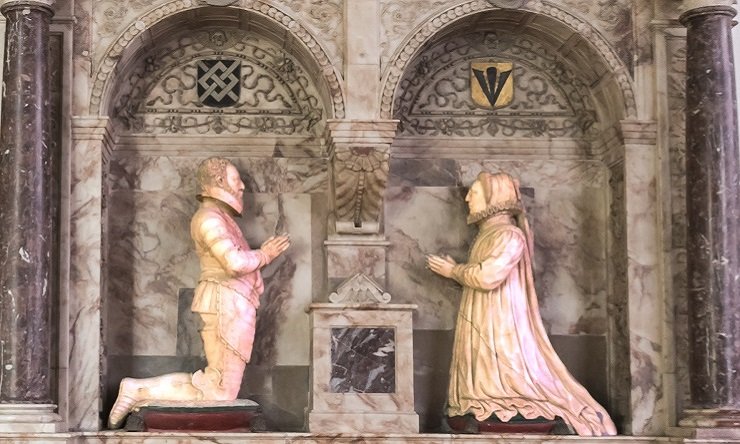 Nearly three decades ago this week, Father Arthur Swain told my new wife and me, as we knelt before the altar at St. Irenaeus Church in Cypress, California, to pray together every day.

Nearly three decades later, I feel like I’m finally doing what he asked. And discovering that marital prayer — just the two of us, talking out loud to God — is what my marriage needed, badly.

At my wedding, Father Swain spoke with a strange urgency to my wife and me.

He told us in his homily that he had something to tell us and that the rest of the congregation could listen in if they wanted to. He said the marriage bond was stronger than we knew. The State of California could not break it. The District of Columbia, where we were moving, could not break it.

He said that’s because the bond is Jesus Christ himself.

“There is only one thing I am going to ask of you,” he said, “and that’s to pray together every night. You won’t have much furniture at first, but you’ll have a kitchen table. Kneel at that table each night and pray.”

He was wrong. We didn’t even have a kitchen table. But from the start, we prayed together each night, by a packing box with a sheet over it.

Second: Praying with your family is important, also. But different.

“Pray every night, and when children come along, draw them into that prayer,” he said.

We did as we were told. But over the years, something changed.

At first, it was the two of us side by side. Then, it was one of us praying while the other bobbed nearby with the baby. Then both of us were praying — or not — while holding babies. Then we tried (or not) to pray as a family while corralling kids, until, eventually, we had nine kids sitting all over the living room praying the Rosary together.

It was good to pray as a family, but it was different. Our thoughts and self-expression were restrained to a public version of our needs. We were no longer two souls pleading our case before God, being vulnerable to each other and to him. We were parents being good examples, choosing the needs that kids can hear.

That was all well and good, but it wasn’t marital prayer.

Third: We learned the importance of praying alone with your spouse. Out loud.

The clash of two people’s selfishness in marriage is cataclysmic, and the hurt you cause each other can be enormous. Women often deal with this by raising their ire and repeating their demands. Men often deal with it by shutting their spouse out and shutting themselves down — in video games, drink, time at the office, or television. Both responses make everything worse. The pain grows monstrous while the spouses’ qualities shrink to nothing before each others eyes. Soon, the two souls are unrecognizable to each other — horrid caricatures where human beings once existed.

Fourth, and most importantly — God listens and acts.

He changes everything. He infuses a couple with grace, making forgiveness bearable, growth possible, unity reachable. But only if you invite him in.