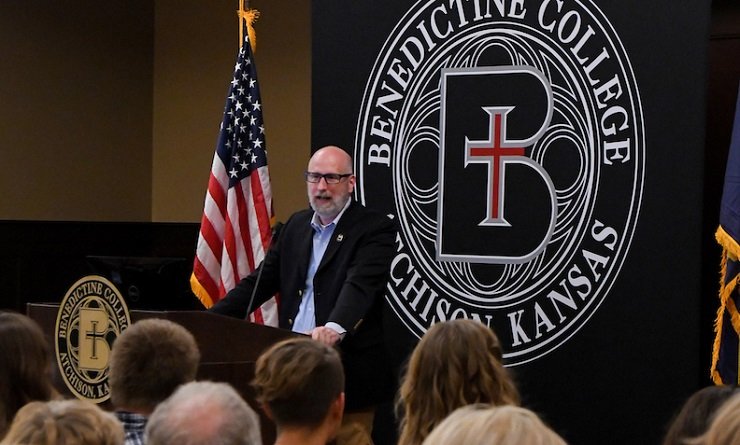 David French has a warning for presidential candidates in the heated primary season: Do not be extreme on abortion.

He cites candidates’ extremism in his new online publication The Dispatch.

He writes at The Dispatch:

“In a town hall last week, MSNBC’s Stephanie Ruhle asked Bernie Sanders, ‘Is there such a thing a thing as a pro-life Democrat in your vision of the party.’ Bernie’s response was blunt — ‘I think being pro-choice is an absolutely essential part of being a Democrat.’”

“That was a terrible answer. Not only did this response send a negative message to millions of pro-life Democrats, it also actively repulses pro-life voters who dislike Donald Trump, and — even worse — it was a symbol of the way that the American culture war has grown unnecessarily and gratuitously intolerant.”

In his column, French suggests a different path for Democrats.

Pope Francis recently told American bishops that the right to life with regard to abortion is “the preeminent issue of our day.”

French is scheduled to speak in classes across campus, including Leadership and Organizational Change, Christianity and Mass Media, Introduction to Law, First Amendment, and American Political Thought. In addition to his class lectures, he will also hold office hours in Room 409 of St. Benedict Hall. His office hours will be Tuesday and Thursday from 2:30-4:00 p.m. and Wednesday from 10:00 a.m.-12:00 p.m. Any students who want to drop by and talk with him are welcome, especially those thinking of law school or a career in journalism.

French, a graduate of Harvard Law School and past president of the Foundation for Individual Rights in Education, is a former lecturer at Cornell Law School. His next book, The Great American Divorce, will soon be published by St. Martin’s Press. He was awarded the Bornze Star for his 2007 service in Iraq.

In his Fall lecture at Benedictine College, he warned that animosity endangers liberty. In his Dispatch column, French points out:

“In the extremist world of the revolutionary left it is often unacceptable even to imply that there should be any discomfort at all with the decision to abort a child. In that world, there is only one way to speak about abortion — as an empowering, even possibly virtuous act. Abortion isn’t problematic. Abortion is simply health care.”

Calling unborn children among the “most defenseless and innocent among us” Pope Francis writes in Evangelii Gaudium, “Frequently, as a way of ridiculing the Church’s effort to defend their lives, attempts are made to present her position as ideological, obscurantist and conservative. Yet this defense of unborn life is closely linked to the defense of each and every other human right.”

The Scholar in Residence program is just one program of the Center for Constitutional Liberty at Benedictine College which provides students and the broader public a chance to immerse themselves in the foundational principles and values of a free society through an interconnected series of field work, speakers, public outreach, scholarly effort and leadership development.