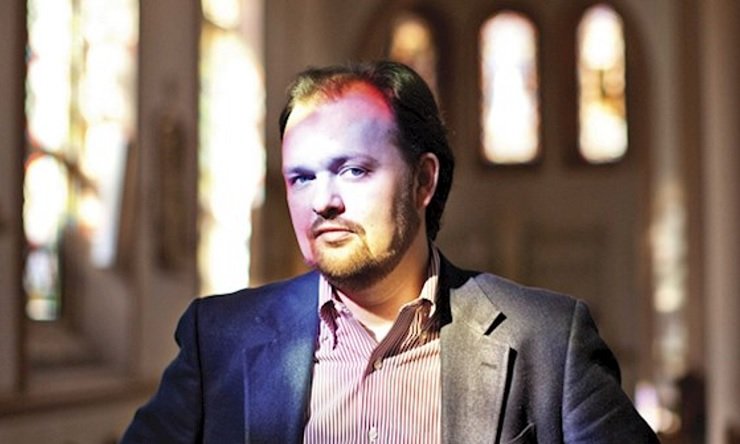 How can Christians transform culture in America? Leading voices in the New Evangelization are scheduled to answer that question March 20-21, 2020, at Benedictine College’s Symposium.

New York Times columnist Ross Douthat will be the first keynote to speak at the Symposium on this year’s theme: “Destroyer of the gods: Christian Culture vs. the Idols of Secularism.” (Check the website for potential cancellation as coronavirus situation develops.)


Dr. Matthew Muller, who directs the Symposium, said he is happy to see the Symposium becoming a platform for the most exciting new ideas about the transformation of culture.

“In 2017, the Symposium became a forum on Rod Dreher’s Benedict Option when he opened the conference with his keynote presentation. This year, the Symposium will open with Ross Douthat presenting the ideas from his new book The Decadent Society and what he sees as the way forward.”

Douthat’s book is subtitled How We Became Victims of Our Own Success, and in an interview this month with Rod Dreher, the two Symposium figures discussed their two approaches.

In one question, Dreher tells Douthat, “Walker Percy had this theory that people secretly loved hurricanes, because the prospect of impending disaster re-enchanted the world, in part by casting out the spirit of ennui,” and asks: “What would you say to people today who long for some sort of cleansing cataclysm to purge the rot from the system?”

“Be careful what you wish for!” answers Douthat. He compares Dreher’s suggestion to the 2001 terrorist attacks on America.

“I think a lot about the way that September 11, which happened when I was in college, made a whole cohort of young people and intellectuals feel like this was the end of decadence that we’d been waiting for, that at last there would be some grand purpose to life, some civilizational struggle for our times. And what came of that? Not an American renewal, not a successful crusade for democracy and human rights: Just a lot of dead people in the Middle East, and a war that’s devolved into the droning of terrorists and the perpetual management of frozen conflicts. That’s an example of what in the book I call the perils of anti-decadence: We can and should be discontented with our situation, but we should recognize all the ways the revolutionary or crusading alternatives can end like the Iraq War, or for that matter World War I — in death and futility and grief.”

Dreher also asked him directly about the two keynotes’ approaches: “If one were to read The Benedict Option and The Decadent Society in succession, and to ask himself, ‘What should I do now?’ – what would be the most reasonable conclusion?”

Douthat answered that the answers proposed by the Benedictine Option, “broadly defined, are a really important way to resist decadence at the local level, with families and churches and communities as important seedbeds for growth and creativity and dynamism.”

But Douthat says that answers need to come from all levels of society.

“[R]enaissance comes from things happening at multiple levels all at once,” he said, “so there’s a place for people working for political realignments, for artists and intellectuals embedded in ossified institutions and trying to transform them from within.”

He added: “I think the Benedict Option offers a starting point or foundation for renewal to the extent that it remains somewhat outward-looking, not just defensive – and also the extent that it doesn’t just confine itself to pastoralist concerns (as important as those are) but also recognizes that ours is an urbanized and technological civilization and likely to remain one, and so a vocation to the city and the university and the laboratory and even the start-up incubator should not be disdained.”

Douthat does see signs of hope in our culture though. In addition to impressive philanthropic efforts and thoughtful filmmakers, he said the true hope is “in my own three-going-on-four children, and the big families that make noise in our parish every Sunday Mass. In the fact that I spent the day after my book’s release, Ash Wednesday, walking the streets of oh-so-secular Manhattan, and there were ashed foreheads everywhere I looked — a sign that whatever may be wrong with American Christianity, there’s also life in those dry bones yet.”