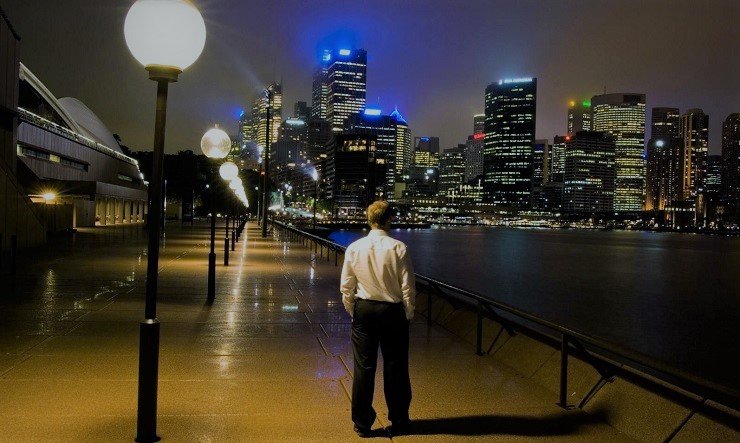 You may not have read the book The Lonely Crowd by David Reisman, with Nathan Glazer and Reuel Denney. It was required reading in a community college sociology course. “The Lonely Crowd” was published in 1950, and as the Chronicle of Higher Education described it in a 2010 revisiting review: It ”described a shift in the way Americans followed society’s prescriptions, from a 19th-century ‘inner-direction’—behavior internalized at an early age from parents and other elders — to a mid-20th-century ‘other-direction,’ flexibly responsive to ‘peer groups’ and the media.” Thanks to growth in mass media, transportation, our “mass mobility,” we as a population had everything we could want or need almost at our fingertips, yet, we were “lonely”.

More than 80% of employed members of Generation Z — many of whom are just entering the workforce — and 69% of employed millennials are lonely…..Older workers have lower rates of loneliness; they are also less likely to say they feel alienated by their co-workers or emotionally distant from colleagues…

For many younger workers, a day at the office comes with a sense of emptiness and the need to hide their true selves, according to the data. More than 60% of both Gen Z respondents — 18- to 22-year-olds — and millennial workers — which the survey defined as those 23 to 37 — have a close friend at work. Yet they find their jobs less meaningful and feel more friction between their values and those of their companies, compared with older workers, the survey found.

And, to add to the mix the Pew Survey on Religion and American Life from October, 2019: “In U.S., Decline of Christianity Continues at Rapid Pace.” A survey conclusion:

Today, 62% of Christians say they attend religious services at least once or twice a month, which is identical to the share who said the same in 2009. In other words, the nation’s overall rate of religious attendance is declining not because Christians are attending church less often, but rather because there are now fewer Christians as a share of the population.

The millennials — the folks we boomers are depending on to continue the tradition of prayer and work — those who, we hope, continue the work of the Church in whatever worship setting they choose, are:

I suppose we can draw a line tracing the increase in post war mobility with less community and a reduced influence of family on socialization and faith life. I am much more concerned about the impact of social media, generally the “online life” versus “real life”. The potential for isolation is a bit frightening.

I suggest we form a “support force” to reach out to our younger family members, friends, and fellow churchgoers. Our number on job may be introducing the “adulting” skill involving reaching out, talking to someone in person, putting down the phone, and revisiting the joys of an abundant faith life.

These are tall orders, to be sure. But, with The Lord showing us the path of life, it’s the least we can do to help thee lonely, searching, unfulfilled, but sincere younger Catholics that God is always in our midst, and, with others, we can be enveloped in His fullness of joy.