This Sunday, How to Lose Your Vineyard 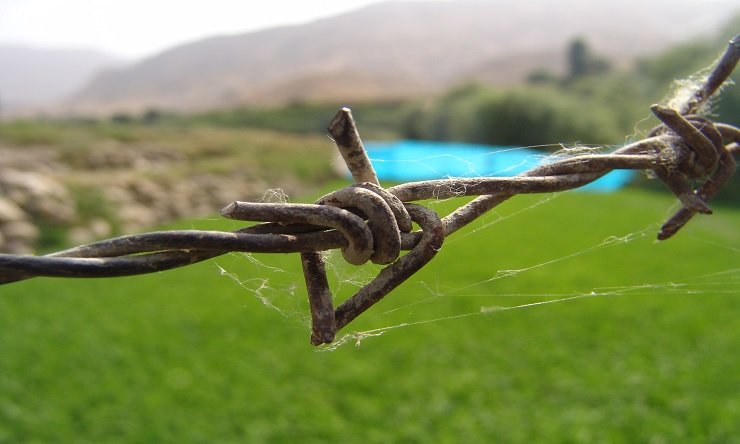 This Sunday, the 27th Sunday in Ordinary Time Year A, Jesus tells a parable so clearly intended to unsettle the Jewish leaders he is speaking to that we can forget the ways it should unsettle us, too.

The key line is the last: “Therefore, I say to you, the kingdom of God will be taken away from you and given to a people that will produce its fruit,” he says to his listeners. Ouch.

There is perhaps no more unsettling feeling than knowing that you have lost fundamental trust. Especially from Jesus Christ himself.

The story Jesus tells is perhaps the most direct allegory in all his parables. There is a one-to-one relationship between the story he tells and the events he is living. Jesus addresses this parable to “the chief priests and the elders” and they know exactly what he means when he says “There was a landowner who planted a vineyard, put a hedge around it, built a tower … and leased it to tenants.”

To make sure we also know what he means, the Church not only gives us Isaiah’s “Song of the Vineyard” as the First Reading but has us repeat its key line four times in the Psalm: “The vineyard of the Lord is the house of Israel.”

The parable gives us a great analogy for life on earth. The world is God’s — he’s the “landowner” — and we are here tending it for him while he is “away.” The Fathers of the Church point out that he’s not truly “away” — he just acts as if he were for our sake. He wants to trust us and he wants us to trust him.

But he doesn’t leave his people alone with their gargantuan task. He sends help — his grace, which is like the rain, and special servants, the prophets.

Nonetheless the Jewish leaders, like the tenants in the story, mess this up royally. They kill the prophets — and then when God sends his own son, they kill him also. So God takes the vineyard away and gives it to a people who will produce fruit. We go from “The vineyard of the Lord is the house of Israel,” to “I am the vine and you are the branches.” The kingdom of heaven moves from Israel to the Body of Christ, the Church.

The parable is not just a history lesson, however. It is a warning about our own future.

“A vineyard has been let out to each of us to tend, when the mystery of baptism was given us, to be cultivated by action,” writes St. Rabanus Maurus, a 9th century Archbishop cited by St. Thomas Aquinas.

St. Rabanus says the Lord also sends servants to help us tend our vineyards, too, namely “Law, Psalm, and Prophecy” — the Church’s morality, worship, and doctrines. If we reject these, we lose. “The vineyard is given to another,” he says. “The gift of grace which the proud has scorned is given to the lowly.”

When many of us neglect our vineyards the same way, the effect is massive. In the history of the Church in America, wherever Catholics have rejected the Church’s authority, we have quickly lost our credibility and our ability to attract followers.

In the 18th and 19th Centuries, many Catholics were afraid to offend the world and so downplayed or rejected the Church’s teaching against slavery and for the dignity of all people. The Church lost credibility and we handed our moral authority to others.

In the 20th century, when the Church taught against abortion, Catholics gained credibility whenever they stood strong for the right to life, but suffered huge losses when prominent Catholics in public life, medicine, and academia embraced and advanced the culture of death.

In the 21st century the Church is being tested again on the issue of marriage and sexuality. If we stay strong, we will suffer in the short term but then gain ground by defending the way of life that delivers true happiness. If we “slay the prophets” of Church morality, sacramental life, and teaching to try to please the world, we will lose big.

But this is not just a matter of holding the line on key issues. We also have to protect the vineyard of our daily life.

In the Second Reading, St. Paul describes how Jesus sends a sentinel to help guard each of our own personal vineyards. If you “make your requests known to God,” he says, “the peace of God that surpasses all understanding will guard your hearts and minds in Christ Jesus.”

What follows is a guide to living a Christian life in non-Christian culture. Paul uses a list of secular virtues popular in Greece as things Christians should “think about.” Don’t dwell on the darkness all around, but on the good in the culture.

Taping Paul’s list (Philippians 4:8) on your computer screen would be a great way to check yourself about where you spend your time online. There is good in the culture. Go there.

Do this and your vineyard won’t be taken away, and as a bonus you will “Have no anxiety at all,” says St. Paul. How?

The landowner in Jesus’s parable is amazingly patient with the tenants, up to and including sending his son to his death for them.

When the story played out in the life of Jesus, we know what happened next. That son who was killed by the tenants rose from the dead and now on every Easter we repeat the words Jesus says in today’s Gospel: “The stone that the builders rejected has become the cornerstone; by the Lord has this been done, and it is wonderful in our eyes!”

Not even death could stop Jesus. If we’re with him, why worry?