This Sunday, We Each Need a Strange Epiphany 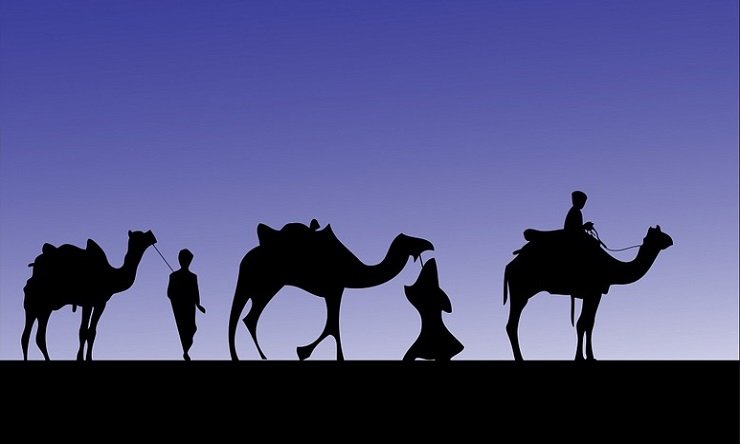 Certain stories in the Gospel take us by surprise. The three temptations of Christ, with the devil whisking Jesus around like a magician. The beheading of John the Baptist as a prize for a birthday dance. They are wild, unexpected incidents that don’t follow the rules of the rest of the Gospel.

The Epiphany is one of those. It’s an exotic adventure story that feels almost incidental to the main event. But it is crucially important not only for its meaning in salvation history, but for what it means for our own life.

Think of what the Magi did for each of the characters of the Nativity story, and for us.

Herod takes Jesus as seriously as anyone else in the Gospel. He not only believes in Christ’s identity, he believes in his power — but sees it only as a threat to be eliminated.

“Assembling all the chief priests and the scribes of the people,” says the Gospel, “he inquired of them where the Christ was to be born. They said to him, ‘In Bethlehem of Judea, for thus it has been written through the prophet …’”

Herod has faith without love. He knows who Christ is but sees him only as a threat. The religious leaders have faith without hope. They believe Jesus will come, but have no hope that he will enter into their lives in any real way.

We are exactly like Herod in those areas of our lives where Christ is absolutely unwelcome — where we expel him or kill him off — and we are like those religious leaders when our faith keeps going but we have lost the ability to let it touch our hearts and inspire our lives.

The shepherds and Joseph are better models for us. If Joseph or the shepherds were ever tempted to wonder if their encounters with angels were all just a dream, or a special moment stuck in the past, the visit by these men from the East put those fears to rest.

Or think of what the Epiphany meant for the Magi themselves. They are also stand-ins for us.

“You have heard” says Paul to us in Epiphany Sunday’s Second Reading, “it has now been revealed that the Gentiles are coheirs, members of the same body, and copartners in the promise in Christ Jesus through the gospel.”

This is an exciting statement that is a little like getting a call from Buckingham Palace saying “You are now part of the Royal lineage and you will inherit the throne.” It also sounded as jarring to Jewish ears to hear this as it would for the Royal family to learn that strangers from far away were now co-heirs with them.

But this is exactly what happened. The Old Testament readings this Sunday share a vision ofa great universal faith filled with people from all over: “Nations shall walk by your light and kings by your shining radiance,” says the first reading. “Caravans of camels shall fill you, dromedaries from Midian and Ephah; all from Sheba shall come.” The Psalm says, “The kings of Tarshish and the Isles shall offer gifts; the kings of Arabia and Seba shall bring tribute.”

If you ever visit the Vatican, or an international shrine like Lourdes, you will discover that this is indeed the Church we are members of. It is filled with strange people from every land who are all part of the Kingdom of Christ.

Or last, go even more cosmic. Think of the story from the point of view of the Star of Bethlehem.

The star that the Wise Men followed is not merely an astronomical special-effects element in a story (though, how cool is that?). It’s also a reminder that Jesus is not just king of the Jews, and not just the head of the universal Church — he is King of the Universe.

In fact, the entire natural order is like a homing beacon leading to Christ. The beauty of the world points to an Artist; the justice we crave points to Goodness Himself; the truth of science, math and logic point to the one who is Truth; the laws of the ordered universe point to the Lawmaker.

The Epiphany story turns on all the loudspeakers God is using to call to us: The Scripture, the Church and science.

The feast of the Epiphany is supposed to lead us to take Christmas more seriously.

Jesus has come into our midst. His presence among us could not be more obvious. The wisest men of history have told us about him, the Catholic faith has explained him to us, and Christmas is a huge dazzling display that points at him. But how many of us are oblivious to his true importance?

Those who make Christ the most important thing in their lives are better for it in many ways. They become more free, because they gain the knowledge and courage they need to make the right choices. They become more happy, because they are better able to appreciate everything they have; they experience deeper peace, even amid suffering; they even have more joy and ease with other people.

But how many of us do all of that? Do we see his worth, accept it and strive to live by his side? Or, in our day, is it just like it was in Bethlehem — do only a few oddballs recognize him and do him homage, while the only other people who realize how much he is worth are those who are threatened by him, and want to stamp him out from people’s hearts?

Let this Epiphany be the “aha” moment it was meant to be, reminding us Who it is we have just received.