Two New Raven Priests Made Their Mark on Benedictine, and Vice Versa 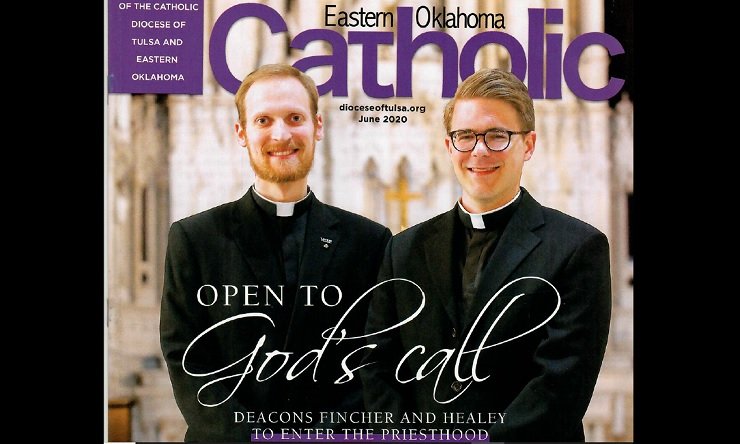 The Diocese of Tulsa, Okla., will soon have two new Raven priests. Deacons Jon Fincher and Robert M. Healey, are scheduled to be ordained into the priesthood by Bishop David Konderla on June 26. Both credit Benedictine College in Atchison, Kansas, with playing a major role in their vocation stories. 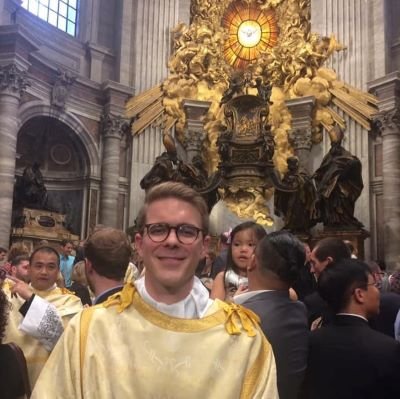 Jon Fincher is from Tulsa. His seminary studies brought him to Rome where he was based at the North American College and earned degrees from the Angelicum and the Gregorian.

“I never thought about being a priest, and it was the last thing  I ever wanted to do with my life,” he told Eastern Oklahoma Catholic, the newspaper of the Diocese of Tulsa.

That changed when he got to Benedictine. “During my freshman year at Benedictine College, I met the person of Jesus Christ. I knew that He loved me and that He desired intimacy with me. I started to learn how to pray, and I began attending daily Mass, as well as going to Confession more.”

“It was through these moments of  friendship with Christ that I began to be open to the priesthood,” he added.

He remembers one moment coming at Eucharistic Adoration on a retreat. “As the Blessed Sacrament was exposed, I knelt there and said, ‘Jesus, I don’t want to be here, so just do with me as you wish.’ At that moment, I looked at Jesus in the Eucharist, and then I looked at the crucifix; I just kept looking back and forth. For the first time in my life, I knew without a  doubt that that tiny host in the monstrance was the same Jesus who died for me on the cross,” he told the paper. “That same night, I had an encounter with a priest who encouraged me to be open to God’s call to the priesthood.”

Benedictine College’s mission of community, faith and scholarship helped him become aware of his true vocation, particularly through the monks on campus.

He listed among those who influenced him: “The monks of St. Benedict’s Abbey in Kansas, most notably Father Brendan Rolling, Father Bruce Swift, and Brother Leven Harton. These monks showed me how to love Jesus and how to give up everything for Him. For that I am eternally grateful.”

He posted a YouTube video of his own mission trip to New Mexico with Benedictine College while he was a student. Watch it here.

Asked what he expected to be the most difficult and most rewarding aspects of the priesthood, he answered, “I imagine that it will be heartbreaking to see people walk away from the truth of Jesus. … One of the most rewarding aspects of the priesthood will be accompanying others as they grow closer in their relationship with Jesus and his Church, especially as they encounter him in the Sacraments.”

Fincher has been sought-after as a seminarian, giving Theology on Tap and other talks, often about his favorite saint, Mother Teresa of Kolkata, founder of the Missionaries of Charity. 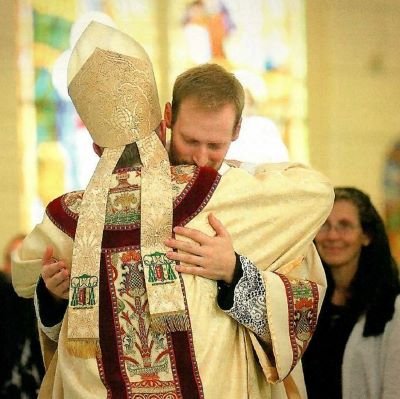 
Robert Healy is also from Tulsa.

“My boyhood desire for the priesthood continued to be present, more or less as I grew up, but it was not until I was at Benedictine College that I experienced the call to the priesthood as more than a hopeful future possibility, as a call to action,” he told Eastern Oklahoma Catholic, the newspaper of the Diocese of Tulsa.

“My heart was opened to the idea of the priesthood through a regular sacramental life, praying the rosary and spending time in adora­tion of the Blessed Sacrament,” he told the paper.

His biggest formative influences, spiritually are “The spirituality of St. Thérèse of the Child Jesus and the Holy  Face, and the theology of St. John Henry Newman. Hands down.”

He plans to live the college’s mission of community, faith and scholarship in his priesthood, he said.

“I plan to continue to study once I enter into parish ministry, because theology is a very practical science,” he told the interviewer. “Your understanding of it deepens as you live it, as you share it, as you return to things you have read before and discover greater depth.”

He wants to create a community of faith and scholarship, he said. “I hope to draw others into this mining process, because I have experienced the sort of exponential growth that  comes from contemplation of divine truths with other people. You learn from their insights as well as your own,” he told the paper.

Healey is remembered on campus for his theatrical nature. President Stephen D. Minnis remembers that he spoke entirely in an English accent on one visit to the school, and that one day he dressed as a Roman in a toga and posed in a campus building niche as if he were a statue.

He also wrote, produced and acted in the musical The Riddle. See highlights from the musical and read the Gregorian’s coverage of it here.