What It’s (Not) About: Three to Watch, One to Read 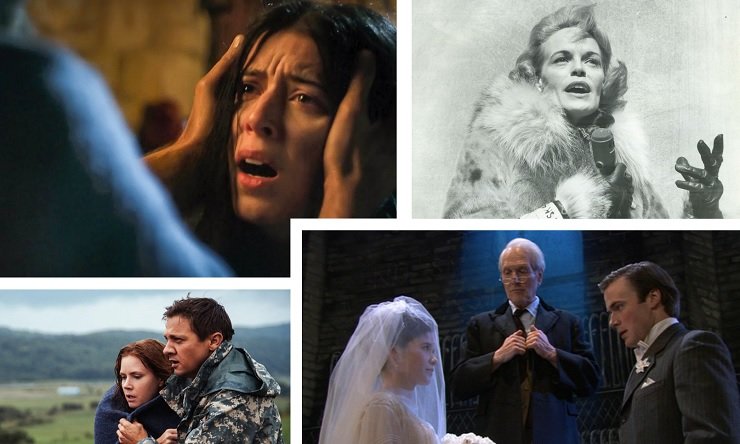 “The Spirit gives life; the flesh counts for nothing. The words I have spoken to you—they are full of the Spirit and life. Yet there are some of you who do not believe.” For Jesus had known from the beginning which of them did not believe and who would betray him. He went on to say, “This is why I told you that no one can come to me unless the Father has enabled them.”

From this time many of his disciples turned back and no longer followed him.

“You do not want to leave too, do you?” Jesus asked the Twelve.

Simon Peter answered him, “Lord, to whom shall we go? You have the words of eternal life. We have come to believe and to know that you are the Holy One of God.”

The best stories are, many times, not about what seems to be the topic itself, but the actions of the people in closest proximity to what is going on.

Top of my list: “The Chosen”. You may have seen some clips, and heard or read interviews with the director, the advisory board and, of course, the tremendous actors. You can donate something to watch season two, but you can also see the episodes free. It is the story of Jesus’ life, as well as the lives of those closest to Him. But it is not about Jesus and His works, not overtly. Those who are the most likely to resist His call are those who are converted, and who come alive at His message. I will leave the veracity of the narrative to my colleagues in Theology. As a story, it is like nothing produced about the life of Christ that has been done (“Jesus of Nazareth” is a close second). The miniseries is about how we determine our path upon hearing His word.

The movie Arrival (save for an unnecessary expletive in the middle of the film) is a great example. Mini spoiler: It’s not about alien arrival. Not at all.

The book and play, Our Town by Thornton Wilder is another. The narrative has little to do with the “town” and everything to do with its characters, especially one.

I look forward to reading the book This Is Chance! The Shaking of an All-American City, a Voice That Held It Together, by Jon Mooallem. The “narrative” is about the Palm Sunday,1964 earthquake in Anchorage, Alaska, a radio reporter on the scene broadcasting live, the National Guard official who helped keep things together for the population, and the local theater company. The glue is the reporter, Genie Chance, who is the heroine, but her story darkens. All is not as anticipated. The city rebuilt, the residents worked together, but what was, was no more.

The choice to accept the invitation to learn, to grow, to be at peace with the Father is totally ours. We can embrace the change that comes with that choice, to engage with those with whom we are closest, and live our lives as a holy people, seeking the Kingdom of Heaven.

To accept that invitation is seeking the answer to what’s actually happening.

Some of my students were generous in their thank you emails this past semester. They thanked me, mainly, for making the remote learning challenges workable and, they said, enjoyable. I wrote back, thanking them for participating. My message: What we accomplished was not about memorizing a set of facts. What we accomplished was determining how we react when we are exposed to a media product. That knowledge may not be put into play for, perhaps, years. You’ll be in the discovery mode, and that concept will resonate from a time past. That’s my goal.

Last, I am gratified to hear from the growing number of former students who contact me to let me know God presented them with the gift of “The One”, and they are getting married. When we talk, I confirm that. How their journey began in their meeting, its twists and turns, challenges and opportunities, highs and lows, all these elements stand out to them, but they affirm what I told them, as they were searching for eternal, true, love: When you meet that person, and grow with them, things make sense, it’s as if your cloud of doubt is lifted, you know you both are filled with The Spirit.

What is it about? It was a path that was unclear, and with a touch of apprehension, but you now know how this segment ends, and the most amazing chapter begins. You both know the real story and believe. …