What to Do When Your Marriage Looks Doomed 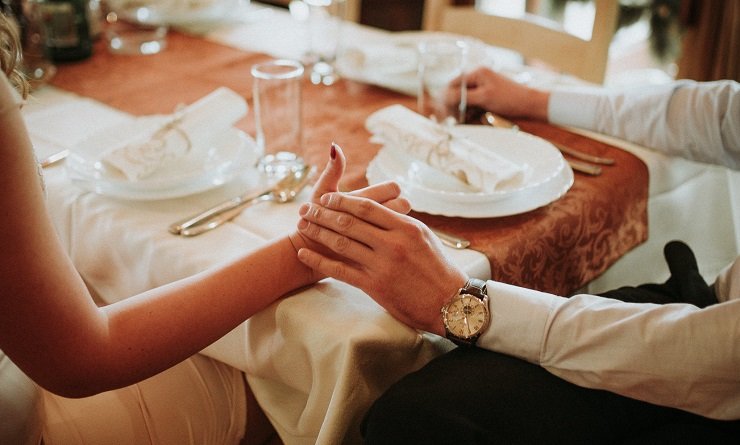 What can you do when your marriage is in trouble — bad trouble?

Marriage troubles are on the minds of the many people who have watched Marriage Story (which, yes, should be called Divorce Story) on Netflix. That can be a good thing. As I wrote in an article 15 years ago (an article that recently resurfaced), no one is immune to marriage troubles: Neither the newly married nor long-married; neither the faithless nor the faithful.

So, as someone active in marriage preparation, in addition to Five Catholic Teachings That Free Families I thought I would share some advice about what to do if your marriage is already troubled.

1: The first thing to do if you have marriage problems is to get help.

But traditional counseling sessions aren’t the only help available. When my wife and I were the editors of Faith & Family magazine we decided to include in every issue the story of a marriage that worsened to the brink of divorce, then battled back successfully. We often found one Catholic apostolate stood at the turning point of such marriages: Retrouvaille.

The group’s retreat approach has helped countless couples communicate to work out their differences.

2: Pray with your spouse.

Prayer can never be your only answer to a problem, but it should always be part of your answer.

At our wedding, the homilist commanded us to pray every night as a couple, and that helped immensely in the hard early years of marriage. But later, as children came along, couple prayer became the family Rosary, and we lost that nightly contact with each other and God.

It is only recently that my wife and I have started praying together as a couple again, just the two of us, and it has already made a big difference. We thought it would be awkward, but doing Evening Prayer from Magnificat or from an app has helped us re-establish ourselves as a couple looking together in the same direction, to God.

Whenever I hear from friends who complain that their spouse isn’t treating them right — always angry, ignoring their needs, never showing gratitude or appreciation — I always have the same advice: Love them first.

I know because I have tried it. When I feel like I’m being neglected at home, I try to make it a point to love more. I use the Five Love Languages — but I cheat. I do an act of love in a different love language every day. I schedule it: Bring flowers on Monday, offer a back rub on Tuesday, fix something on Wednesday, take time out for just the two of us on Thursday, and compliment something I’ve noticed on Friday.

My wife says not to neglect the advice of the book, though: Schedule the kind of loving acts your spouse most craves.

A strange thing happens when I start scheduling acts of love: I notice that I wasn’t the only one being neglected. I was being a bad spouse, too. Speaking of which …

I was complaining about my wife to God once in prayer when I felt like I got a clear answer back. It went something like this: “You hypocrite, remove the wooden beam from your eye first; then you will see clearly to remove the splinter from your wife’s eye.”

The message: If there is something you know you are doing that pulls you away from the family or from your spouse, stop it. Stop spending too much time away from home. Stop being absent from the family when you are home, whether it be through watching television, playing video games, or social media. Do what you need to root out your bad habit of pornography, overspending, drinking, impatience — whatever it is.

5: Get on the same page. Literally.

I know that for my wife and me it is very easy to stop communicating through no act of ill will. Life overtakes us, events move along, and before you know it you are out of touch and at each others’ throats.

So we began the practice of a weekly 30-minute meeting that makes a big difference. (We can tell how big when we skip it.) From my perspective, the two crucial aspects of the meeting are 1. That you actually meet and 2. That it be 30 minutes (or so) — so that the talker has to be efficient, and the listener doesn’t start skipping the meeting out of despair that it will be endless.

We follow a format that looks at each aspect of our lives, starting with the calendar, then children, finances, and personal goals.

It’s funny. The problems we have had in our lives look smaller, the more we focus on the good stuff.