Where Our Cars Take Us 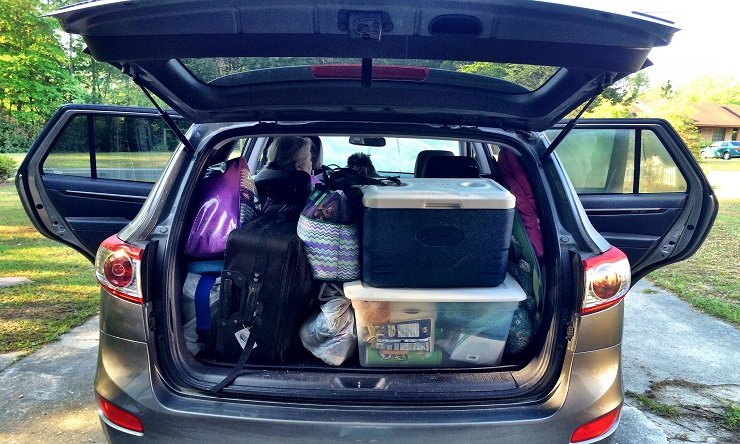 I have had a running conversation, as much as you can do so on Facebook Messenger, with a Benedictine graduate, someone who is doing great work as a social media manager. She recently had a Facebook post describing the “passing” of an older car, and the importance of the acquired memories, positive and negative, tied to the hours spent inside that vehicle as she finally purchased a brand new one.

I’ve written commentaries tied to travel, specifically, travel by car. While the conventual wisdom is that young people are not driving, even avoiding getting a license, opting for a general ID card, a greater percentage of millennials and their younger brethren I’ve talked with drive, a lot.

I posed this thought to former student: Were you leading, or following a dream in the years you used that older car? What places did you direct it to take you? Did the outcomes meet your expectations and dreams? I let that “hang” in my message, so I’ll see what comments come back.

I have mentioned the journey of two of our Young Adults at the Cathedral, married this past year. Their journey to that great day started out not as a formal “date”, but as a trip to a friend’s wedding, with the conversation continuing at such a pace they missed the highway turnoff and had to (with laughter) find their way to their destination. That bond, that mini-adventure, was the door-opener to learn about each other, and to follow their hearts, and God’s plan.
– – –

In the Gospel of Mark, Jesus gives the gentle exhortation, “Follow me”. Those shunned by “polite society” of the day, sinners and tax collectors, followed, and ate, with Jesus. Their lives were put on an entirely different course than they had anticipated. By following, they said “yes” in a conventional world. They were ready to make the trip, though they may not have recognized it. It would be a journey of unknowns, of pure faith, to a destination they had not dreamed could be…but, with the love of the Lord, their path was clear. Jesus’ loving message presents a clear path for us to follow, each day, in our imperfections and shortcomings.

As I wrote in a recent blog post about the road of life:

My 1974 Mustang II took me through experiences, people, and places about which I had no idea. It also was the vehicle that carried the person with whom I had the most important conversation of my life, the girl with flashing blue eyes and reddish-blonde hair, the woman who said “yes” when I asked her to marry me. We traveled in it to meet the parents, to cruise, but we decided to give it a rest when we took it on our honeymoon in favor of her 1975 Pontiac Ventura. It was in MUCH better shape than mine ever had been. It was OUR car, to follow the next path.

In the ensuing years, there have been a parade of cars with their own mechanical quirks and shortcomings, some good, some horrible, but all part of the benchmarks of life together.