Wouldn’t It Be Nice If We Were Married? 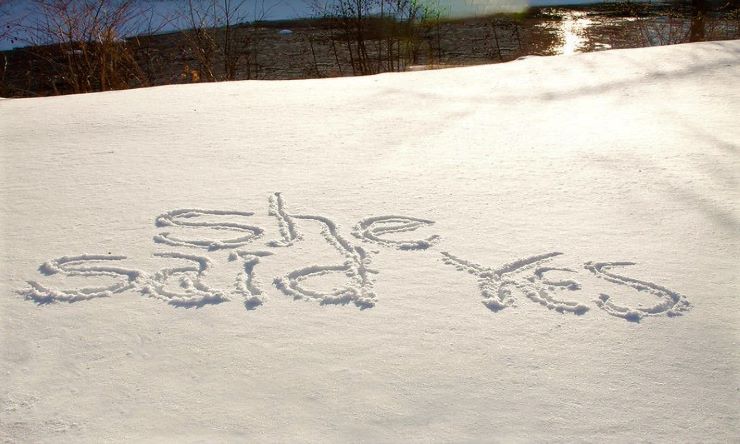 Some Pharisees approached Jesus, and tested him, saying,
“Is it lawful for a man to divorce his wife for any cause whatever?”
He said in reply, “Have you not read that from the beginning
the Creator made them male and female and said,
For this reason, a man shall leave his father and mother
and be joined to his wife, and the two shall become one flesh?
So, they are no longer two, but one flesh.
Therefore, what God has joined together, man must not separate.”

Wouldn’t it be nice if we were older
Then we wouldn’t have to wait so long
And wouldn’t it be nice to live together
In the kind of world where we belong?
Wouldn’t It Be Nice, Songwriters: Brian Wilson / Tony Asher / Michael Love-Performed by The Beach Boys

If you’re of a “certain age”, this song lets you drift back to what were, at least on the surface, much simpler times. The song was released mid-summer,1966, and was an immediate hit. It was made for listening and singing it in the car or at the beach, and the lyrics spoke to this young man, out of high school, whose first girlfriend had politely declined his high school ring, saying she was off to college and couldn’t be true to one guy. I wasn’t thinking of marriage, hardly, but the lyrics still spoke loud and clear of what might be, some day.

I realized much later, the song was about getting married, not being married. (We could be married, and then we’d be happy…). Like many pop tunes, whatever the genre, there is a story the writer wants to project, and how we respond is based on our own experience.

The experiences two people bring to their wedding day are their own, to be sure. The positive and negative life events, how we handle failure as well as success, How one’s potential partner treats those from whom no personal gain can be derived. Those signs speak volumes.

I have previously written about this monumental decision — to take the marriage vow before God, each other, the presider, the assembled community, is not something created in the lyrics of a pop song. Matthew quotes Jesus’ exhortation: “a man shall leave his father and mother and be joined to his wife, and the two shall become one flesh. So, they are no longer two, but one flesh.”

After more than 44 years of marriage, I think I have a good idea of the breadth of what is a command: You leave everything in your pasts. You begin with nothing but each other. You have the material items, but that is not what Jesus is telling the Pharisees. There are the possessions of the world, the things that we recognize and render to a degree of importance. But all is secondary to the covenant you make with the person with whom you are agreeing to give all.

It’s not a love song lyric.

It is the most important statement two people will make, and it is testimony to their intent to write their own history as part of the fabric of a troubled and confused world.

Maybe this can be the genesis for a song:

We are Us in Your service.