Your Soul Responsibility: Evangelize, Every Day 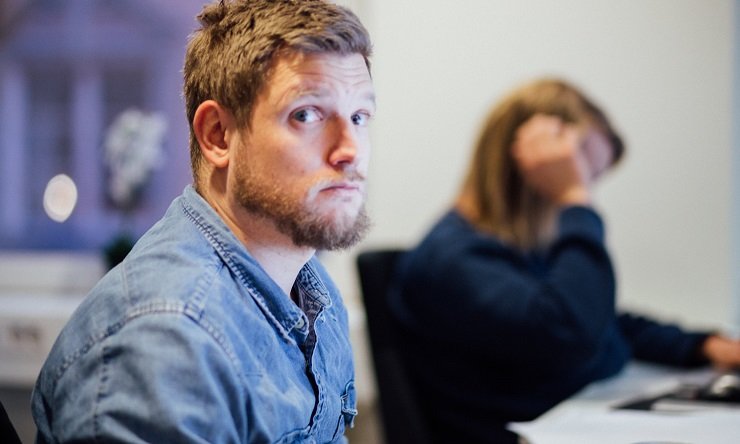 A friend told me what happened at work recently when a co-worker told him and his coworkers all about documentary he had seen about Jesus. According to the documentary, Jesus wasn’t divine and he wasn’t celibate. The Church and Constantine made it all up.

“I changed the subject,” he said.

Ouch. But understandable. This is a hard thing to do. But we have to learn to do it.

“There is a kind of preaching which falls to each of us as a daily responsibility,” Francis said in The Joy of the Gospel. “It has to do with bringing the Gospel to the people we meet, whether they be our neighbors or complete strangers.”

He called it “the informal preaching which takes place in the middle of a conversation” and said ”this can happen unexpectedly and in any place: on the street, in a city square, during work, on a journey.”

The first thing to do, he said, is listen.

Good evangelization has to be a dialogue, Francis wrote, where “the other person speaks and shares his or her joys, hopes, and concerns for loved ones, or so many other heartfelt needs.”

I saw how powerful this is when I recently saw someone I barely knew and hadn’t seen in years.

“I just have to thank you,” he said. “You said something to me years ago that changed my life.”

I expecting to hear one of my favorite Tom Hoopesisms, the nuggets of original wisdom that my children are sick of but that I remain impressed by.

“You said, ‘When you die, all you take with you is what you gave away to others,’” he said.

First of all, this is not an original piece of wisdom that I can bask in the glow of. It is great advice, but it has been said dozens of ways by countless people, not least in the New Testament (cf 1 Tim 6:6). Second, it is not something I ever remember thinking, let alone saying to anybody.

But apparently I did, and it hit home. The man told me why. “I was telling you about two career choices I had,” he said. “After you said that, I changed my plans.”

I had listened, and cared — and the Holy Spirit did the rest.

After listening, says the pope, “bring up God’s word, perhaps by reading a Bible verse or relating a story.”

This is fundamentally important. None of us is as smart as Scripture. I discover that over and over as I write about the Sunday readings. Jesus goes places my mind never would.

When people have questions, go to Scripture for answers. You don’t need to know much. For instance, it is surprising how many issues the Beatitudes apply to. If you can flesh out the lesson with a personal story, better still.

Third: Pray. With them, if possible.

As a final step, Pope Francis says, “If it seems prudent and if the circumstances are right, this fraternal and missionary encounter could end with a brief prayer related to the concerns which the person may have expressed.”

This is a gutsy move, for sure. But it is also the kind of thing that seems less weird the more you try it.

Praying with somebody does three things. First, it demonstrates your concern — you don’t want to win an argument; you want them to be healed and happy. Second, it teaches the person what prayer looks like. Many people you meet might have never heard someone pray. Third, of course, it brings God right down into the midst of you.

Above all, though, sincerity is more important than expertise.

You may not be a theologian or an expert in apologetics. It doesn’t matter. “Anyone who has truly experienced God’s saving love does not need much time or lengthy training to go out and proclaim that love,” says Pope Francis.

You don’t need to understand the intricacies of the Church to evangelize, any more than you need to know the restaurant industry to recommend your favorite restaurant.

As Father Michael Smitz put it: “When it comes to following Jesus it’s usually not more information that we need – but more guts.”