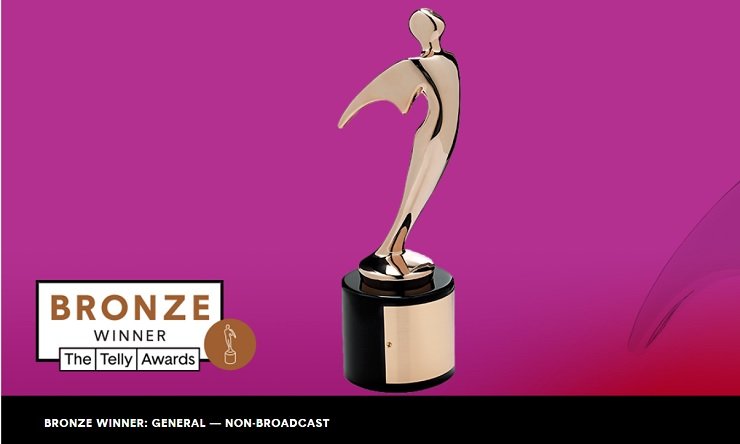 A Raven won a Telly.

The award went to the video series Hebrews: The New and Eternal Covenant, featuring Dr. Andrew Swafford, associate professor of Theology at Benedictine College and filmed on the college’s campus in Atchison, Kansas.

The eight-part series, presented by Swafford and Jeff Cavins and produced by Ascension Press, draws out the meaning of the Book of Hebrews in a simple way so Catholics can see and appreciate the riches God has given them in the New Covenant. The series won a Bronze Telly Award in the Non-Broadcast: Religion/Spirituality category. It is available for purchase online through the Ascension website.

“This is a tremendous honor. The team at Ascension is amazing, as is working directly with Jeff Cavins,” Swafford said. “It’s great to see such recognition for all involved — especially when it stems from our sincere efforts to open up the Bible and make it accessible in a lifegiving way.”

“I always think of Hebrews as the holy of holies of the New Testament,” Swafford said of the series. “It gives a sense of the heavenly grandeur of the New Testament. … Hebrews doesn’t give you ‘What’s the least that I have to do to avoid hell?’ It asks ‘How much of the divine life do you want?’”

“My prayer is that Hebrews will galvanize the Church to turn back to Jesus, the divine life of Jesus in the Mass. This is our strength, this is our life, this is the fount of life,” he said. “In all the sacraments we have Christ’s power. in the Eucharist, we have Christ himself.”

The Telly Awards began in 1979 as an honor for cable and other non-broadcast video and now honor new digital formats. The Tellies annually showcase the best work created within television and across video, for all screens. Receiving over 12,000 entries from all 50 states and 5 continents, Telly Award winners represent work from some of the most respected advertising agencies, television stations, production companies and publishers around the world.

“This is an incredible achievement!” said Sabrina Dridje, executive director of The Telly Awards, in the notification letter. “With the number of high-caliber entries submitted, this year’s Telly Awards entrants truly represented the most innovative stories being told across all screens. As a Telly Winner, you are the standard bearer of excellence in our industry.”

Click here for more information on the Hebrews study.