Benedictine President To Get Papal Award With Cardinal Pell, Hero Nun, Others 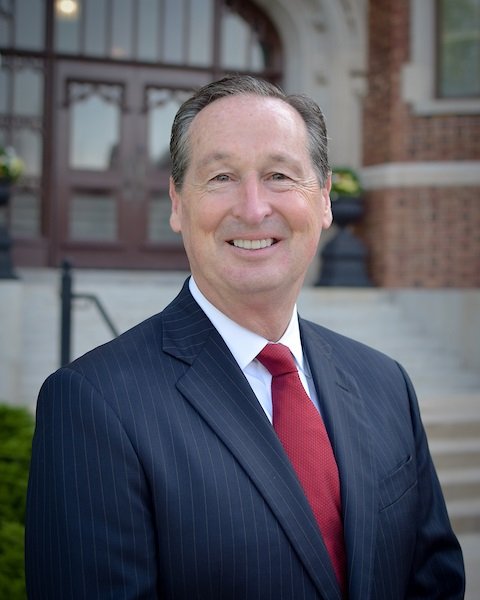 Stephen D. Minnis will be one of the remarkable Catholic leaders honored by Caritas in Veritate with the organization’s Papal Award on Sunday, Nov. 21, 2021. Minnis is the president of Benedictine College in Atchison, Kansas.

“This award is a tremendous honor for Benedictine College,” Minnis said. “It is gratifying to know that the effectiveness of our mission is being recognized on an international level.”

The award is given annually by Caritas in Veritate “to distinguished leaders in the international community and in the Church for outstanding work in charity and leadership.” The episcopal advisors of Caritas in Veritate include U.S. Conference of Catholic Bishops president Archbishop Jose Horacio Gomez of Los Angeles, and Cardinal Sean O’Malley of Boston. Caritas in Veritate has Consultative Status at the United Nations both in New York and Geneva, where its mission is to protect society’s most vulnerable populations from discrimination.

The award comes on the heels the launch of the college’s Transforming Culture in America plan formed in three years of meetings with board members, faculty, and leaders in all walks of life.

“Benedictine College’s new visionary plan is an exciting development for the whole Church,” Minnis said. “Caritas in Veritate shares our vision that Catholic truths about the human person are the answer to the deepest needs of the human person today.”

Others who will receive the award at the Nov. 21 Meet the Visionaries event in Phoenix, Ariz., include:

Since his appointment, Benedictine College has seen unprecedented growth. The enrollment has doubled to over 2,000 full-time undergraduates. Benedictine has opened 10 new residence hall buildings; six new academic buildings; a Marian Grotto; a student recreation center and dining hall. The college has either built new or renovated every dorm room, every classroom, and every athletic facility during this time. The college opened a campus in Florence, Italy; began a nursing program as well as engineering and architecture, making it one of few liberal arts schools in America and only the fourth Catholic university with engineering and architecture.

President Minnis himself participated in a student-initiated project to help fund and build a new Catholic church in Guatemala (shown above; watch documentary here).