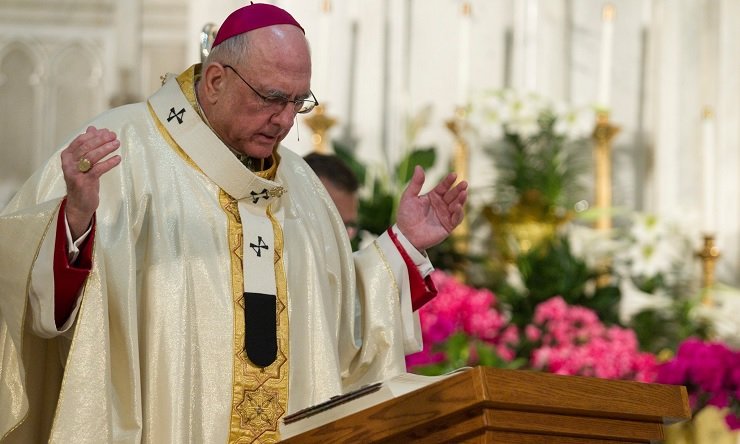 Bishops have a responsibility to correct the misimpression President Biden is giving to Americans about the Catholic Church’s stance on the right to life.

So says Archbishop Joseph F. Naumann, the Archbishop of Kansas City-Kansas, and a frequent visitor and collaborator with Benedictine College in Atchison, Kansas. He chairs the U.S. bishops’ committee on Pro-Life Activities.

Archbishop Naumann shared his thoughts on the new administration in an interview with Jim Graves of Catholic World Report published Saturday.

President Joe Biden has protected the abortion industry throughout much of his career, relying on abortion money for donations to fund his political campaigns while building the legal apparatus necessary for the industry to kill children for profit — yet he calls himself a devout Catholic, to the applause of the media.

“I can tell you how this bishop is responding” to the scandalous situation, Archbishop Naumann told Catholic World Report. “The president should stop defining himself as a devout Catholic, and acknowledge that his view on abortion is contrary to Catholic moral teaching. It would be a more honest approach from him to say he disagreed with his Church on this important issue and that he was acting contrary to Church teaching.”

Archbishop Naumann has a long history of standing up to civil authorities who mislead the public about the Church in order to do the bidding of the abortion industry, from Gov. Kathleen Sebelius in 2008 to a state senator last year. But none has been as prominent as the new president of the United States.

“When he says he is a devout Catholic, we bishops have the responsibility to correct him,” Archbishop Naumann told Graves. “Although people have given this president power and authority, he cannot define what it is to be a Catholic and what Catholic moral teaching is.”

He added: “What he is doing now is usurping the role of the bishops and confusing people. He’s declaring that he’s Catholic, and is going to force people to support abortion through their tax dollars. The bishops need to correct him, as the president is acting contrary to the Catholic faith.”

Asked about the decision of Father Robert Morey of St. Anthony Church in Florence, South Carolina, to refuse to give Biden communion in 2019, Archbishop Naumann defended the priest’s decision.

“When Catholics receive the Eucharist, they are acknowledging the Real Presence of Jesus, and also belief in the teachings of the Church,” he said. “President Biden doesn’t believe in the Church’s teachings on the Sanctity of Human Life, and he should not put the priest in the situation where he has to decide whether or not to allow him to receive the Eucharist. He should know that after 78 years as a Catholic.”

Archbishop Naumann also celebrated the steps made in Kansas to advance the “Value Them Both” constitutional amendment in Kansas. Benedictine College student efforts helped secure the amendment’s passage in the Kansas Senate.

“The way a constitutional amendment works in Kansas is that it needs a supermajority of the legislature, or a two-thirds vote, to put it on the ballot before the voters. We were able to get this supermajority in January. I am grateful and proud of our leaders in the Kansas legislature that made this happen,” said the Archbishop.

“Now we need a majority of Kansans to vote in favor of the amendment,” he added. “I do believe they will do so, although we face a challenging opposition which is already trying to confuse the public about what the amendment says and doesn’t say. The amendment corrects an error of the Kansas Supreme Court, which says the state constitution has a right to abortion. That puts all our pro-life legislation in jeopardy, and makes it impossible to pass more pro-life legislation in the future.”